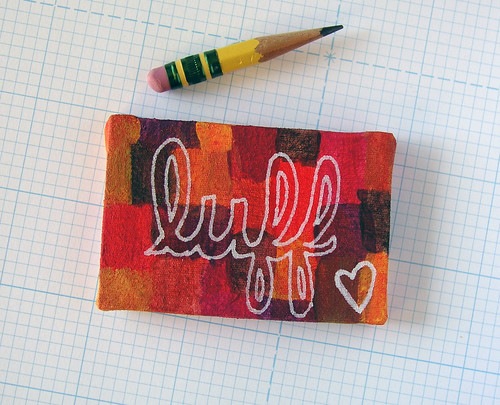 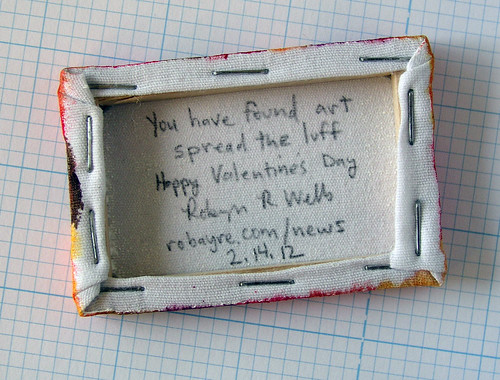 Since I’ve been in Artomat mode, painting my mini canvases I thought I’d like to make a little painting for this Valentine’s Day Found Art Tuesday. 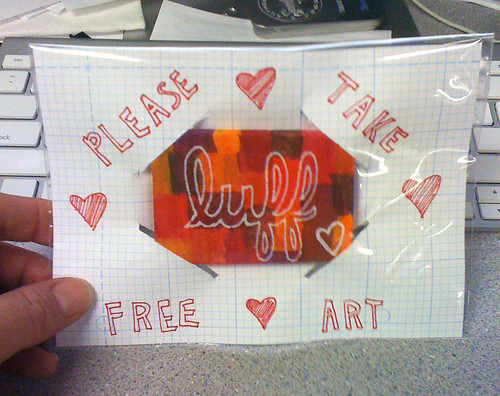 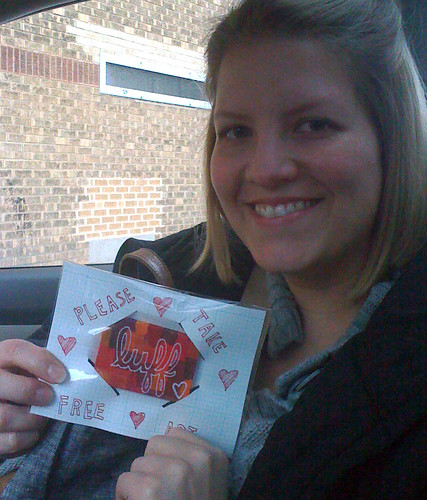 It took me a long time to think of where I should leave it. I wanted to get my mom a treat for Valentine’s Day, and I know she loves the cheese popcorn from the local candy store, The Confectionary. Then it hit me. What’s a better place to leave some love themed art, on Valentine’s Day, than in a candy store. Also fitting, as I am a candy addict. Once I decided, then I was nervous and worried about how I would leave it. It’s one thing to quickly ditch it somewhere, and another entirely to stick around and take photos. 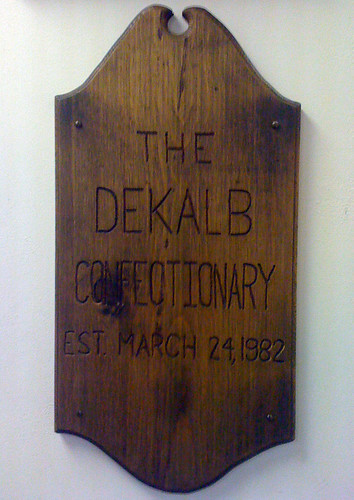 Naturally, after we were already on our way I realized I forgot to bring my nice camera with me, so all my pictures are from my cruddy camera phone. The picture on the left above is taken from the Confectionary’s website. 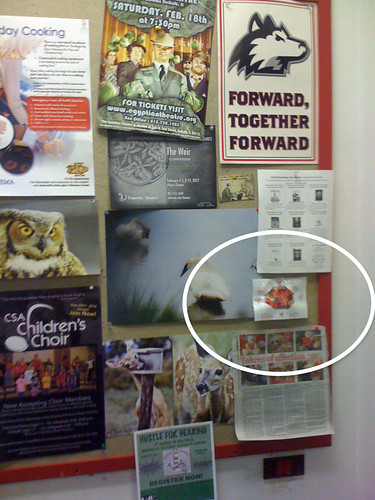 I would have loved to leave the art taped to my favorite jar of candy, but when we got in there the employees were remarking how it was the first time it had slowed down all day, so their attention was entirely on us. Instead I realized they had a bulletin board, so I had Matt pay for the popcorn while I hung my artwork on the board. 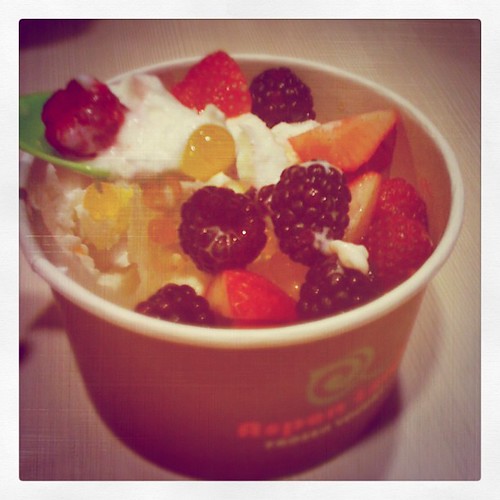 Afterwards, since it was Valentine’s Day, Matt and I went to the new Aspen Leaf Yogurt. I’ve been wanting to go to one of these new yogurt type places for a long time, and lo and behold, we suddenly have one in town. I have a feeling that it will be my go-to place during the dog days of summer.

Happy Valentine’s Day everyone. Now I’m off to check and see what Rosa, and others might have contributed.  I’d love to hear if you played too.