I have a confession. I’m in love. My love doesn’t have a heartbeat, or a pulse. In fact it’s cold, hard and has to be plugged in occasionally. My new love is an ipod touch 5g.

For Christmas my parents got me an ipod touch. Up until recently I had been carrying around an old, secondhand iphone 3 (not hooked up to service and just pretending to be a ipod touch). I fully believe I wouldn’t be so enamored of this new gadget if the one I had been using wasn’t so out of date. I couldn’t use a bunch of the apps I had downloaded, and more and more I couldn’t even download new apps I wanted because the OS was too out of date and couldn’t be updated any further. 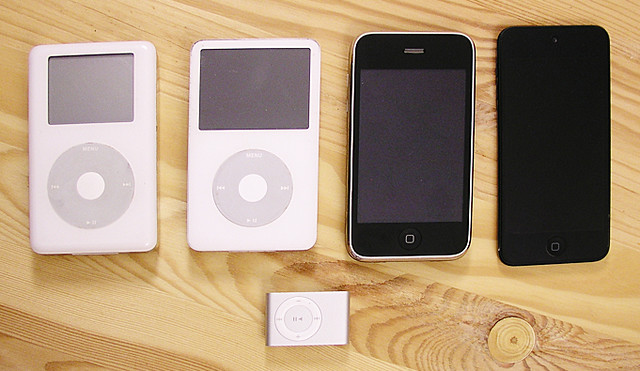 For a while I’ve really been wanting to upgrade to a real iphone or android, but man, oh, man, I just can not fathom how people pay that much for a phone plan when most places already have wifi ready and available.  Especially after finding out that I use less than 200 minutes a month on average. Sure, I’d love a smart phone so that I could get maps and routes for where I need to drive (GPS), or I could geocache at a moment’s notice, or even get my instagram fix while Matt and I take mini roadtrips. But are those things worth $100 a month? No! Those things aren’t even worth $60 a month to me, so until I can find that plan, no smart phone for me. 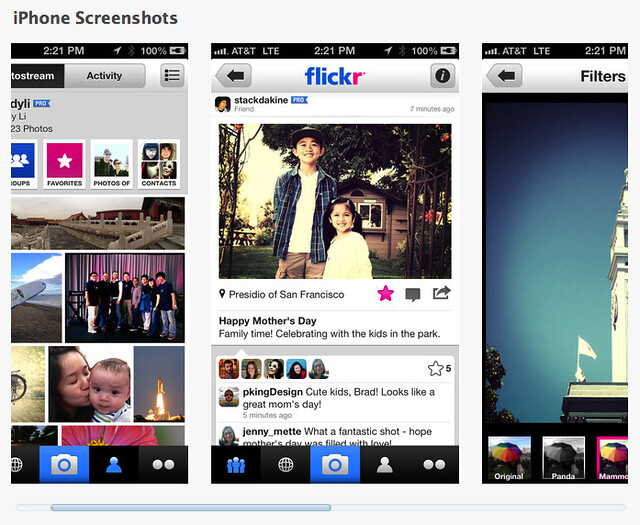 In the meantime I’ve downloaded tons of apps and I am smitten. Several new games, new photo manipulation apps, video apps, AND AND AND my favorite, the long awaited flickr update! A couple weeks ago when they announced their long anticipated release I immediately went to download it and was crushed to find out that it wouldn’t work on the iphone 3. It was killing me when other people started posting about how much they loved it. I was glad to hear the glowing reviews but so sad that I couldn’t use it myself. As soon as I got the new ipod I downloaded it and thought “eh, well, it’s flickr” but since then I’ve found I REALLY enjoy the layout and the way I can scroll back through people’s images and have found I’m spending way more time on flickr than I have for months. I think I’ve favorited more images in the last week than I have in months. Plus! Flickr gave me (and I’m pretty sure everyone else with an account) a 3 month free pro-account. I’ve had a pro account since probably 2005, but this bumps my next bill 3 months ahead. I know I’ve been way more active on flickr and I feel like the general activity is higher than it has been in a long time. I hope this means a return to the old flickr I used to know and love. Are you on fickr? The new app allows you to take pictures straight in the app, upload pictures from your album and/or edit them with filters similar to instagram.

and since then it has been featured on both Design Sponge 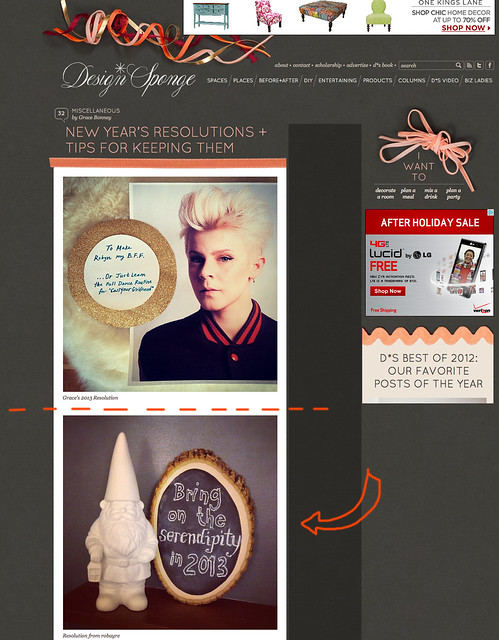 and on Make/Craft magazine’s blog 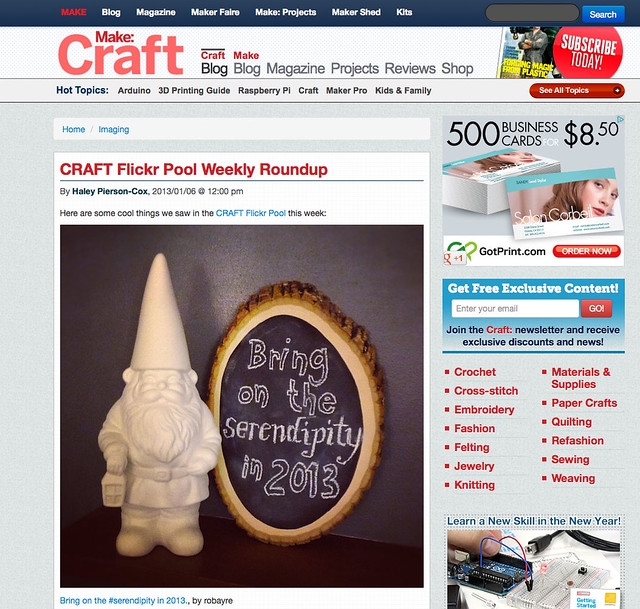 That’s a good start to the year, no?