Have you seen the breathtaking jewelry of Bumblesea? I know I’ve spent time gazing longingly at Jennifer’s work, dreaming of rewarding myself (for who knows what) by purchasing one of her lovely pieces.

Then, can you imagine my surprise and delight when I discovered the other day that she featured my work on her own personal blog. I was absolutely thrilled. I think she must be a kindred spirit as she said she has wanted a room with fake plastic grass (rather than carpeting) since she was a child, and she apparently hates Metallica (according to her bio blurb). Well, Jennifer, I’ve never had a fake grass carpeted room, but I incorporated the stuff into almost every art class I took in college. And as for Metallica, well, I went to a music festival once where they headlined and I made sure to exit well before they came on because I loathe them sooooo much. 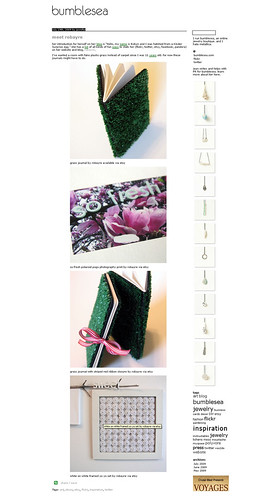 Not only did she feature me, but then the next day she used one of my paintings to illustrate her post. I feel loved. 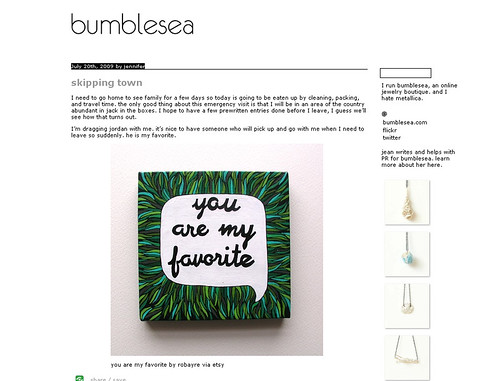 Thank you so much Jennifer, you made my day!

And since she asked about my ecosphere. It’s still going well. I think most of the tiny water flea-like things have perished, but the snails, and the brine shrimp-like creatures are thriving. I don’t know if it is just me, but the plant’s roots seem to have grown deeper as well. 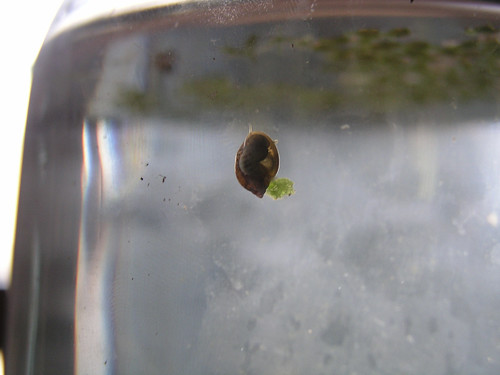 The thing that is so cool about the ecosphere is that, although it is just a jar, each and every time I sit down and begin gazing long enough I discover new life. For example, just now I discovered an almost microscopic, white creature, with what looked like it had a shell, but was swimming around freely. How cool, huh?

One thought on “Thank you Bumblesea”