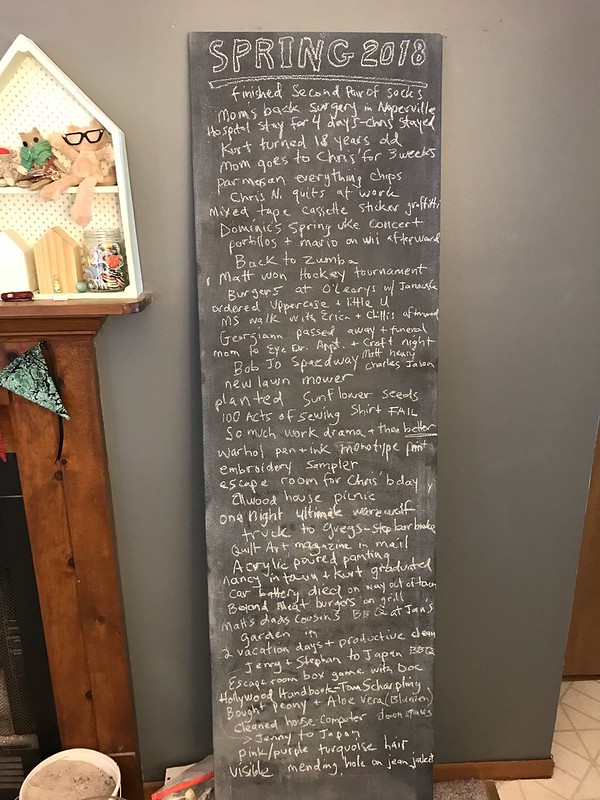 It is not out of the ordinary that I don’t get around to sharing my previous season’s chalkboard until fairly late, BUT usually I have taken the picture and already moved on to the next board by the time I post it. This time around, I still haven’t even erased the spring board, and I feel super guilty about it. I’m gonna have to use my phone (going through pictures I’ve taken) to try and remember all the things that have happened so far this summer.

One thing that I will have to share on the Summer chalkboard is that I just had my 5 year Fitbit Anniversary. On the evening of my anniversary I had 19, 976, 371 steps. That averages to 10,945 steps per day, and almost 4 million steps a year. 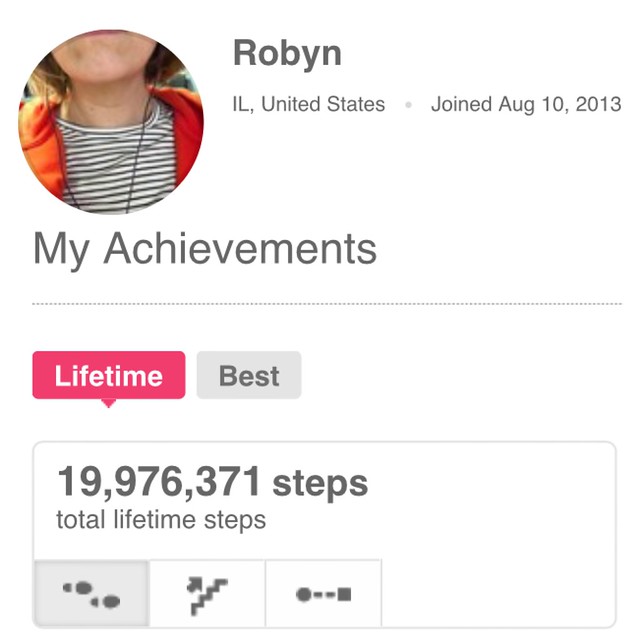 I posted to my blog on previous anniversaries, like here, and I have been averaging almost 4 million steps per year.

I am so glad I found fitbit and I love my One. As I’ve said over and over and over again, I always wanted to be able to track 10K steps per day. Since the late 90s I would get a pedometer here or there, always the old school click, click, click type, and they were bad. I would think they worked, but then I’d get home and realize that I had only walked 2K steps the whole day. I was certain that the 10K steps per day idea was only for people who are runners, not the average person, like it’s aimed at. Then Fitbit comes into my life, and lo and behold it tracks actual steps AND while getting 10K steps a day isn’t always easy, it is totally feasible. I don’t know how or why I’ve been able to stick with it for 5 years, but I am so grateful for this tool.

That being said, I’m about to get negative with Fitbit because they discontinued my device last year without any announcement, and I’m devastated. 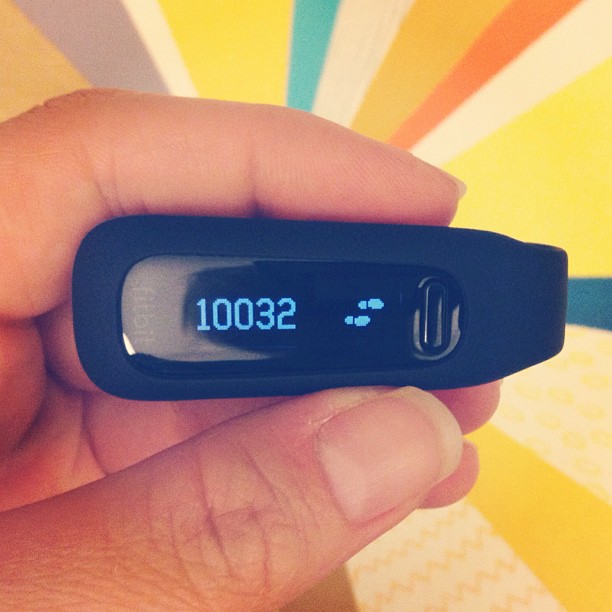 I’m not exactly sure why the bracelet type pedometers have really taken off, but they have, and so companies are ready to take in as much money off of the trend as possible. My device, the One, was a clip on, that I wear discretely clipped to the center of my bra. Some people just wear it on a waistband or hold it in their pocket. I just don’t like the idea of having to wear a bracelet all the time and even though reviews show the bracelets to be very accurate against the One. I just don’t understand how my arm movements won’t get tracked as steps. My mom says her steps ARE NOT tracked on a bracelet if she is walking with a shopping cart at the grocery store, so I’m guessing there are plenty of other circumstances that are similar.  The One is rechargeable and holds that charge for about 10 days. It can be used to track sleep, and counts flights of stairs.

Meanwhile, the clip type fitbit that they kept on the market, the Zip, is half the price of the One. Let me just tell you from experience, DO NOT BUY THE Fitbit ZIP! It only takes batteries, so you have to replace them regularly. It doesn’t automatically sync to your devices either. We bought one for our mom and it was the worst. I think it died and had to be replaced 2 or 3 times before we just decided to upgrade her to the Flex. The zip does not count flights of stairs, and neither does the Flex, so the One was really a great product. People have complained many times online about their discontinuing the One, but they just shut down the threads and refuse to respond other than to say that they have made up their mind. That being said, when I looked up the link for the One, it redirected me to the zip automatically, BUT it looks like they are still selling the One in Europe. I wonder if it was more popular there? I keep hoping that maybe if this bracelet fad kinda dies down a bit they will realize they need to have at least one quality clip pedometer to their brand and the Zip is NOT it. Fitbit has SEVEN different bracelet trackers and only the one clip. What a bummer.