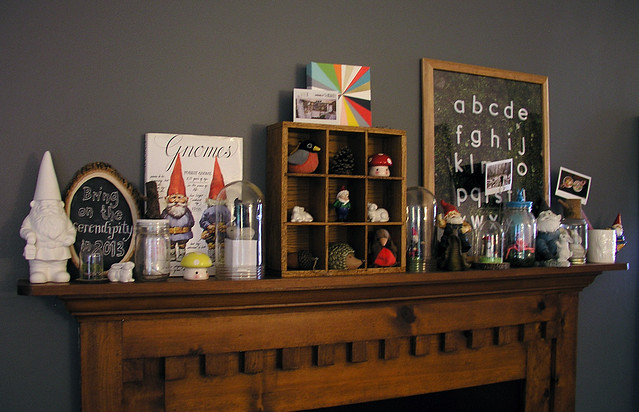 Just popping in to share the current mantel. I’ve had it up for month and it’s about time for a change so I wanted to document it here before dis(mantel)-ing it (ha!) 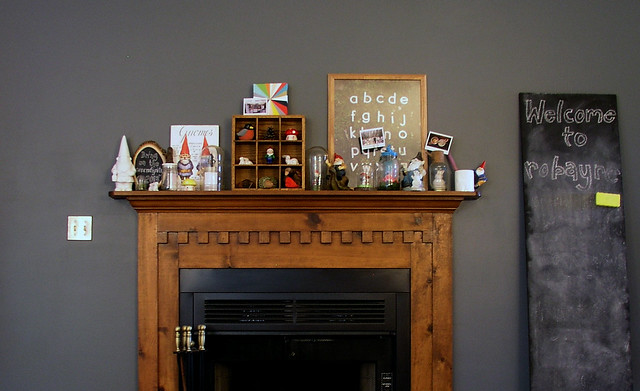 This mantel has a gnome/woodland/terrarium theme. I have a lot of gnomes. A lot. One time when I lived on my own I was getting a mattress delivered and there were two delivery guys. It’s been a while, but the story goes something like this. They were obviously not just coworkers but friends as well. Guy A noticed a gnome statue in my apartment and said “Hey, you like gnomes?” and pointed it out and I said “yep”. He went on to explain to me that Guy B also like gnomes and Guy B agreed. Then Guy A saw my Gnome book and said “Hey, Guy B has that same book!” and at that point Guy B got a bit embarrassed. They kept maneuvering the mattress through the apartment and Guy started noticing more and more gnomes. “Wow, you REALLY like gnomes!” and I said “yep” and at that point I think Guy B got a little weirded out and didn’t want to be associated with this crazy gnome lady, and just wanted to get the heck out of my apartment. 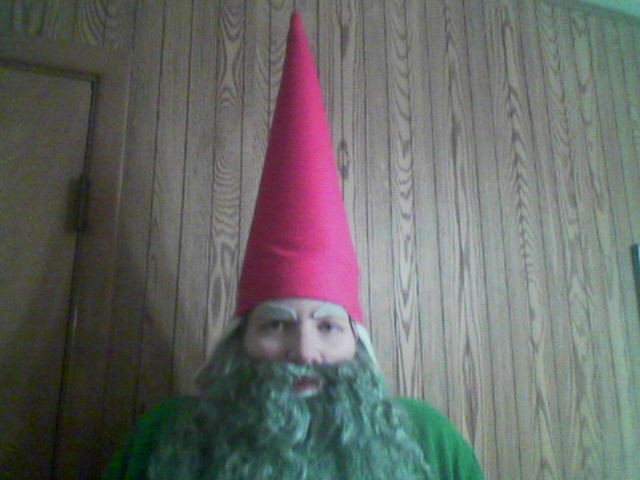 Yep, I take it to extremes. I’ve even dressed up as a gnome for several years at Halloween.

One thought on “Gnome Mantel”