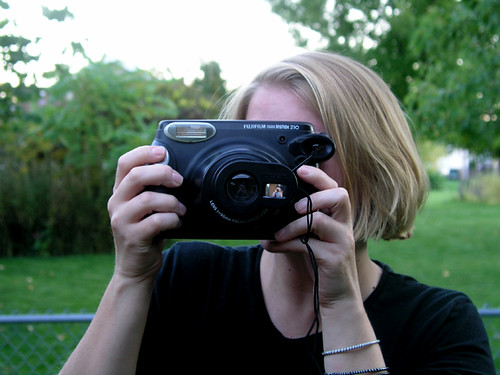 For my birthday I got some AWESOME presents. For real awesome, not just “yay, socks and underwear” awesome. I’ll have to post a couple separate posts to share. My brother and sister in law got me the Fuji Film Instax 210. I’ve been wanting one of these forever, but could never justify spending that much. 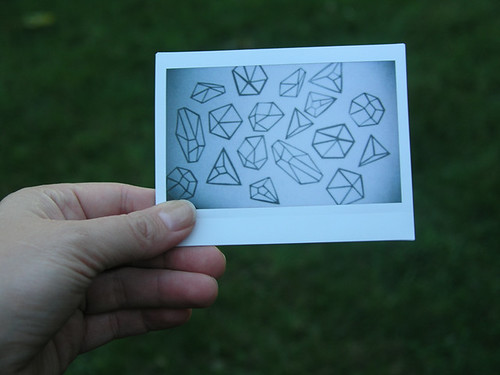 People, it.is.so.awesome! It’s an instant camera, much like the beloved old days of Polaroid instant. The only (itty bitty) downfall (for me) is that the pictures are rectangular, where my heart really lies in the square format. Thinking about that, it’s kind of funny because in art school we were always ushered away from using a square format because it is harder to create balanced compositions, but I’m a rebel. Back to the camera, did I mention it’s awesome? Because it is. It comes with a lens to take close up pictures. What I would have done for one of those on my old polaroids (shaking fists towards the sky). If you are unfamiliar with instant fuji film, they also have pull apart films that I use on my Polaroid Colorpack II Landcamera. They have a second smaller Instax camera that comes in white and takes itty bitty baby instant pictures. I preferred the larger just because I already have my Polaroid Pogo Printer, which prints tiny digital pictures from your camera or phone.

When Polaroid announced that they would no longer be producing instant film I went into hoarding mode. Sadly, I still have packs left because I was afraid to use them all up, but the film is going bad because they are all REALLY expired. I realized with this new camera, only 2 pictures in, and I’m already being waaaaay to cautious about using the film.  I need to lighten and loosen up and have some fun. I need to take pictures and enjoy my birthday present.

Instant film aside, I realized the other day that it was a good thing that I’d fallen in love with instagram and taking pictures with my iphone because since we moved I couldn’t find our battery charger. If it weren’t for camera phones, no pictures would be taken during this time. A few weeks ago I broke down and just bought regular batteries at the store to tide me over. Next thing ya know, Matt uses them, AND the batteries from my camera, to put into his wii-motes. Yesterday after hunting (for what felt like hours hours) through boxes of storage in the basement I finally had a meltdown. That was all it took for Matt to go to the basement and 10 minutes later return with the battery charger, sigh. Well, now I can take pictures AND Matt can have friends over to play Super Smash Bros.