While we were at the flea market a couple of weekends ago, I was looking through one vendor’s collection of old photographs. The vendor was selling each picture for .50 and while I started to go through them and collect my favorites, my sisters were tapping their watches, ready to move on. I couldn’t walk away though because there were so many good ones and I was afraid that if I stopped going through the rest I’d end up missing some amazing pictures. There were pictures in there from probably the beginning of the 20th century up until the 80s or 90s. The vendor told me they belonged to the estate of an artist/art professor and he was also selling this artist’s huge paintings as well. There were some quirky photographs, but the majority of them were just group shots and pictures that belonged to his ancestors before him. Long story short, I ended up asking him the price for the whole carton of photographs and bought them all, filling up a big grocery bag.

My family has lots of old pictures from generations and generations back. They hold so much history, including all the family stories we grew up hearing. I love looking through them but would never cut them apart or use them in my own artwork. BUT, when I see old pictures like this I want to snap them up so that I can finally play. It kind of kills my sister, who is our family tree keeper. She says it’s wrong and someone should try to track down the current ancestors and give them their pictures back. I understand that, and so I just try to tell myself there are no ancestors, it was the end of their family line, no more children. And it could possibly be true. In Any of the pictures of the artist, or pictures from his generation, there weren’t any children shown, only from previous generations.
All of this is to say a few things: 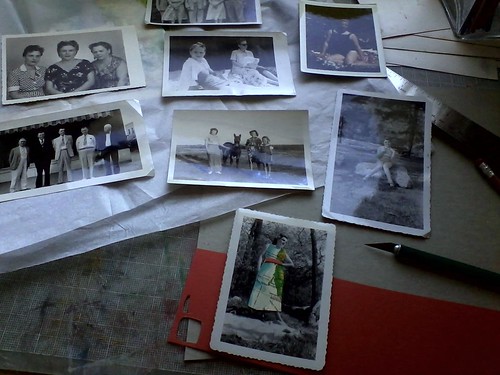 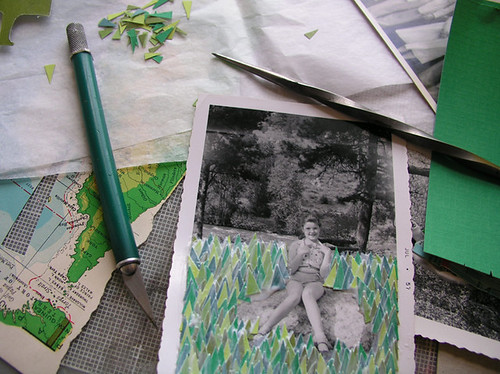 I came up with an idea for a week’s worth of mailart, using my new/old photographs. Here are some sneak peeks above.

Mim shared a “trailer” for the book Miss Peregrine’s Home for Peculiar Children. Ever since seeing this, and the old photographs used in it, I can’t keep it out of my head. I keep showing it to people. This weekend I had the idea to ask my mom if she’d allow to me buy and download the book to her Nook. I’ve never used an eReader, so I thought it would be fun. Turns out she had already downloaded it earlier that same day. Great minds think a like. She hadn’t seen the trailer yet, so of course I had to show it to her.

Today I showed the trailer to my coworker and he got intrigued enough to look up the author Ransom Riggs. Turns out he isn’t just an author, but a movie maker as well! As if I wasn’t excited enough about Miss Peregrine, guess how thrilled I was to find his page about his work “Talking Pictures” where he shares his collection of old photographs and the accompanying text scribbled on the back. Check it out here. Really, check it out, it is very cool. BTW, very few of the pictures I bought from the flea market have text on the back, sadly. 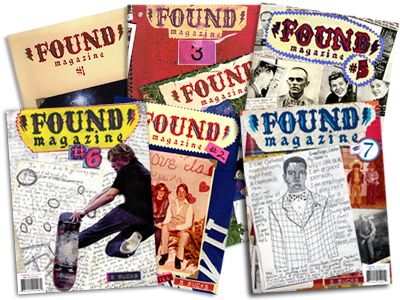 Looking at those old pictures and notes reminded me of Found Magazine, to which I used to subscribe. If you like old photographs, as well as found personal notes written on napkins, grocery lists and ephemera, you will LOVE this magazine. The magazine is filled with all of these things and more, submitted by it’s readers. The website showcases a daily “found item”. The co-creater, Davy Rothbart is an amazing story teller and has been featured on This American Life many times.

Okay, and then because I just can’t stop myself from going from one thing to the next, to the next, to the next. This reminds me of when my sister and I went to the Rock and Roll Hall of Fame. One of my very favorite things was a room which has original lyrics for famous songs written out by the artists as they were composing the songs. Many of them were scribbled on hotel notepads and stationery.

Okay, now to fullfill my daily requirement of mailart catch-up for the week, I present cards 97-103. I tried to stick primarily with ball point pen on cardboard for these. Many of them also have a gold shimmer ink. 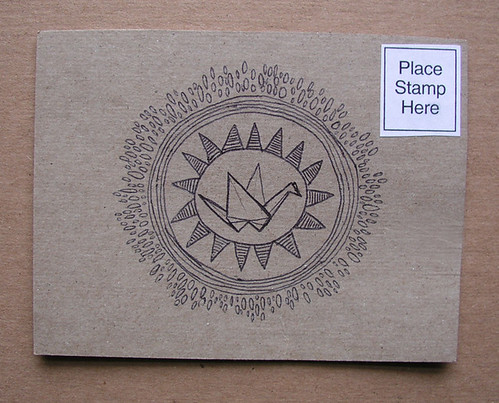 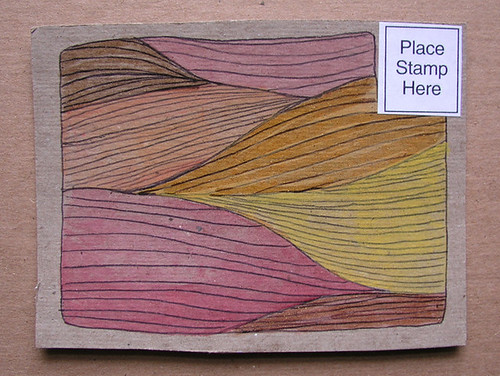 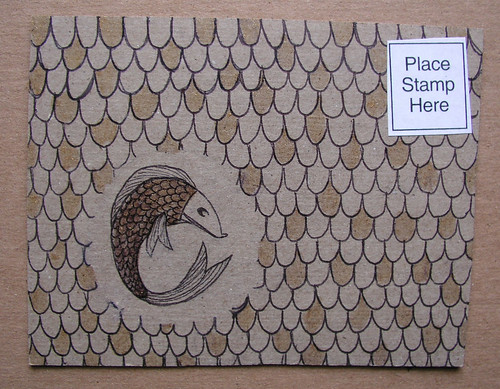 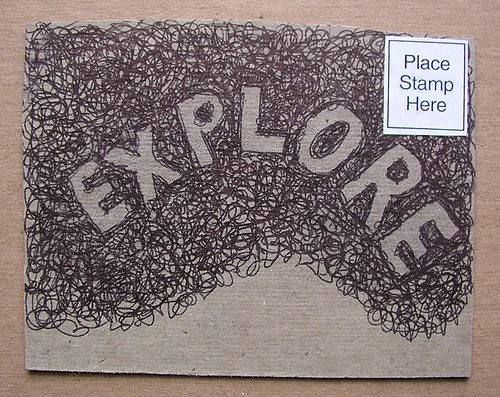 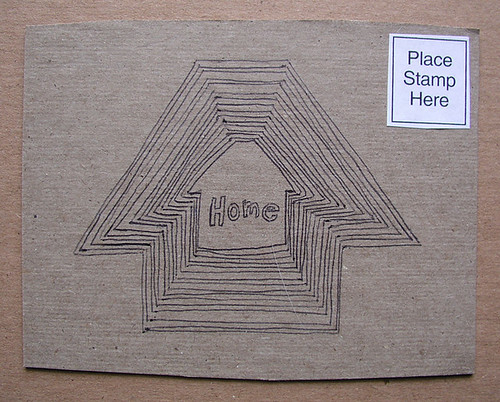 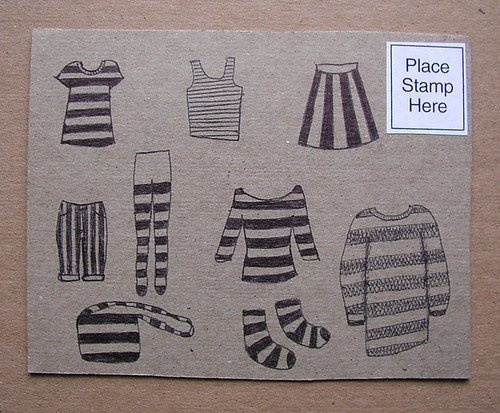 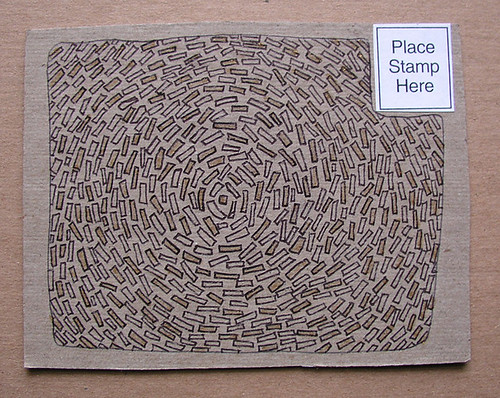