I don’t wanna grow up 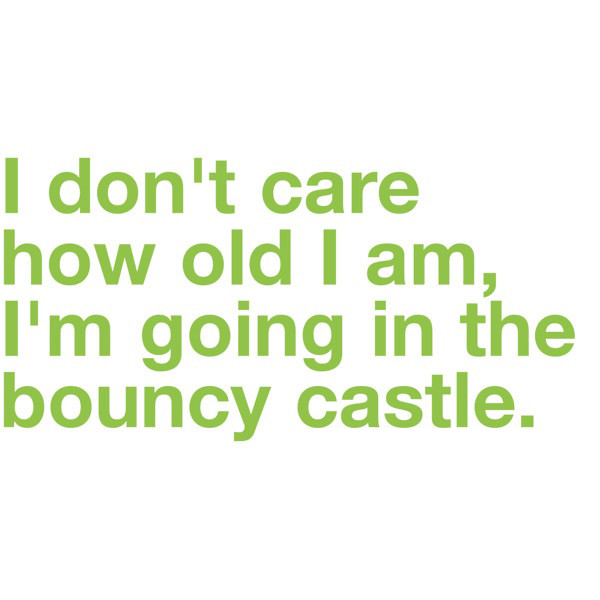 I recently spotted the above image on instagram and I’m not sure who it should be attributed to. It appears to be one of those images that just floats around and several different websites have claimed it as theirs by adding their address.

Earlier in the day I was thinking about how great kids are because they are enthusiastic and energetic for creative play. Only hang up is that they have itty bitty attention spans (please read that in Robin William Genie voice). I’ll ask my nephew “you wanna draw?” and he agrees and is excited… for all of 5 minutes and then it’s BAM “let’s play Kinect Sports”. At 5 minutes I was only beginning to get warmed up at drawing. I need to find more adult friends that enjoy coloring or swings or jumping in bouncy castles. More adults who have held onto a childlike sense of fun. 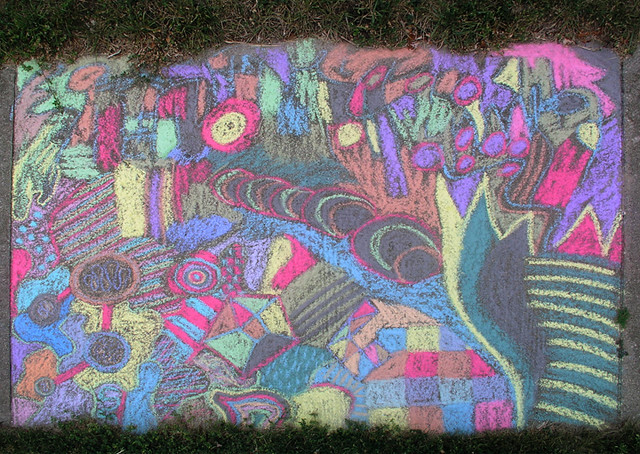 The picture above was a concerted effort by Matt and myself to fill an entire sidewalk block last year.

A while ago I went to a craft group meeting. Crafts, ya know? You think these people would be on my same page, right? A woman came in a little bit after me and announced “Did anyone see the guy outside drawing chalk on the sidewalk?” Sidewalk chalk? My ears were perked. “No…” I said, hoping she’d elaborate. She said “He’s just a grown man out there drawing chalk on the sidewalk.” and I responded “Cool!” She continues, shaking her head slightly “He was just by himself, no kids, just a grown man out there drawing chalk on the sidewalk.” Right then I realized she was trying to angle that there was something wrong with this situation, so I said “Sounds like my kind of guy. Last summer I often went out and drew with chalk on the sidewalk outside of my house. It’s fun but it also just makes for an interesting walk for anyone passing by our house.” She was quiet after that and I was left thinking how very different people are.

I don’t care how old I am, I’m going in the bouncy castle. I hope you have some child-like fun planned for this weekend!

One thought on “I don’t wanna grow up”