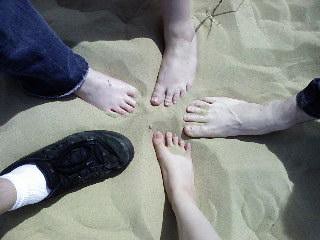 I don’t really have much to say, so I think I will let the images speak for themselves, with minimal commentary on my part. This weekend we, my brother, sister, sister-in-law, matt and I went to Indiana to explore and play on some beaches and dunes. I had such a wonderful experience last year and wanted to get a bit of that back again. Funny enough, the day after, I saw a number of commercials on TV advertising for people to vacation in Indiana for the dunes.

Have you ever seen so many pale feet and legs? Above, a picture of each of our feet when we first reached the dunes. 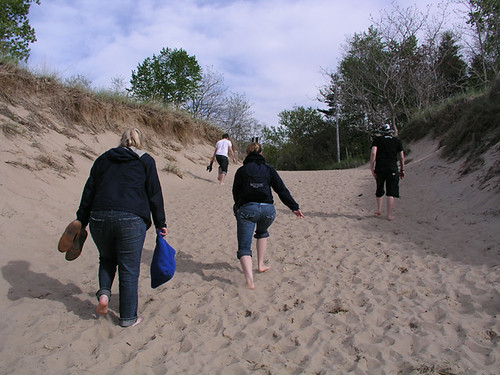 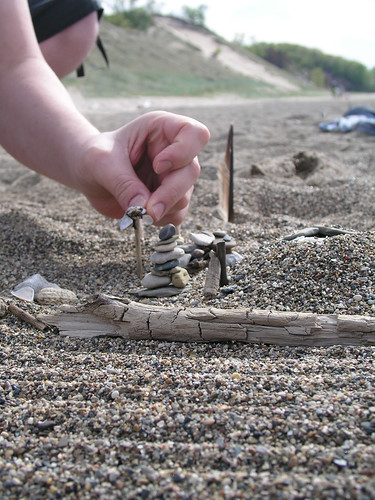 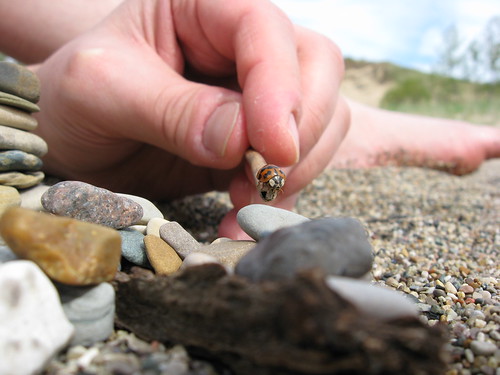 This lady bug chilled out in his garden for a long, long time. 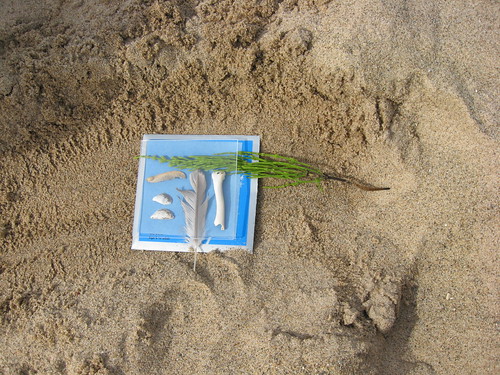 My sister and I made sun prints from our beach findings. 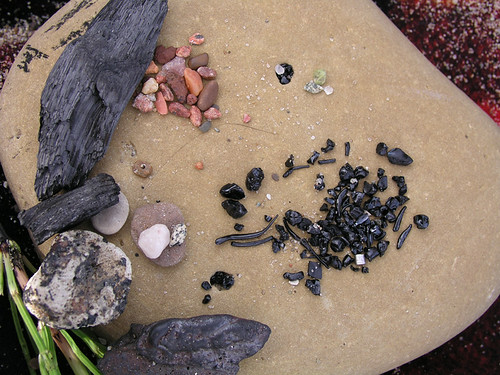 And Dacia and I took on the enormous task of separating out grains of sand and other cool findings.

Now if only the dunes were closer, I’d probably be there everyday after work. A year ago, I never would have thought of myself as a “beach type person”, but now, I think I could easily become a beach bum. Just not in the ‘lay down my towel and tan’ or ‘makin babies at the beach’ kind of way, like all the other beach goers we saw that day.