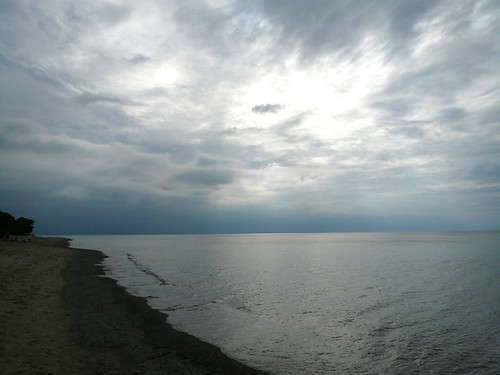 I had a great time this weekend. Saturday Dacia was playing at a festival in Michigan City, IN, so my sister and I drove out to see her perform. She did a great job, as usual, but there was a much smaller turnout at the fest than had been predicted. Afterward, my sister and I decided to go in search of the Indiana Dunes. I’d never been before and had NO IDEA what was in store. I knew the dunes were sand, but I had this assumption that the dunes were more like sandstone than the real loose soft sand they actually were. We parked at a place that said “beach” and had to walk through this little windy path that seemed like a rain forest before we hit another sandy path that took us down through dunes and to the beach. It was amazing. I just had no idea at all how beautiful it could be, and all within 2 hours away from where I live. I felt like I was on some tropical destination vacation. The water was freezing of course, but we weren’t planning on going in past our ankles anyway. I also had no idea that Lake Michigan could be so calm, it was like those corona commercials with the slow lapping waves. I could have easily stayed there all day, and I think we must have been there for several hours walking up and down the beach, collecting rocks, skipping stones, taking photographs, etc. 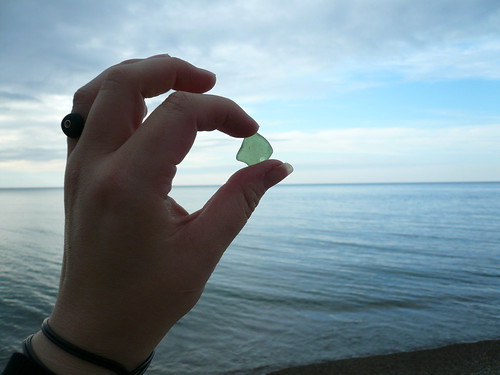 I found my first beach glass and chris skipped her first stone. I just can’t say enough, how much I enjoyed myself. Afterward we decided to get some grub, as neither of us had eaten all day. We also stopped for fireworks too, shhhhh! Near the Illinois-Indiana state borders you could throw a rock blind folded and hit a fireworks stand, there are so many of them. We got a ton and will probably be having a fabulous time on the fourth of the july. 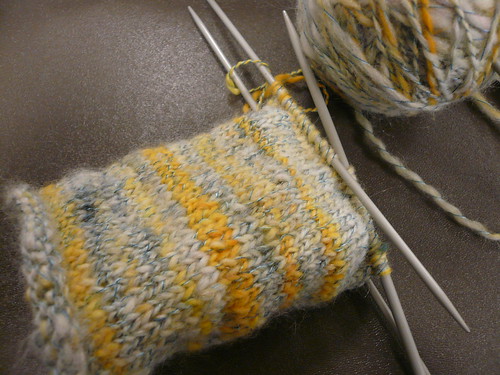 Here is a picture of some knitting taken with my new digital camera that showed up in the mail Friday. It seems to be great, other than the LCD goes completely white after using it for any period of time. Humph, I just hope that it can be easily and quickly replaced. All the pictures above were all taken on it.

One thought on “The Life”