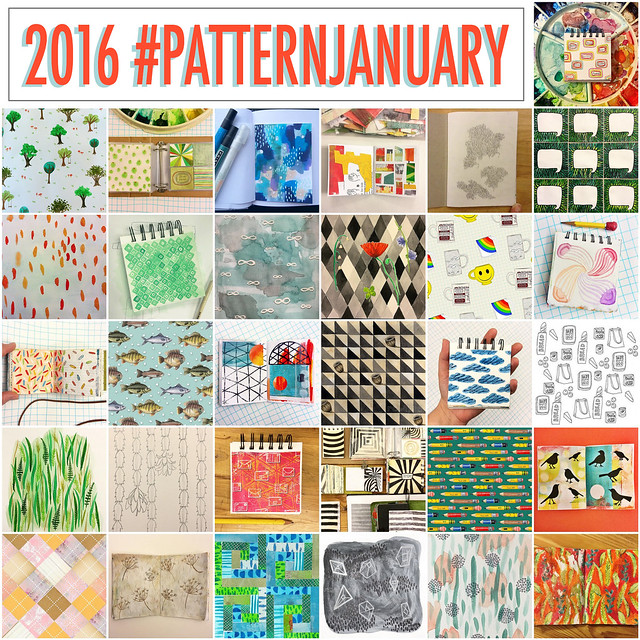 I put together this collection of all 31 days of my Pattern January pieces. I’m pretty happy with it and proud of myself.

Dear Anika, You ROCK! Thank you so much for coming up with this awesome project. It was exactly what I needed at exactly the right time. Not only did you come up with this awesome challenge, but you are such an incredibly supportive and creative inspiration. You challenged me to create a new pattern every day in January, but you also challenged me to do and be better! I hope you know that you are a gem, and not even the kind of gem that my parents used to call me as a kid, when they’d sarcastically say “what a gem”  and then roll their eyes dramatically. No, you are the kind of precious gem that one doesn’t find often and when one does, one holds on to it, and tightly. Thank you again for putting yourself out there, for prompting other people to do the same, and for just being yourself.

#PatternJanuary is now over and Anika has officially decided to continue on with a weekly prompt, Wahoo! If you are interested in participating, follow @aisforanika and @letsmakepatterns on instagram and don’t forget to check out the hashtag #patternswithanika. Week one theme was Bouquet and week two was just announced, Chocolate.