WooHoo! August 10th is my 2 year annivesary on fitbit!

I was very curious to see what my numbers would be this year, since I raised my daily goal of 10,000 steps to 11,500 daily steps starting sometime in February. I was kind of curious if raising my goal would actually increase my overall steps, or if giving myself a higher goal would mean that I would have fewer days where I naturally get higher steps and how it would all average out. I wondered if by increasing my goal to 11,500 steps, I might have fewer 12,000+ step days than when I was only aiming for 10,000. For example I can think of a few times where I had my step goal early in the day and when asked if I’d like to go somewhere or do something that would give me a TON MORE STEPS, I passed because I’d rather do it the next day and get those steps tomorrow. I may get a rare 20,000 step day, but sadly those extra 8,500 steps do not get pushed over to the next day as bonus steps. 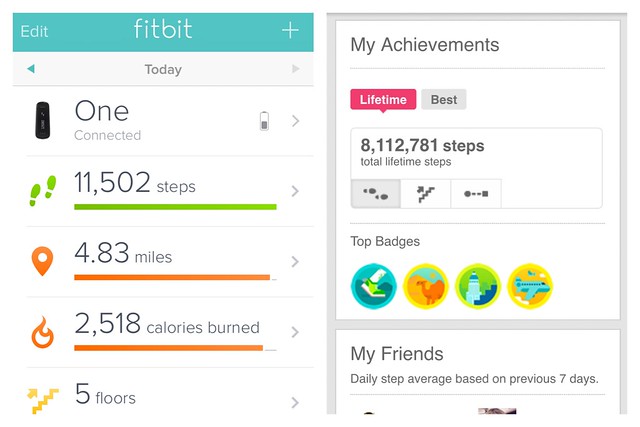 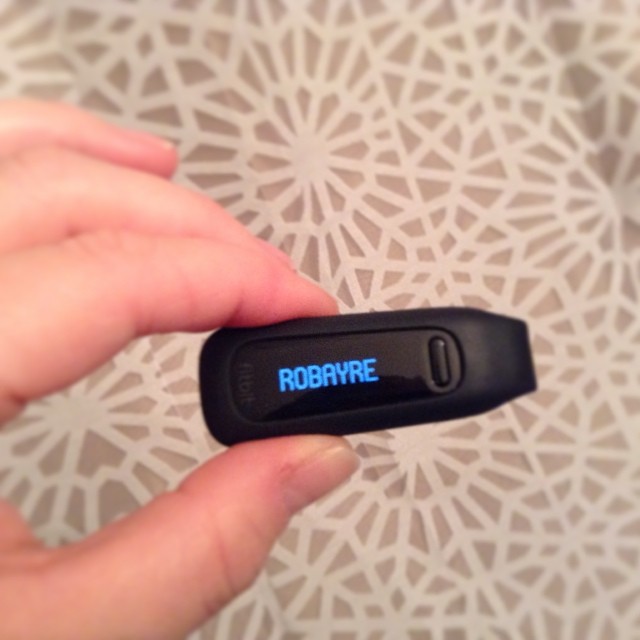 I really am SO PROUD of myself for sticking it out and really dominating this daily goal for TWO YEARS! I really have no idea why I can be in so control of this goal in my life and yet I can’t set and keep other simple goals, to say, um, fold the laundry when it’s straight out of the dryer or not eat that extra piece of pizza when I’m already full. I’ve heard so many people say how they’ve lost weight doing 10,000 daily steps, but yeah, I haven’t had that benefit. I am so in love with my fitbit, but it isn’t easy, I’m telling you! Some days getting in those steps is such a torturous goal, that it makes me want to cry. Many days I am meeting my goal in the last possible minutes of the day. The only reason I really can explain why I’ve stayed on the step tracker bandwagon so religiously is because for soooooo many years I really wanted to track my steps. I went through so many pedometers over the years and was so certain that it was IMPOSSIBLE to reach and maintain 10,000 steps daily. Now that I have a quality product I know that it is possible and it can be fun too. It still feels like a game (almost) everyday.

And speaking of a quality product, I really can’t recommend the fitbit One enough. This little electronic device has been worn daily for two years. It has made it into the washing machine twice, once through 15 minutes of a cycle fully submerged, been dunked in rivers and lakes, and it’s never had a glitch. The folks at Fitbit have been stellar to deal with! A+ customer service! When the fitbit I bought my mom was glitchy from the get go, no questions were asked and they replaced the device. Most recently, my fitbit clip (essentially the cozy my fitbit One lives in) had a piece break off and fitbit fully replaced the whole clip! 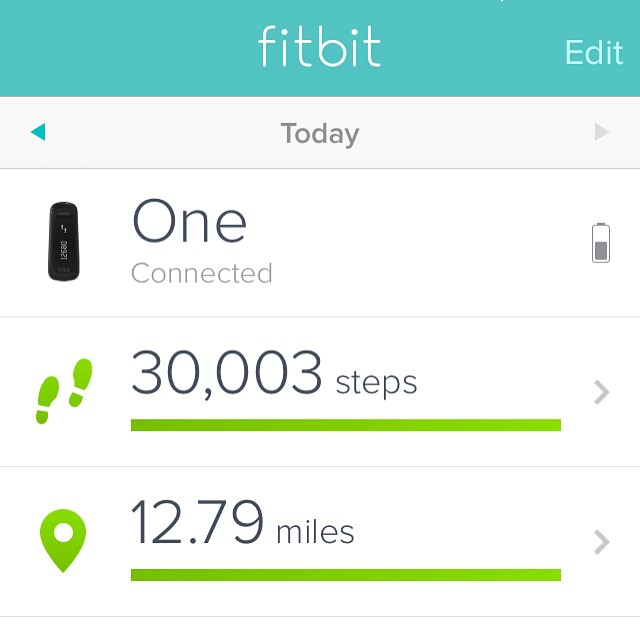 One highlight from this year was my 30,000 step day! Kind of like how they say a mother forgets the pain of childbirth, it feels like that day was an eternity ago, I actually had to check and make sure it wasn’t a whole year and a half ago. On January 1st, 2015, my sister and I aimed to get our 30,000 step badge. What we didn’t account for beforehand was how horribly cold and miserable it is outside in the winter. It was below freezing with horrible winds and we both suffered from foot pain for quite a while after that day. I still can’t wear the walking shoes I wore on that day without foot pain.