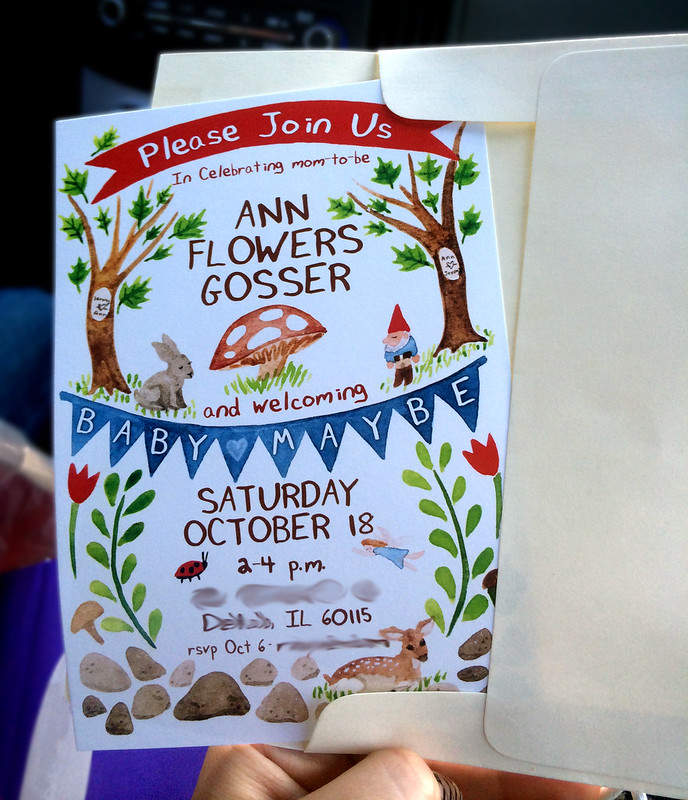 I’m back with the illustrated invitation I promised to share. The invitation was for the baby shower of my friend Ann (of A Beautiful Party). Ann and her husband are expecting a little girl and her name will be Maybellene, nicknamed Maybe, thus the “Baby Maybe” in the bunting above. The shower had a Magical Woodland theme. 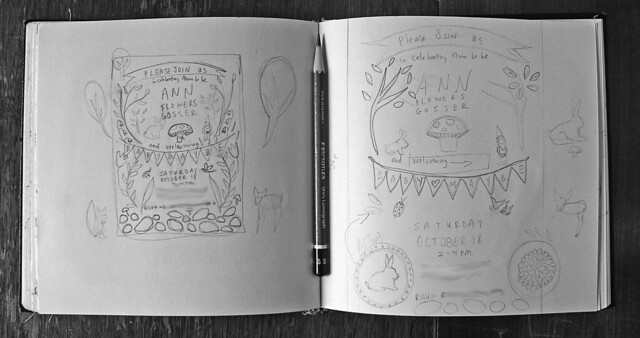 I was given the task to design the invitations, and I think that it was probably thought that I would just whip something up on the computer, but when you’re at a computer doing stuff for other people all day at work, the idea of getting to design something how you want is kind of thrilling. I decided I’d rather illustrate it using watercolors, but then I worried that maybe I had bitten off more than I could chew. Would the idea in my head translate or would I wish that I had just kept it simple and put something together entirely on the computer?

I started out by sketching out a rough design in my sketchbook. 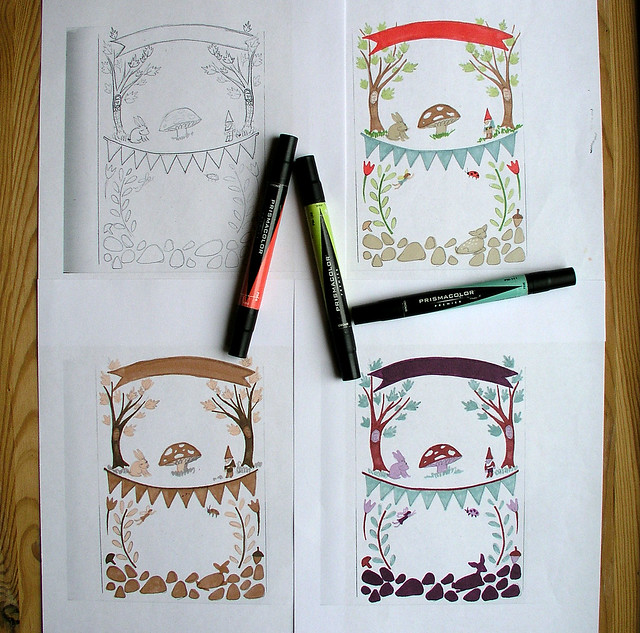 All along the way, from sketchbook to end result, I was sending proofs to my friends that were hosting the party with me, to see what their take on it was and to make sure no mistakes were made. They were the best type of client, and I wish all customers (at my day job) were so easy to please.

Once I had a layout, I scanned my sketch in and printed it out several times. I used Prismacolor markers to create 3 different color schemes. I did a neutral/natural color theme, a purple and mint (the baby’s bedroom colors… only I didn’t really have the right purple and mint in markers, so keep in mind it was just to get a rough idea on the colors), and then a full color theme which was a more robayre. 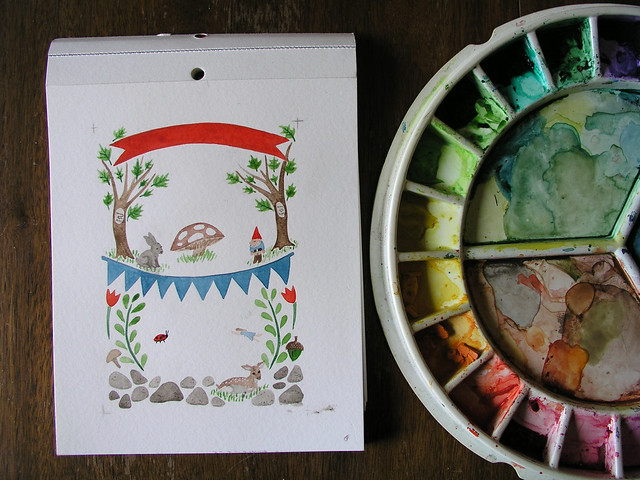 After we selected a color, I proceeded with the watercolored layout. After that was done I scanned it and added the text on the computer. 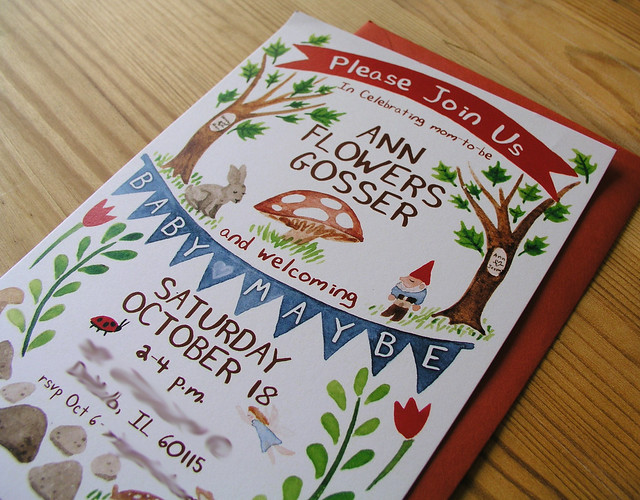 The invitations were sent out with the envelopes pictured at the top of the post because I was in such a rush to get them out, but ideally I would have had some red or blue envelopes like these. Even though I had my moments of fear that the invitations would end up a flop, I was happy with the end result and proud to send them out.