Work hours and my life lately

Blerg! I wrote a whole post and even hit publish. The next day I returned to my blog and it’s not there. Who knows what happened to it because only a partial, unedited draft remained in the auto back up in my blog dashboard. What’s weird is that after it went live, I even re-read it online, went back and changed a word or two and resaved it. The mysteries of the internets.

It’s been a crazy few weeks. My hours have been all wonky at work. The week before last I was waking up at 3 a.m. to get to work at 4 a.m. I was getting off at 2 p.m. but then because of the holiday season I was having to stay up super late to finish work for my shop. If subsisting on 3 hours of sleep a night wasn’t bad enough, I had to organize and throw a party Friday night.

My hours have regulated a bit closer to “normal” last week, but as I’ve learned as I have grown older, things I do to my body now don’t TRULY hit me until a while later. Two weeks out at going in to work a couple hours earlier and my internal clock is still not adjusted. This week I’ve been struggling more than I did last week. I’m waking up every hour panicked that I’ve somehow slept through the 3 alarm devices I’ve set. I come home from work and am ready for bed by 6. I remember hearing about a study that said that contrary to popular belief, you can’t catch up on sleep. Once you’ve lost sleep, sleeping more hours than normal doesn’t have any benefits. While it may not have any benefits, I beg to differ that my body (not my mind) wants more sleep than normal. Even tonight, I crashed from 6 p.m. until 9. Somehow I’m still maintaining my 10K steps per day (for the most part).

So, what else have I been up to? 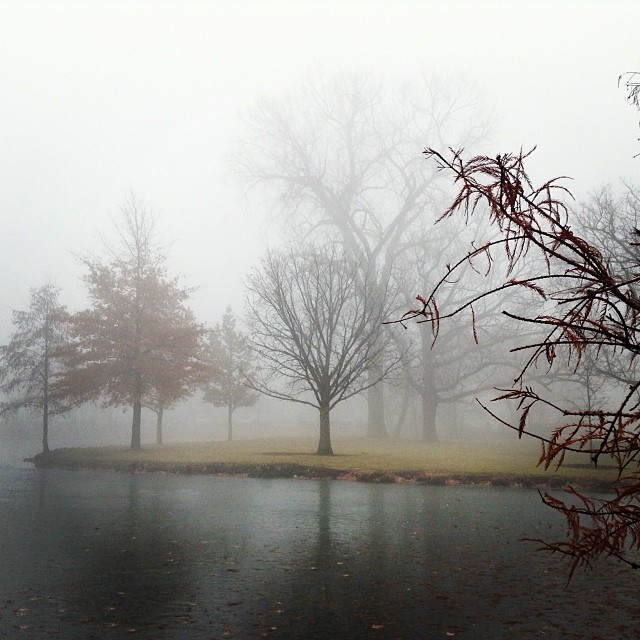 With new hours at work, I am beyond thrilled to get off of work with just enough time to see some daylight. This has really meant the world to me. I can’t stress how much I spin into a wreck every winter when there is less and less light and then after the time changes, forget about it, I become downright angry. Well, the last few weeks I get off work and feel like I am walking on clouds. We had some days of thick fog when I was working my 4 a.m. shifts and one day after work I went to the Lagoon and walked around and took pictures. While those around me complained about the fog, the daylight was just magical. 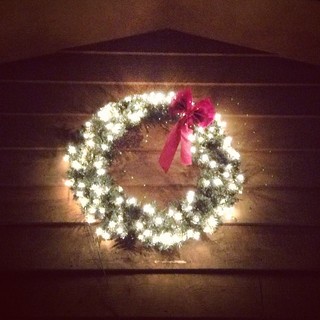 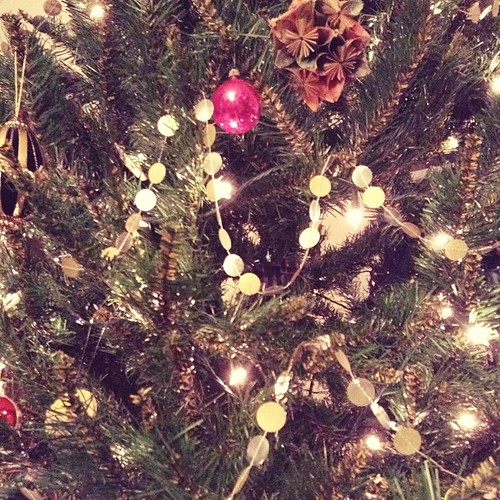 We finally decorated for Christmas. 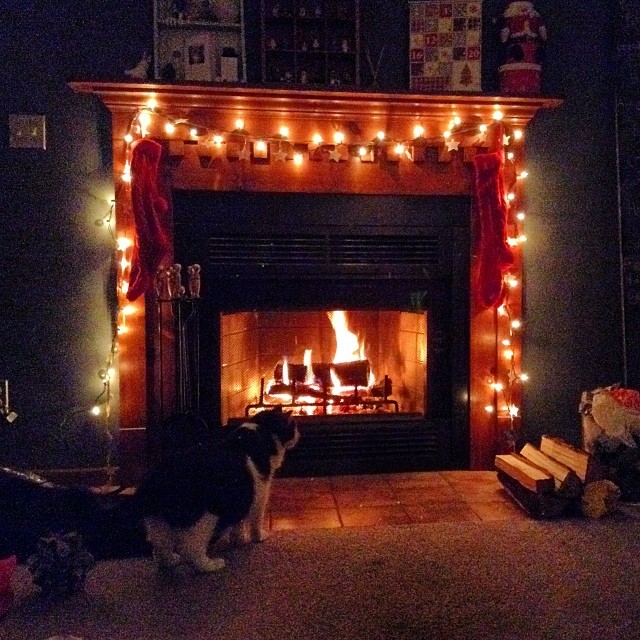 After living in our house 2+ years, we finally got our chimney inspected and  cleaned. I had been waiting for this forever, dreaming of toasty fires keeping the house warm. Then the inspector shared that “everyone knows that running a fireplace can actually make your house more cold…” blah, blah, blah about drafty windows/doors as well as the thermostat. I was so bummed that we still didn’t have a fire for another week or so. But after we finally did, oh man, we haven’t looked back and have been having fires most evenings. I’ve actually found that having a fire makes our usually frosty (run from the door straight to under the blankets) bedroom to a normal, comfortable temperature.

Plus, it looks so festive, romantic and the cats LOVE it! 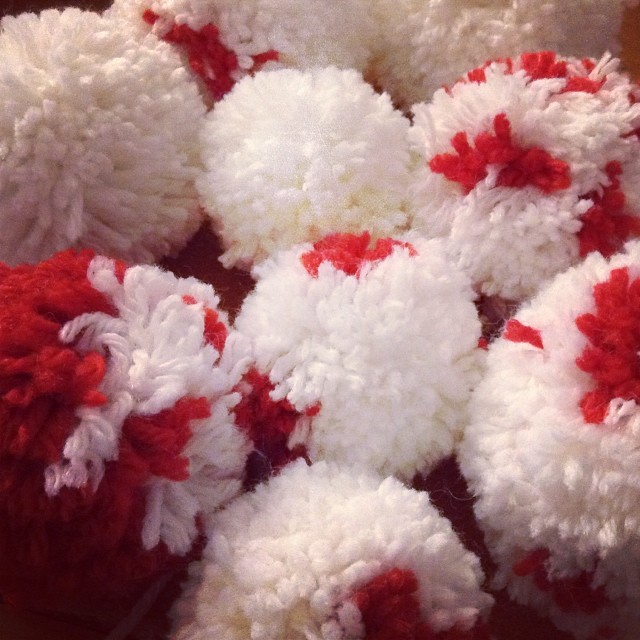 Continuing with the holiday decorations, I made a red and white pom pom garland to go over the mantel. Years back I made some pom poms from my handspun yarn to put in my etsy shop (they might even still be listed on there?) but let me just tell you!!!!!!!!!!! I bought a pom pom maker and this maker is the bomb! I think my friend Ann (a master pom pom maker) uses one too, so I should have known. The way I made them before wasted so much yarn from trimming. These pom poms come out almost perfect and need little to no trimming at all. 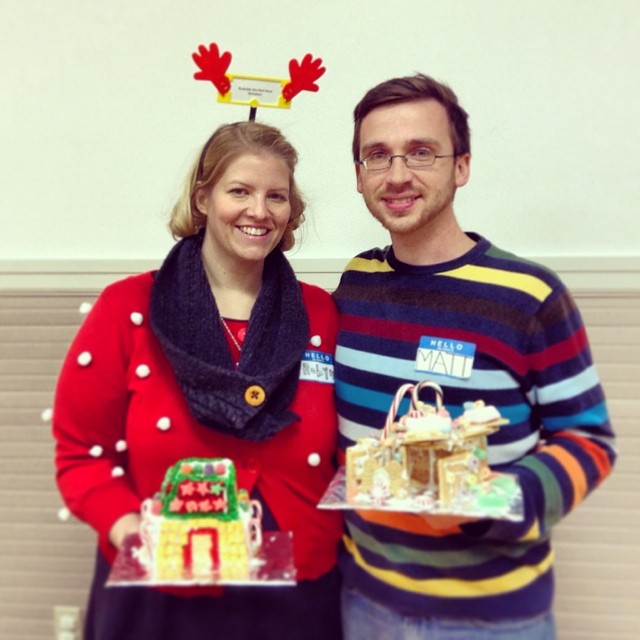 I threw my annual gingerbread house making party. This was the 8th year! I have more pictures I would like to share, so maybe there will be another post in the near future. 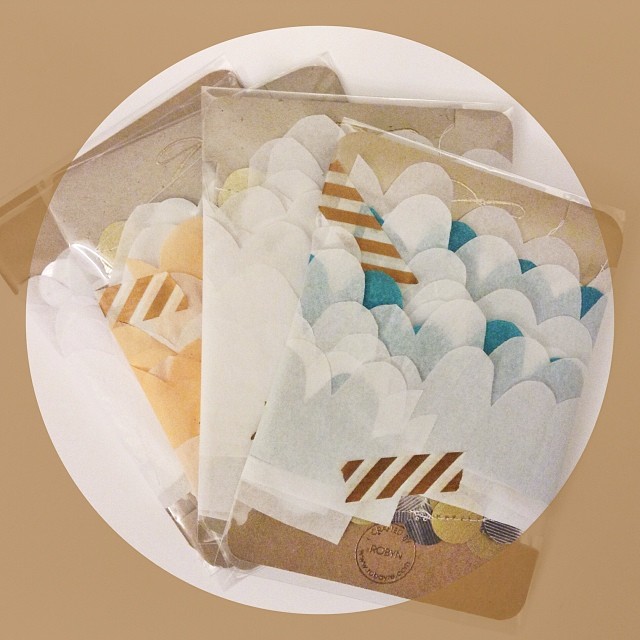 I’ve developed my packaging for my holiday garlands this year. The base now has gold embossing and I wrap each order in scalloped tissue paper. I just hope that each order feels that much more special upon arrival. 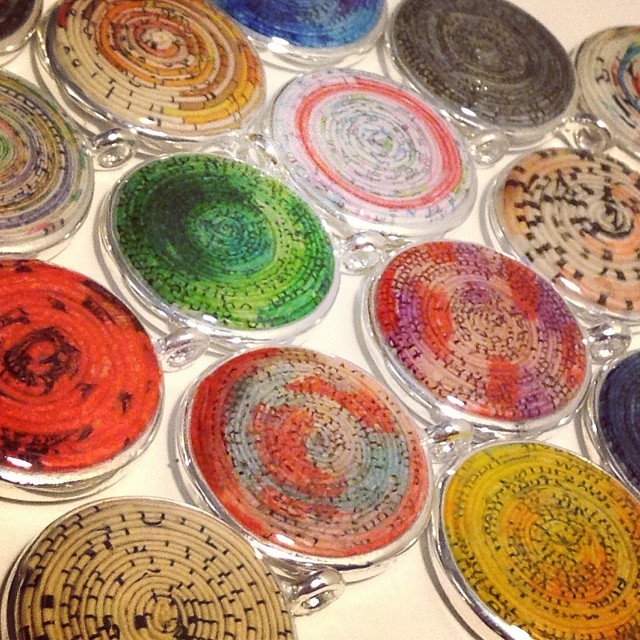 I had a large order of necklaces and rings head out to Australia! I was thrilled with how the pieces came out and so happy with the way the resin worked for me. 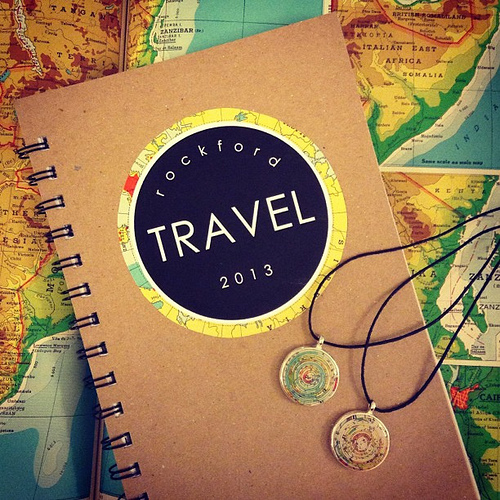 I am thrilled to announce that Robayre travel journals (books similar to the one pictured above) and my vintage atlas spiral stratum necklaces are being sold at the Rockford, Illinois Visitor’s Center (East side, in the Clock Tower Center). This marks the first time my products have been for sale in a brick and mortar in Illinois. I’ve long had a dream of one day visiting a store that sells my items, and now that the   time is here I’m both EXCITED and NERVOUS to actually visit. Isn’t that funny? 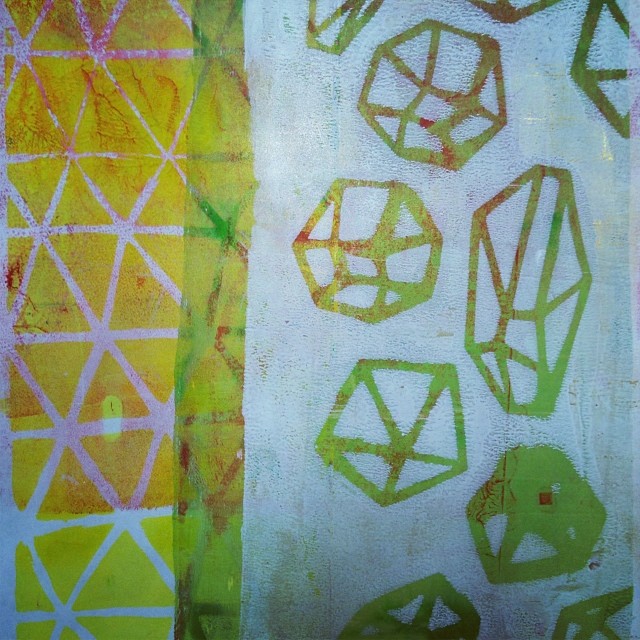 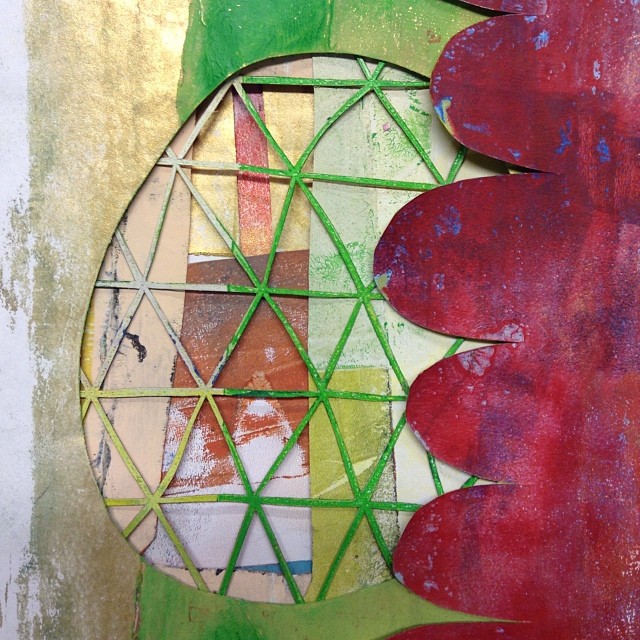 Then last Friday my best friend came over and we had a Gelli Arts date night. I covered the ping pong table with plastic, showed her an introduction video to the product on youtube and we dove in. I was a little worried about if she’d enjoy herself and love using the plate as much as I love it. I thought she’d like it because I remembered she had taken some printmaking in college. Well, she LOVED IT! In fact she kept saying how much fun she was having, how time was flying and how she wanted to buy her own plate now and how we have to do it again soon. The image above on the left is a thumbnail of a print, and the picture on the right was my stack of handcut paper stencils as I was putting everything away. 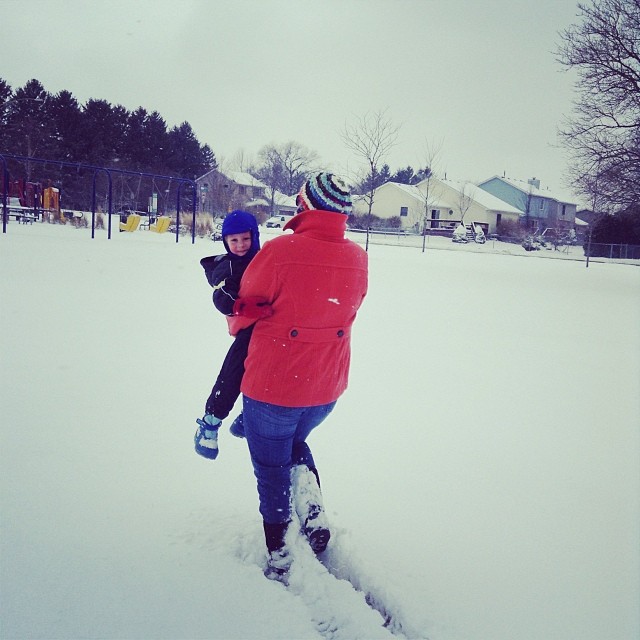 After another good snow, my brother, sister and I took my nephew to the park. At one point he tripped in the snow and got snow between his mittens and sleeve. While I helped him get the snow out he told me “I fell and then I died.” I said, “well, you didn’t die” to which he replied “It’s just an expression!” Yeah, from the mouth of a 3 year old. 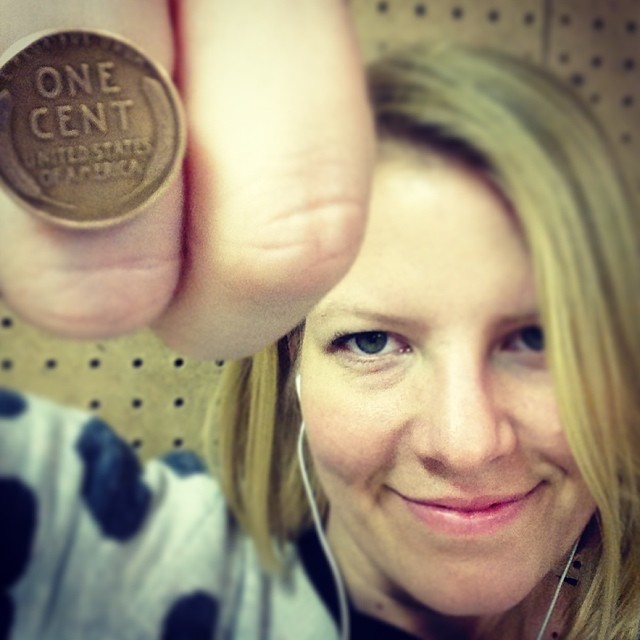 Monday night I went to a book club meeting and my friend Courtney brought really thoughtful gifts for everybody. Additionally she gave me belated birthday gifts which included this awesome lucky penny ring that I love and never want to take off. I love that it is a wheat penny especially. My dad used to collect coins and so I’ve saved wheat pennies any time I’ve found one ever since I was a kid.

One thought on “Work hours and my life lately”