As promised, here are some shots from the balloon ride yesterday. 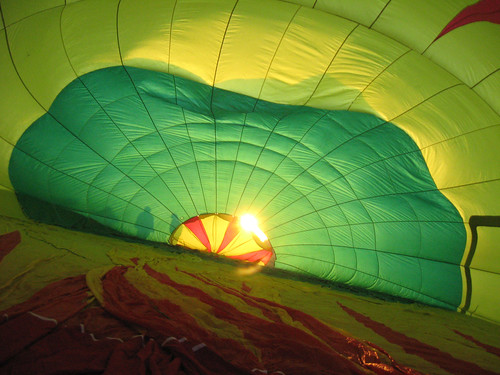 We took off from the soccer fields, only a few minute’s walk from our house. It was my sister, Matt, my Mom and I. My mom was actually a substitute for my best friend who was supposed to go, but ended up being in Colorado when we finally had our flight. 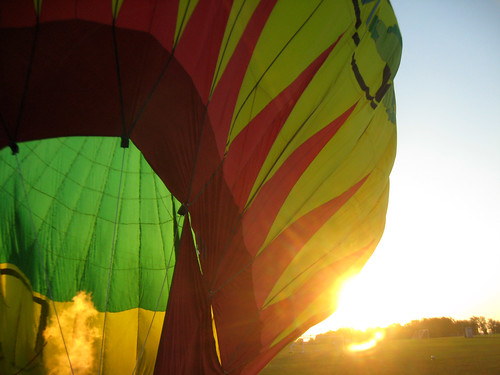 They filled the balloon with a small fan that just blew in regular air. I was surprised then, that it only took a few blasts of the hot air to lift the balloon. 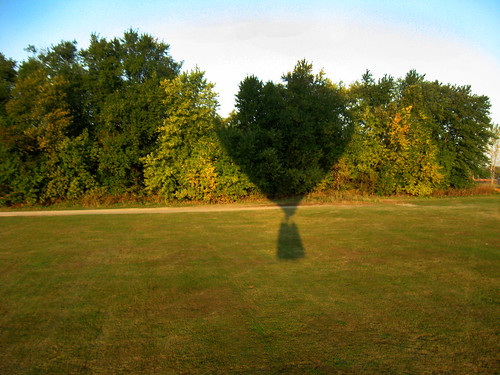 and we were off! 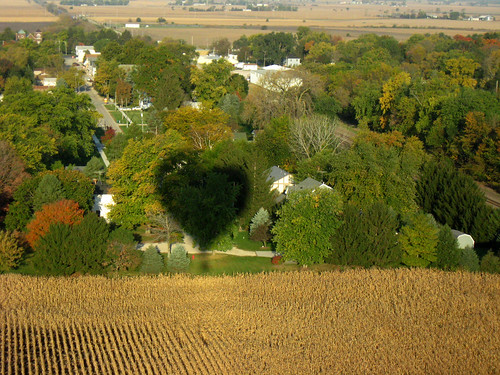 The conditions to fly have to be perfect. Obviously, there can’t be any threat of rain, but the winds have to be below 8 mph. After over a year of scheduled flights and attempts to go up, we couldn’t have asked for a better day. The colors were beautiful. 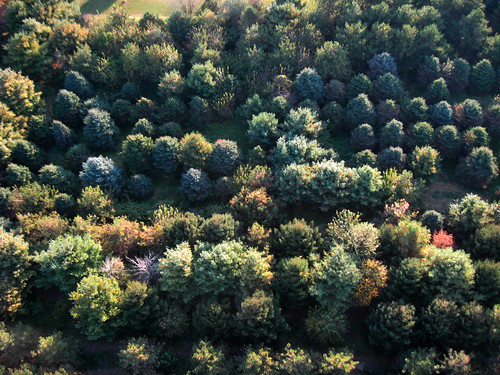 I think this might be my favorite picture. I cleared off my 1 gb disc before leaving and when I got home, my camera was almost full! Between the 3 of us that had cameras and the family members on the ground that followed us in their cars, I imagine we probably have thousands of pictures and plenty of video as well. In fact, Matt’s dad has already made a quick movie from his video footage. 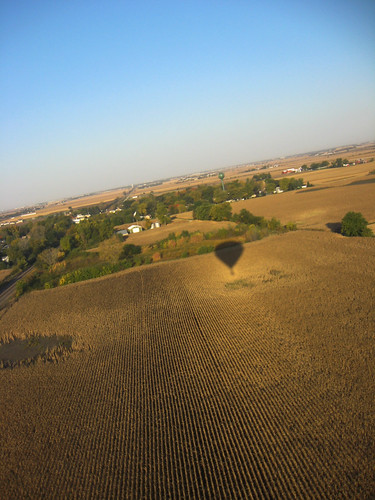 Although it didn’t seem very windy, we really flew far. We finished about 15 miles away in Maple Park, which was a good distance, especially after the pilot told us how he had one flight that took off from the same location, only to land only across town in the Bridges of River Mist neighborhood, an hour later.

Everyone had a good time. The pilot and his crew were all very kind. After it was over we were christened/sworn in/inaugurated into the hot air balloon world, toasted champagne and received a certificate. Also, since the flight was actually planned for my birthday last year, I also received a little keepsake of the champagne cork  and wire, turned into a mini hot air balloon. 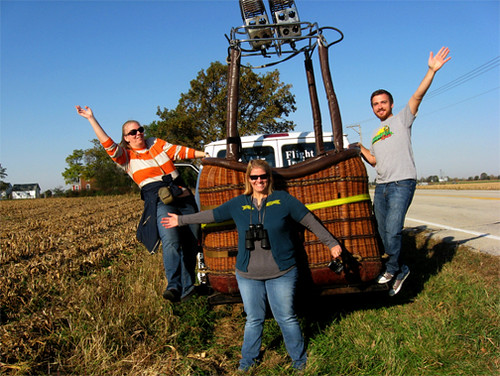 I can now officially cross off this item on my list.