Wow, it has been so long since I’ve posted. I’ve returned over and over to update, but just couldn’t get myself to do it. It’s not for a lack of things to write about, but more an overwhelming amount of things to do and things to cover in one post. Let me try and do this without getting too wordy.

I joined the PenPalParty organized by Susie at BoyGirlParty and have two new penpals that are the best. 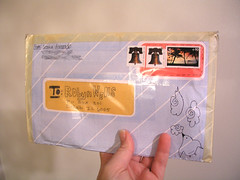 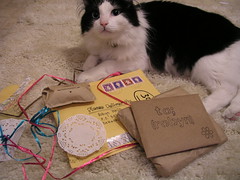 Next, my friend Nikki is like me in that we always want to have adventures. She organized a trip into the city (chicago) and we went ice skating at Millennium Park. I’ve wanted to go skating in Chicago since I was in high school, so this was a huge thing. It wasn’t on my 2009 list of things to do, but it should have been so I’m going to add it as an honorary item. We were all nervous going in, but once we got out onto the ice, the day turned magical, going from nasty rain to perfect snow. I had so much fun. It was one of those days where my cheeks hurt from smiling sooo much for sooo long. 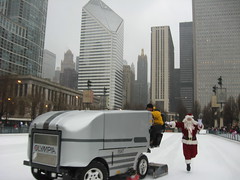 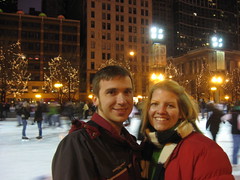 Matt and I with the city lights behind us 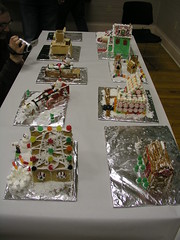 On the 18th I held my fourth annual gingerbread house making party.  There were 12 people in attendance, 10 houses created while we munched on snacks, sipped hot chocolate, listened to Christmas music and conversed. As usual there were such creative entries, including a saucer UFO, an operation massacre, and a sleigh ride! Click the picture above to see each gingerbread house on it’s own. 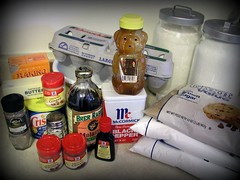 I used this recipe to cook pfeffernusse cookies for the first time. They came out delicious, but I’m not sure if they were really like the pfeffernusse cookies that I’m used to. Fortunately, Archway pfeffernusse cookies are back on the shelf this year (after the company closed last year), and if you want to sample some deliciousness, snatch them up from the grocery store shelves quickly before they are gone until next year.

I’ve been working on so many other little projects, things here and there, that I also wanted to share, but for time’s sake I will postpone.

One thought on “I’ve been busy”