Shuffle? I think not. 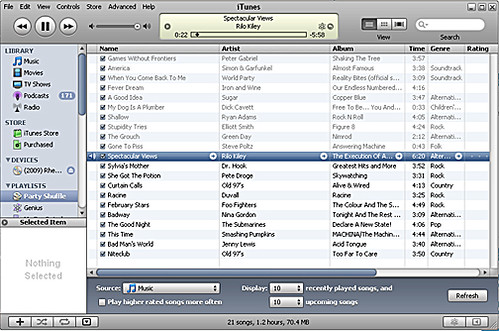 Today I am going to talk briefly about one of the great mysteries of the modern world.

The other day I received a fwd. email*. It contained funny observations about modern life. It said hilarious things that made me lol… only for real, not just type the letters lol. Anyway, one of the observations was “I like all of the music in my itunes, except when it’s on shuffle, then I like about one in every fifteen song in my itunes.”

Have you ever wondered if just maybe your ipod/itunes programming is sentient? How else does your ipod know to play Time Bomb by Old 97s exactly when you need that little push to get you through the end of the work day? Conversely, when you have guests over and you’re trying to impress them and play all cool, how does your itunes knows exactly then to drop that one spice girls song you have in your library, and make you want to crawl under a rock?

Back me up here, is it not true? Sometimes you have shuffle on and it plays THE BEST SONGS EVER back to back to back, so you check to make sure you aren’t playing a playlist of AWESOMOSITY! Nope, just shuffle. Other times it’s pulling out songs that make you want to gag and all you can do is hit fwd, fwd, fwd, until you finally just go back and tell it to start shuffle all over again. Hopefully this intelligent machine will rethink about it’s train of thought and play a song you like once in a while.

Do you guys know They Might Be Giants and their song Fingertips? Well, it’s a song on their album Apollo 18 that consists of about 20 small 5-15 second songs. Songs with lyrics like “What’s that blue thing doing here?!?” When the album went to CD they made each song it’s very own track. Now, you won’t hear any of these songs for a year and then whammo, in one short day 5 of them will pop up “randomly” between songs.

Shuffle? Or just the beginnings of Apple’s super top secret plan to take over humanity?

Okay, now that I have that off my chest, just a few things I would like to share: 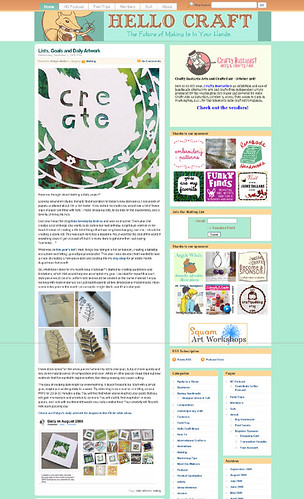 My second article is up over at Hello Craft, so please click on over and check it out!

Today I just discovered this awesome flickr pool, after several of my flickr contacts contributed to it. It’s called What I Wore Today (drawings only!) and it is exactly what it sounds like; drawings of people and what they wore. Imagine Wardrobe Remix but for the illustrators. I think I will need to participate in this soon :)

My sister sent me this video (watch the boy in the red shirt) and I know I posted it on my facebook so many of you have already seen it, but really, it’s worth another watch isn’t it. My sister loved the slap, I loved the eye contact move and Matt just said “it’s not so funny if you imagine he’s actually a 30 year old man” lol.

*I don’t really ever fwd. emails, but this one was really a classic. Not only did I fwd to everyone, I also printed out a couple copies to hand to the non-emailers. If you would like a copy of this email, just leave me a comment and I’ll be glad to pass it on.

5 thoughts on “Shuffle? I think not.”