This weeks “Found Art Tuesday” was themed envelope. I have a stack of these beautiful blue long envelopes that I picked up at last years Paper Source rummage sale. I never knew what to do with them, but after Rosa announced the theme I spotted one and now I’ve already created a couple found art pieces to use for the following weeks. 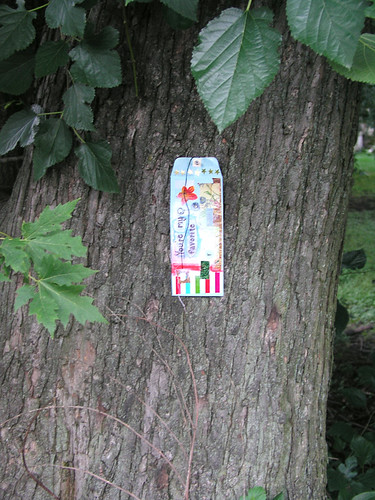 This particular one is pretty chaotic. I tried to not think too much and just “go” …and this is what you end up with. 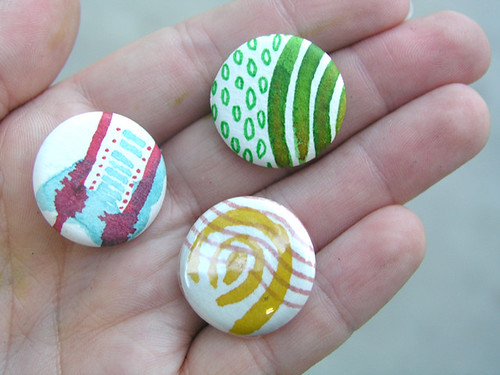 I took it out to the alley again and put it on the same tree as last time. Part of it was run through the sewing machine so it wasn’t very functional, but I was able to put a tiny note and these three buttons inside. Actually one is a magnet. I just did some abstract, non objective watercolor and ran them through the button maker.
They were real fun to make, super small-so they were real quick, but the paper was too thick and so the plastic cover split on two of them. I realized a little too late that if I don’t press the machine so hard the plastic wouldn’t rip. I’ll probably buy some thinner water color paper to make more.