I’ve FINALLY done it! Finally participated in Found Art Tuesday (only 2 days late, but I painted the artwork on Tuesday if that counts). The theme for this week was Travel. Immediately I thought of flight, and knew I would want to incorporate that into my piece as well as my method of releasing my piece to be found (far, far away). I created a collage first and then painted on one of my miniature canvases in the same style as my Artomat paintings. 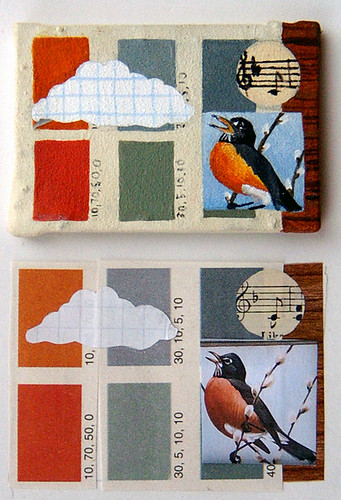 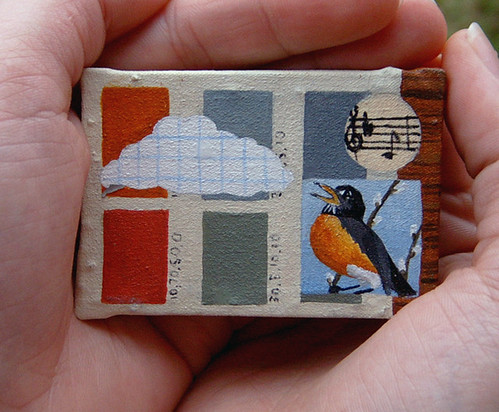 I’m pretty squeamish with the idea of abandoning artwork of mine locally, so I liked the idea of letting my pieces fly far away from me, attached to balloons. I hope people don’t get to cranky at me for doing this, as I’m aware it is not very eco-friendly. My innitial idea was to use one balloon. Matt said we might need a couple, and I thought “great! that will take it even further away”. But when we went to go buy them it became evident quickly that even 6 might not be enough. I originally had my piece of artwork in a ziplock baggie, in a handmade envelope made of a map, then in another ziplock, placed in yet another bigger, attention grabbing, handmade, red envelope then securely sealed in packing tape. Six balloons would not lift the small parcel so I started removing layers of packing tape, still nothing. I had to eventually cut off the outer red envelope and left it as a ziplock bag with the map envelope visible from the outside. I was afraid that the wind would blow it directly into a tree or power lines so we drove 5 minutes out to the countryside. 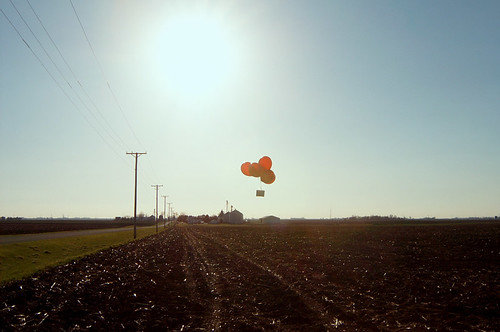 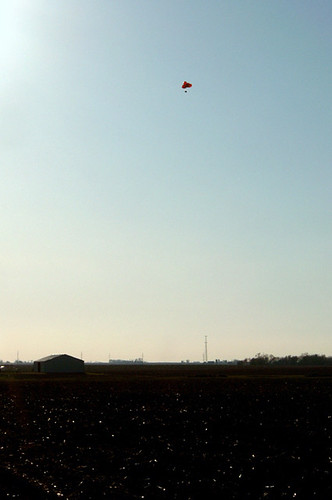 I know that the chances of it being found…ever are pretty slim, but I have high hopes.

This week I listened to an interview podcast with Keri Smith where she used the phrase “excitement of the unexpected” when describing her Art. I thought “EUREKA!” those are the exact words to describe my passion for artwork within the last several years. Vending art through revamped cigarette machines (artomat) is pretty random and unexpected. The person  never knows what will come out after they pull that knob. Then, I just love to imagine the reactions of those who have received my mailart, how unexpected to get a mixed media piece traveling openly across the globe! This same concept of ‘excitement of the unexpected’ is what attracts me to projects like Found Art Tuesday. In the Keri Smith interview she revealed (to me) that she has a second book coming out this year titled “The Guerilla Art Kit” and I am so unbelievably anxious for this ont to come out.

Hopefully someone soon will be excited by unexpectedly finding a small package and balloons come their way.