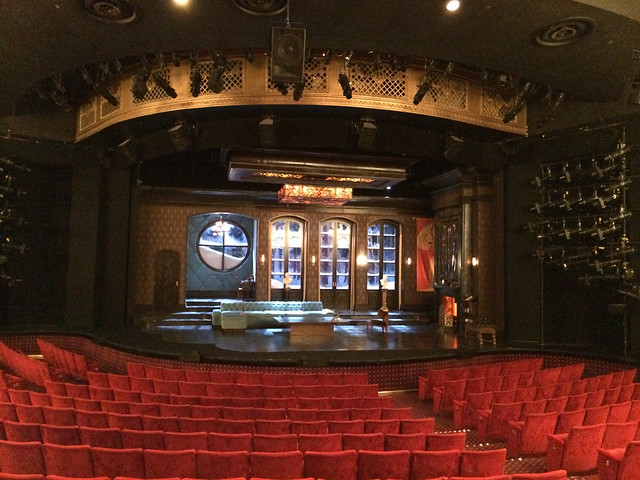 Anticipating– My birthday later this month, of course!
Buying – I just went to Renegade Chicago on Saturday, so there will be a loot post on that shortly
Creating –  oh gosh, so many things. I have so so so many projects I’m working on and finally feeling some drive to actually work on things
Eating – Well, maybe more like what I’m not eating. I got a cold or flu last week and didn’t eat at all one day, so I took it as a chance to reboot and eliminate sweets from my diet.
Feeling – I’m still getting over the sickness I had last week and have been coughing and sniffling. Hopefully it goes away quickly and isn’t one of those that sticks around for weeks.
Listening – Lots of spotify. Want to test out an album or artist, entirely? Spotify is your answer. So, spotify is reminding me that last week I listened to a lot of Ryan Adams (I pre ordered his new album months ago and it should arrive this week), Molly Ringwald – did you know that Molly Ringwald has an album out (I don’t think it was really for me),  and Pickin’ On Series – do you know about Pickin’ On Series? I’m not sure what their back story is, I’ve looked briefly online to find out what “the deal is without any luck. I first discovered them years ago when searching itunes for a cool cover of a Shins songs. It’s a cover band that blue-grasses” up all sorts of artists’ music, from artists like Taylor Swift and Disney songs, to Kings of Leon and Mumford & Songs, as well as Motley Crue and Aerosmith. Some of the music is just instrumental and while others have vocals. I’m guessing Pickin’ On Series it is a huge collection of different artists brought into the studio, not just one band. Their library has probably thousands and thousands of songs in their catalog.
Loving – My work schedule. Now that evenings are getting shorter, getting off at 3 is going to be the BEST THING EVER.
Missing – My dad, of course. It hits me here and there when things pop up that I would have asked him advice on. Lately, as the talk of fall approaches, I’ve been thinking about last winter when he picked me up from work a lot and we would drive around for a bit and just talk and see new things, or even just sitting in my driveway talking.
Procrastinating – Posting to this blog! I have a mile long list of posts I want to publish, but have just been procrastinating so long that now I feel overwhelmed about where to begin. This post is an attempt to break the ice.
Reading – The Golem and the Jinni by Helene Wecker, recommended by Courtney. We went camping a couple of weeks ago and I brought the book with me and pictured so much time reading it but really I only had time to read a page or two. Then I recently renewed my library card and borrowed, Share Your Work! by Austin Kleon, and  2014 Artist’s and Graphic Designer’s Manual, both of which I feel are actually worthy of purchasing, and finally, I’ve been slowly going through the Creative Block by Danielle Krysa (of The Jealous Curator) and only reading as I try to do each artist’s creative unblock project.
Seeing – This summer we have gone to the theater twice, once to see Arsenic and Old Lace at the local Stage Coach Theatre, which was a play my mom directed at the middle school, and then most recently we saw The Game’s Afoot at Drury Lane in Oakbrook Terrace (set pictured at the top). The Drury Lane show was very impressive, the actors were excellently cast and the set was just short of breathtaking, with slowly falling snow outside of the windows. A side note: I secretly wished to act when I was younger. I even got the nerve up to try out for a play in high school but was SO TERRIFIED I couldn’t do anything other than just read the lines, I don’t think I even looked up from the paper while I was reading, and you can probably guess, but I did not receive a part. Then when I worked for the newspaper we always ran articles about the Stage Coach Theatre, and then of course with my mom directing plays every year and helping out with those, I thought “someday I’m going to try out and be in a play at the Stage Coach.” Every time I’d see an article I’d think “maybe next time I’ll actually try out”. In reality, and fast forward to today, this was my first time even attending a show at that theater and going there I revisited that old dream and had to laugh because that sounds like an absolute nightmare to me now.
Watching – The thing most worth mentioning is probably Les Revenants (The Returned). Both my mom and I happened upon it on netflix much earlier this year, watched it and LOVED it so much, that we recommended it to our movie night group. So we ended up watching it AGAIN with everyone else and they enjoyed it too. I can’t wait until the second season comes out.
Wanting – a whole week where I could just lock myself in my studio and work on all my projects and I don’t have any outside commitments to go anywhere or do anything else.

One thought on “Right Now I’m…”