Inspiration Junkie (at a previous location) used to have a sidebar called Magazine Whore, and under it I linked to all the magazines I subscribed. I used to read A LOT of magazines. But then blogs became my obsession. I realized at some point I wasn’t really actually reading the magazines that would arrive in the mail anymore, and just let my subscriptions lapse. Sadly, I’m sure I wasn’t alone in this and many of those same magazines have since folded. 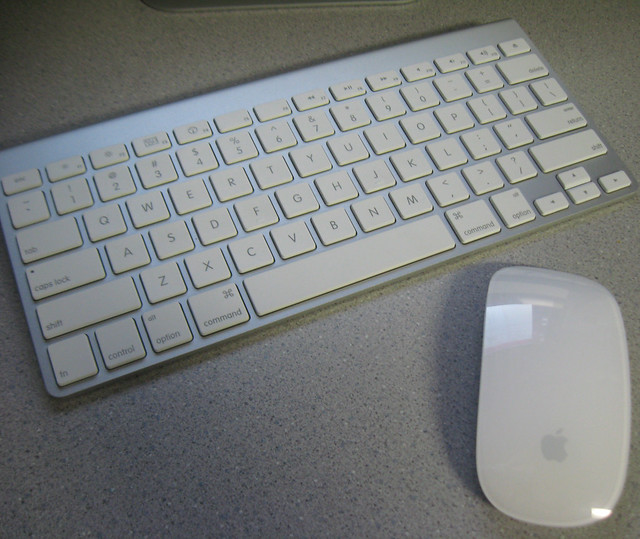 At the time, what I wanted to read was personal features about creative development in art, design and craft, specifically spotlights on creative everyday people and how they worked and the cool things they were doing. I wanted to be introduced to people that I could relate to, but that also were doing things that I was dreaming about doing myself. Print articles that would fall under that category might happen (maybe) once in a magazine (if I was lucky), but on the internet it was happening on blogs everywhere, all the time. I was getting to read about people’s personal explorations, learning techniques and tutorials, etc. 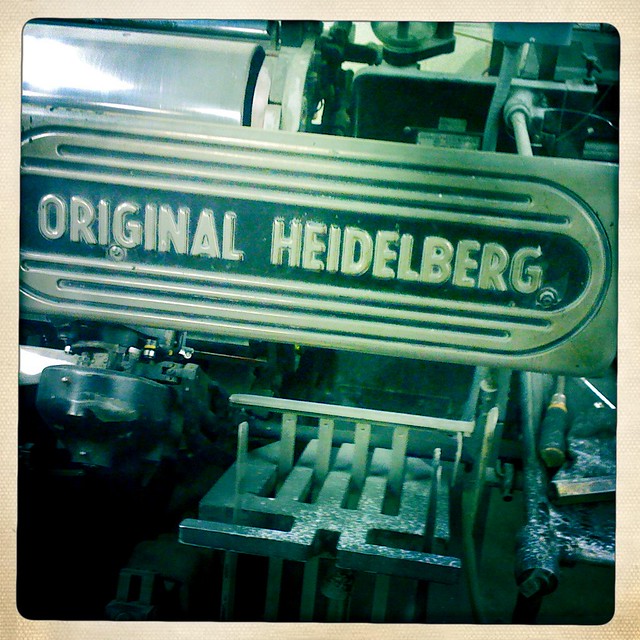 Here’s the thing. I have worked in the print industry since I was 16 years old. Actually, if you count my paper route in middle school you could say I’ve been working with print for almost my entire life. I’ll never stop loving print. It is a passion of mine. I’d be hard pressed to think of many things that beat working on something by hand or computer and getting to see it through all stages until a finished professional print product is in my hands. 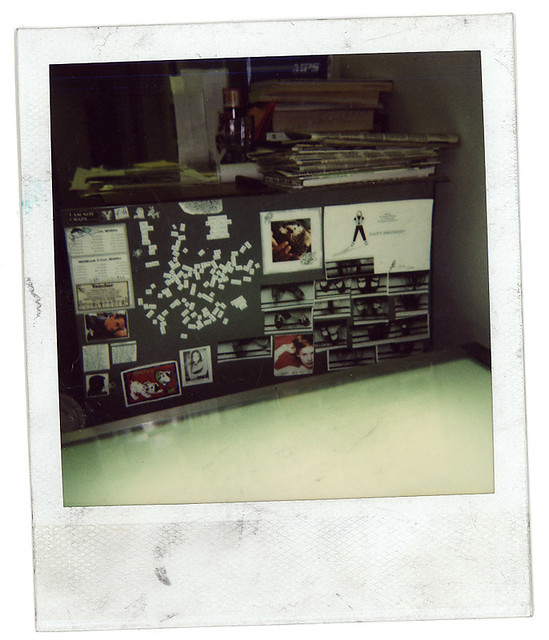 My light table, back in the day

It’s funny to me, thinking about how when the internet came around and blogs sprang from that, that we all but abandoned magazines and print altogether. Blogs were a place for more personal connections. I think after so many years of people sharing the intimate parts of their everyday that many bloggers are wanting to reign back and instead put out more and more highly edited and curated posts and information. Even though there is this backlash at projecting the perfect happy life, bloggers are still wanting to share less about their personal lives and “publish” more polished content. Many bloggers are making money (not this blogger), sidebars are filled with paying ads rather than linkbacks, posts are sponsored, content is based on free merchandise given for reviews or given up as giveaways, everything is promotion, promotion, promotion. I feel like the blogs that used to share about their relationships or day to day lives, are now sharing running features that more resemble magazine articles. Even the look of sites are geared more towards magazine style. I listen to the podcast After the Jump hosted by Grace Bonney of Design Sponge and on a number of occasions she has mentioned how blogging and advertising on the internet has changed so dramatically since she began in the mid 2000s. In an early episode, it really struck a cord, she mentioned how it used to be that bloggers were just regular people who created their own place on the internet to share the things they were interested in, but now everyone’s bio declares they are the expert of something or other. Whether these people are self declared experts, or if “more experienced or qualified” people have pushed out the regular folks is to be determined, but one thing is for sure and that is blogging has become much more competitive.

Maybe it is this commercial switch that is happening on the internet, but I really sense that print magazines are making a comeback. Maybe people are looking for fresh material and everything on the internet is done over and over, getting reposted, reblogged and redone and getting stale? Everyone’s been talking about the return of Domino Magazine for the last few weeks. The last several times I’ve found myself in magazine isles at the book store I’ve been shocked at the wide variety and selection of magazines. Print does not look like it’s dead, but maybe making a comeback. Design Sponge has even released a couple of print newspapers. I think there is an excitement returning for the tangible. 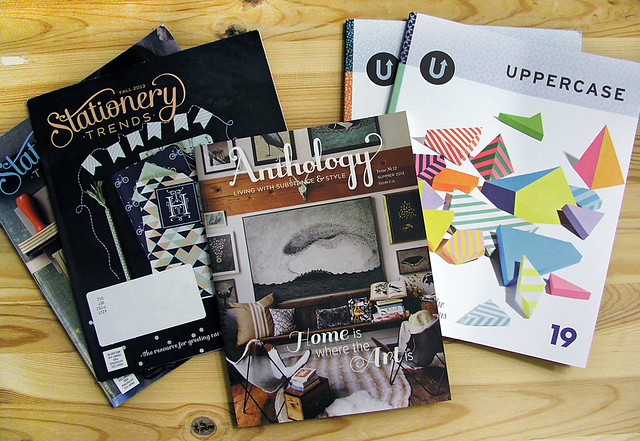 That being said, it’s been years since I’ve held any magazine subscriptions but just recently I’ve found 3 magazines that I was excited about enough to subscribe. I pour over each issue and savor each page. They are Stationery Trends, Anthology and Uppercase magazines. They all appeal to my aesthetic, but Stationery Trends and Uppercase really appeal to my interests in print and design especially.

I also love magazines like Cloth, Paper Scissors (which I have subscribed to before) and the Somerset series of magazines. Have you picked up or subscribed to any good creative magazines lately? I’d love to hear about what else is out there. I always think it would be a dream come true to work for a magazine or even start my own someday.

2 thoughts on “Magazines and Print”