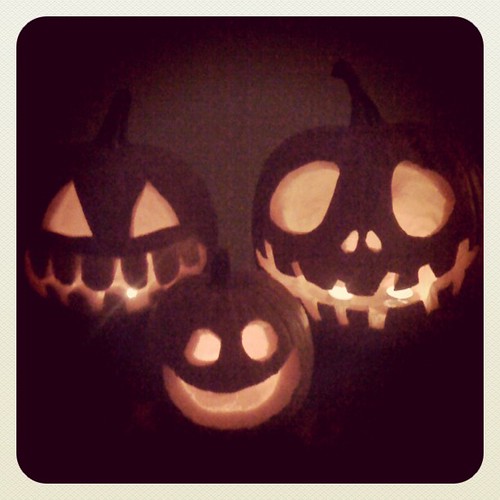 I’m feeling so happy right now and so I wanted to post here to share all the things I’m grateful for inm.

1. My sister so generously decided to give us her xBox and Kinnect and buy herself a new one with a larger hard drive. This, only a week or two after I asked her if I could borrow her xBox so I could play Dance Central by myself and not feel like a fool dancing in front of other people. Now I can play it to my hearts content. This just means when we get together to play with friends and family I will school them all with my tons of practice, HA! The gift just about made me cry because I’ve wanted an xBox for so long. I really couldn’t justify buying one when Matt already has a playstation AND wii.

2 and 3. It isn’t Halloween without two traditions and that is the Sycamore Pumpkin Parade with my best friend, and Pumpkin carving with Tom. It was tight, but both were accomplished one day before Halloween and I’m elated now.

Picture by my sister, stat1995

The neighboring town Sycamore was celebrating their 50th anniversary of Pumpkin Fest. Erica and I have gone together to just about every pumpkin fest  since college, and even marched in it together with band as middle schoolers. This year my brother, sister in law, nephew and sister were able to join us. It was so adorable to hear my nephew (who is 20 months old) waving and saying “Hi!” to all the passing floats. 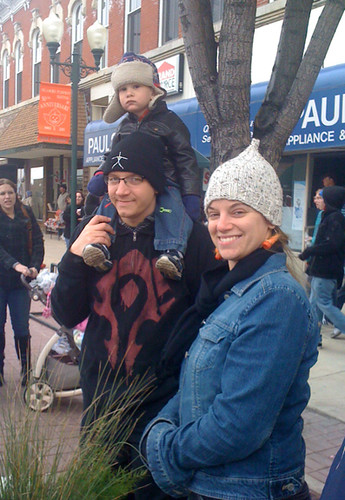 My brother, sister in law and nephew at the parade. 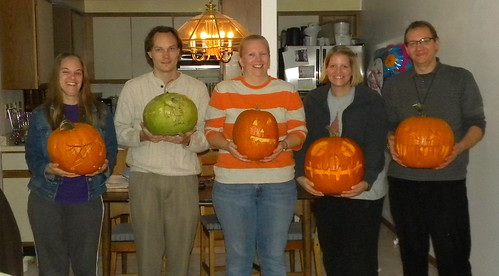 On Saturday my mom, my brother’s family, my sister, and a friend Chad came over to carve pumpkins. We listened to my Halloween pandora station until my sister had enough of The Monster Mash. Then we watched Yo Gabba Gabba, naturally. Anything else would have been too scary for a 1 year old :p Sunday, late in the evening Tom came by and Matt, Tom and I carved our annual pumpkins. I was so grateful that we were able to squeak by and still get it in before halloween. One pumpkin was missing this year, but by the three of us carrying on the tradition I know Nikki would be happy. The picture above is from Saturday night. The picture below is from Tom, Matt and I on Sunday night. 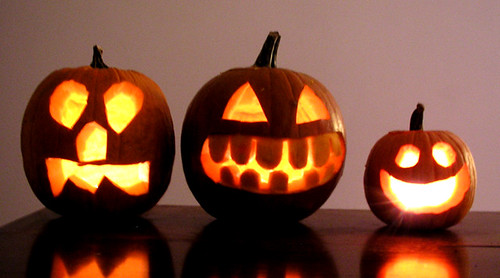 4. My sister, Dacia and I winterized our garden for the year. The garden was a great success and a huge learning experience and we have bigger plans for next year and I can’t wait. We pulled up all the grass and weeds that we had let go a bit crazy at the end of the season. Then we tore down all the remaining live plants, hauled in 6 bags of fall leaves and mulched it to oblivion with a mower. It looks great, and was fun even if strained something in my back and my hands are so sore a day later. It isn’t even winter yet, but I’m ready for spring already :D

5. Ever since I saw this recipe for Healthy Chocolate Chip Cookie Dough Dip on pinterest, I couldn’t get it out of my head. So on Saturday I finally rounded up the ingredients and made it. It was a huge hit Saturday night, served with nilla wafers. But, let me share one tip. I made it and immediately tasted it and all I could taste was the beans. I thought it was horrible. BUT, I put it in the fridge, let it set for a few hours and magically later that night it was transformed to taste exactly like cookie dough. Pure MAGIC, I tell you!

picture by Heidi Kenney of My Paper Crane

6. It’s our first halloween in our new house and I’m so excited. I’m handing out candy as I compose this post. Inspired by the Halloween extravaganza going over on Heidi Kenney’s blog, I’ve made my own halloween decoration for the front of our house. I was pretty unimpressed by what the stores offered and after seeing her signs I broke out my jigsaw for the first time and made a pumpkin. I want to make a ghost for next year. She also had a couple of great posts about family friendly and adult scary movies for halloween and so I was reminded of Mr. Boogedy, a movie my brother and I used to watch all the time on VHS. So good. 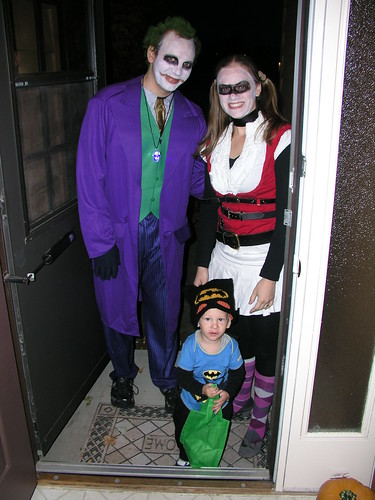 My brother’s family just stopped by, they have a Batman theme going on. Doc is Batman, my brother is the Joker and Dacia is Harleyquin. The neighbors came by and my neighbor created the costume for her daughter. It was a goldfish, an orange hoodie covered in orange cupcake liners for the scales and eyes painted on the hood. So cute. One little year old fairy came to the door and when her mom told her to thank me she said “beeboo”. Oh, the president just came to the door and called me “Mam”.

I hope everyone has had a wonderful Halloween!