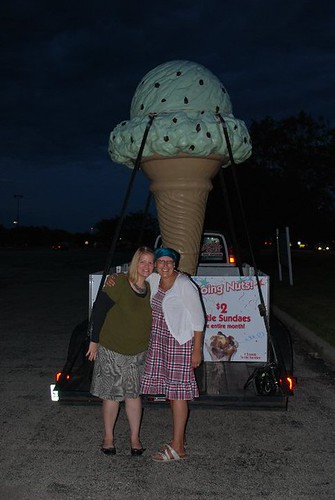 Today would have been Nikki‘s 30th birthday. Earlier this morning I left a post on her facebook page sharing a little message. I want to share the story here but in more depth.

I originally met Nikki through my friend Tom. To know Tom is to know a very vibrant character. He’s saucy and always has the best stories to share. When he started dating Nikki we hadn’t seen him for a couple weeks and then he springs on us “come meet me for dinner. I want you to meet my new girlfriend.” We were all kind of surprised because he refused to ever call the previous girl he dated a “girlfriend”. We don’t see him for a few weeks and BAM, he was already in a committed relationship.

A big group of us went out to the Junction – a local family restaurant/hangout. Nikki was so quiet and just painfully shy. I don’t think she made eye contact with anyone and I have this memory of her almost hiding behind Tom, like he were a security blanket and we were a pack of rabid, starved wolves. To be honest, we kind of could be that way when it’s one person against a big group of people that all know each other and have countless inside stories and jokes. But to be honest, I can be just as shy and awkward, I just had the comfort of my close friends on my side. Much later, unbeknownst to me, Matt would inform her that we had already classified her as a “dud” after that first meeting. (smacks hand to forehead)

It was probably a few weeks after initially meeting her and we were at Otto’s, a local bar. Side note: Otto’s was the place that Tom and Nikki met for the first time, and it was on her 21st birthday. I was sitting next to Nikki on a bar stool. Conversation was still a struggle and I think she had already given up any hope of making friends with Tom’s friends. In fact, she was into talking to some random person next to her when I overheard her say when her birthday was. It was one day before my own. I’ve always had a thing for people who share (or are near) my birthday. It might seem silly to some, but I felt like it was some sort of a sign. Right then and there I got off my chair and told her I had to give her a hug and I knew from that moment on we would be friends. 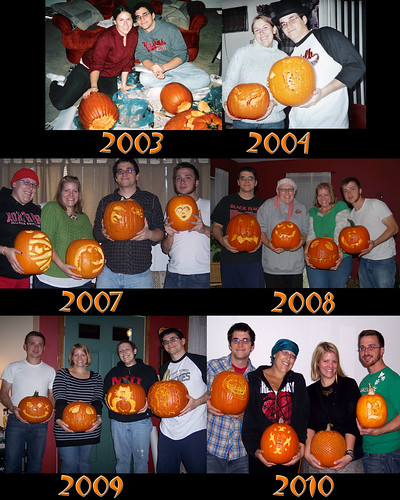 (Nikki put this collage together last fall. The thing I love about it is that the top two photos were probably taken by Matt or myself. The missing years were probably years we forgot to take pictures, but we always carved pumpkins together every year.)

And we did become great friends. It was true that we were very different, but in other ways she and I were so much alike and shared so much in common. I knew things about her and felt like no one knew me in the same way she did. We both loved dragging the guys out and having adventures as well as creating and keeping traditions. Having birthdays so close and celebrating together was just one of the many traditions. My birthday will always be tied to hers. I miss her like crazy and always wish she were still with us. From things like the songs that pop up on the radio every time I’m thinking about her, and the box turtle my family just brought home, to the address number of our  new home, I know she is still around.