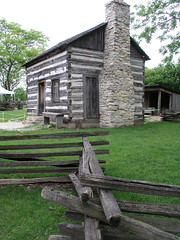 If you know me, you know how obsessed I am with those old reality shows/documentary series where they stick regular people in time specific places and they have to live as people would during the time. It all started with watching the 1900 house on PBS with my mom.

A couple months ago I was enthralled by a “tourist infomercial” about New Salem, IL. It’s a historic settlement type of place where they have old buildings and show tourists about the old way of life. I think it would be so cool to work or volunteer at one of these types of places. My brother or Matt said “what would you do there?” and I said “Well, I know how to use a spinning wheel and I can garden.” I’ve just been having a conversation with coworkers about how I’ve been wanting to go to one of these types of places.

On Saturday we went to the Civil War Days at the Naper Settlement in Naperville, IL. The Naper Settlement is something I’ve heard about for years and years, but I’ve never visited it. Driving by yesterday, we could see the grounds were filled with white canvas time appropriate tents. Through the fence I could see all sorts of people in period clothing. I immediately started getting excited. I brought my camera to share some pictures from the day. 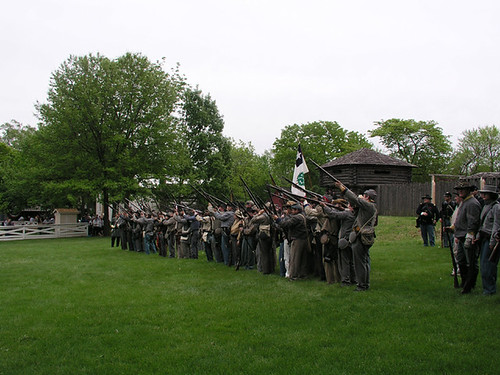 There was a battle, which was crazy loud. I couldn’t really see over the crowd and the cannons were so loud I could feel the air hit me. After a while I wandered off and spoke with a woman who was working on lace. 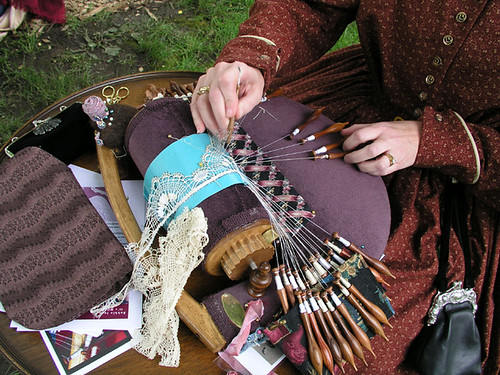 After the battle was over we went into the school room where we found an oil lamp had knocked off the wall from the shock of the cannons. Apparently they close all the buildings during the battles because for exactly this. My brother said he noticed the windows to all the surrounding buildings vibrated with all the gun fire. 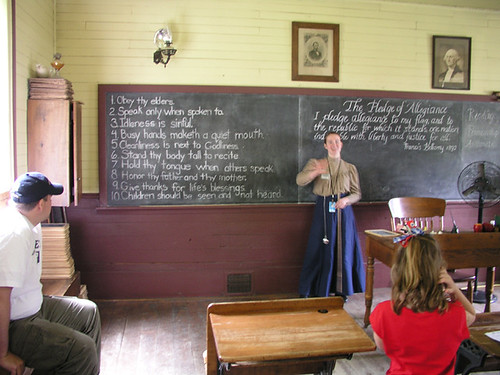 My two favorite things had to be the printing building, naturally… 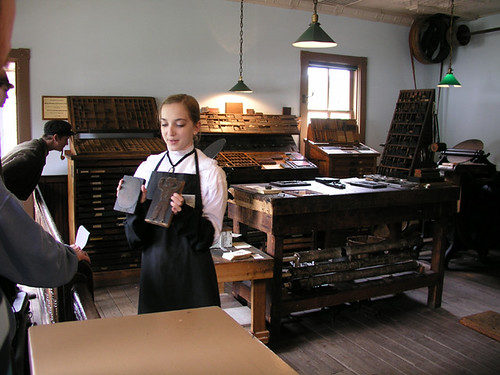 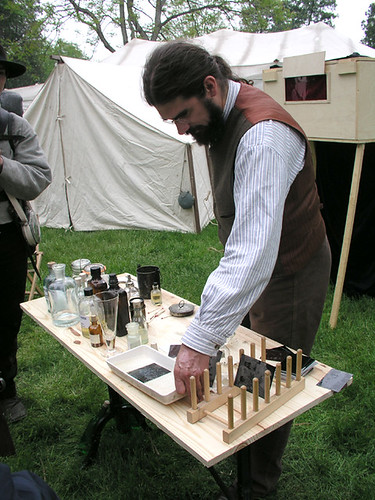 I had such a good time and can’t wait to do more of these types of events. Dare I say, become a re-enactor myself. The day couldn’t pass without recalling the book Choke by Chuck Palahniuk, and an episode we recently saw of Big Bang Theory, where they visited a renaissance fair.

You can see more pictures from the Civil War Days at my flickr.

5 thoughts on “Civil War Days at the Naper Settlement”