my explorations into doll making 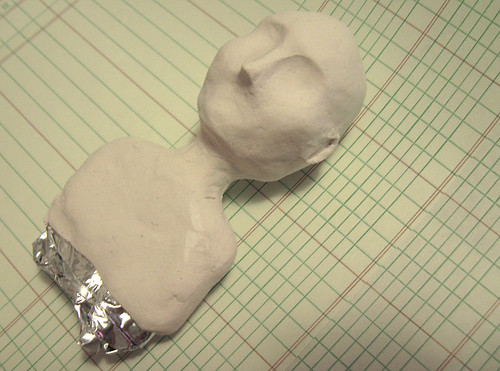 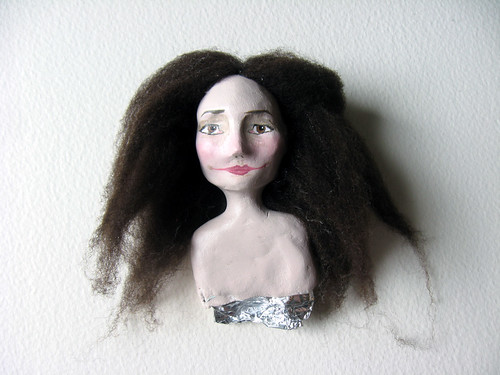 As I mentioned previously, I HAD TO MAKE A DOLL…like now.

After seeing La Senorita Pil‘s amazing dolls, and falling madly in love with her style, I ran to the library to take out some books on doll making. I picked up Dollmaking with Papier Mache and Paper Clay by Doris Rockwell Gottilly. Following her instructions and trying to not copy but go with my own instincts and style I made this scary, complete blech! doll. I hate this doll and I wish I were La Senorita Pil. Isn’t it how life goes? I like myself, I like my style. Then, I hate myself I wish I were someone else. One step forward, two steps back. But not really, ya know? Instead maybe doll making is just not my forte. It is very much my thing to want to at least take a stab at every kind of making out there and now I’ve worked that out of my system, for a while at least. I realize that if I continued on working with it, it might come back around. I’d refine my styling enough that it could evolve into something nice, and something that I actually like the look of, but I don’t think I really care enough about doll making to persue it. Instead I’ll just continue to look at La Senorita Pil’s work and daydream.

I’ve posted the links before, but I really want you to check out La Senorita Pil’s work (dolls/drawings/paintings, etc.) on flickr and her etsy shop. I love her stuff so much.

3 thoughts on “my explorations into doll making”