I finally did it

It’s Friday! It’s been a busy week, in a good way. 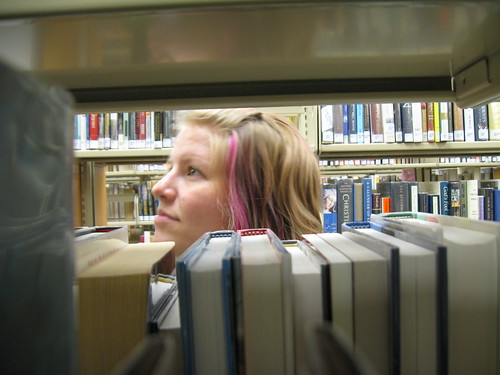 One exciting thing for me this week was that I, along with my best friend, went to a hair salon and got pink hair. One thing you might not know about me is that I’ve basically had the exact same hair style my entire life. I have dark blonde, light brown, super fine, limp, flat hair. I’ve always wanted to do something a little outrageous, but have been too afraid, or concerned about previous employers. When I told Erica how I’ve always wanted to do it, she immediately said “We’re doing it!” and has really made me take action by calling around and actually scheduling hair appointments for us. Matt was less than thrilled with the idea, but I figure I don’t tell him how to wear his hair, why should I care what he thinks. By my age (turning 31 this month) most people have probably already had fun and explored during their rebellious teen years. Not that I feel like I’m being rebellious, but just finally being able to feel more comfortable  and confident expressing myself, then I would have in my teen years. I’ve always said that I feel like I’m waiting for a midlife crisis before I can finally sink in and be happy with myself and do all the things that I wouldn’t do before because of my own personal hang-ups. I’m not quite at midlife for this adventure, but maybe that is a good sign that I won’t just explode at once from holding it all in for so long. Honestly, it’s so much fun. I was very worried that it wouldn’t “work” with my personal look, or that it would fry all my hair and it would just crumble off my head.  In a very wonderful surprise the hairdresser turned out to be an old acquaintance – a dear friend of a dear friend of mine, kind of a thing. I told her “baby steps” and so the pink is all underneath the sides and back, and with as straight as my hair is, it’s almost unnoticeable until I pull my hair back or wear it up like I usually do. Almost immediately after leaving the salon I felt like I had made that leap that made me comfortable enough to definitely do more next time. And Matt likes it too, I think he was worried it was going to look like I did it myself in the sink, but this is a very professionally done “do”. I told erica that I could definitely see myself as being the type of little old lady still rocking the crazy colored hair, and I hope that’s true.

And for those you who have not already read Erin’s blog announcement. She and I will be having concurrent solo Art shows this fall/winter at a local gallery. It was actually her goal this year to have a show and as fortune would have it, she was approached by the DeKalb Area Women’s Center to have her own show there. There are actually two galleries at the DAWC and so they asked her if she knew of anyone else that might be interested in showing at the same time and she invited me. The idea of having my own show is a bit nerve wracking, but I am trying to stay calm and keep it kind of casual for right now. I’m sure there will be plenty of time for panic closer to the show. To help alleviate any of that panic now, this weekend I’m going to work on putting together a time frame of deadlines for the show. Thinking back to my time in college, the idea of having my own show was so far fetched, it’s just amazing to me that here I am now doing it finally. At the time the idea was so scary that I think I might have even claimed that I would never have my own show because the fear of people looking at, summing up and wanting to talk to me about my own work was so petrifying. I’m not sure if it has really sunken in fully and feels like “Hi, I’m Robyn Wells and I AM HAVING AN ART SHOW.”

Okay, well, it’s time to wrap it up. It’s also that time of year where there are fairs going on every weekend and I am hoping to hit one up myself :)

Have a great weekend!

5 thoughts on “I finally did it”