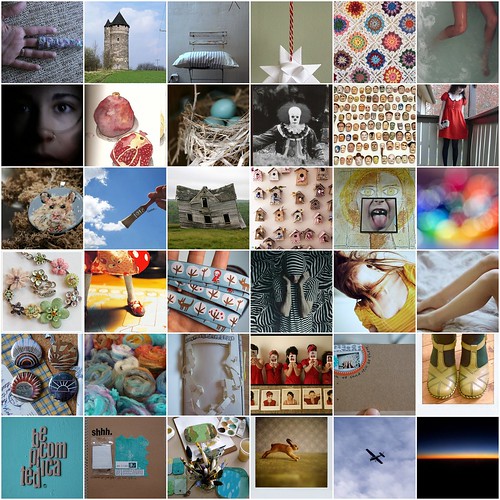 My creation, originally uploaded by robayre.

Yes, I’m still alive.
– – – – –
This weekend my sister in law Dacia played a concert in the burbs. She opened for a band called Popple, they were pretty cool. They played the ukelele, wore mullets, and song a sang in binary code.
– – – – –
We went to IHOP. I got that Dr. Suess drink. It was Mountain Dew with red and blue jello cubes in it. As expected, the hype was overrated. Matt said “Of course it was, drinks are supposed to be drinkie, not eatie.” But I love boba drinks, so go figure.
– – – – –
This weekend my sister and matt and I did some geocaching. I have the idea to create a cache that is Art themed. People need to leave a small piece of artwork, to take a small piece of artwork, or maybe they could do a little drawing in a moleskin. Now, just to think of where to hide it, hmmmm.