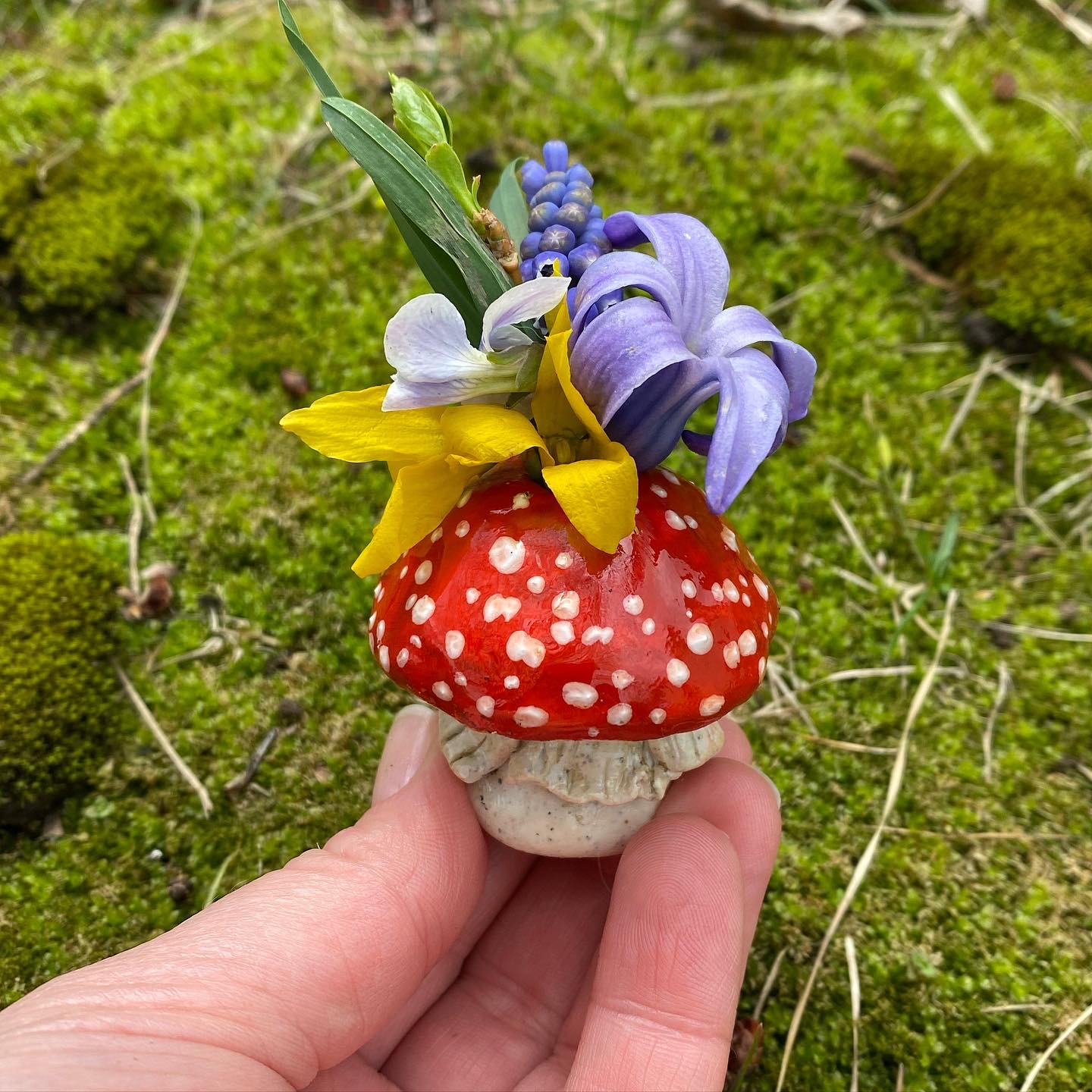 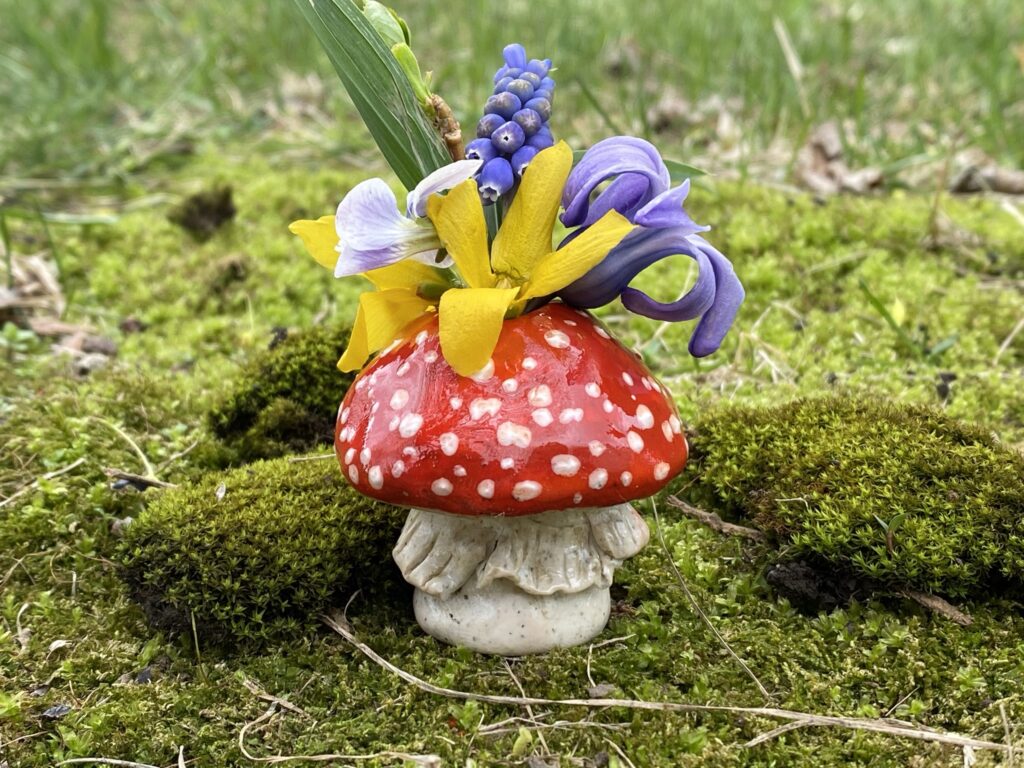 I love a good bud vase and have purchased several over the years. Last year I had an idea to make a mushroom shaped bud vase. It has been on my to-do list ever since, but whenever I thought about working on it, I just wasn’t sure how to proceed. For some reason I thought it needed to be made from the same clay used to my my beaded necklaces. It’s a lightweight paper clay and while I spray gloss varnish the beads, I wasn’t sure how well that would hold up for making a vessel that holds plants and possibly water.

Recently I started supporting Jamie Green on Patreon and they had an old tutorial showing how they make pins and brooches from Sculpy bakable clay.  I’ve used Fimo many times but was never very happy with how it came out, but Jamie’s tutorial gave me confidence to try out sculpy.

Everything ended up working out so well. Sculpy, once baked won’t take on water like the paper clay, AND will be much heavier to support holding flowers that might tip a lighter vase. I was literally making this vase on the floor in my living room, using my huge The Complete Gnomes book as my work surface. I looked next to me and there just happened to be a ceramic tool with a bulb shaped edge which would be perfect to form the inside of the vase.

I think one of the reasons Fimo never worked for me before is that I would buy the colored clay and expect whatever I made to be perfect with just the clay. But in reality, you deal with  fingerprints, clay colors mixing, dust or cat hair getting in or on the clay. For this project I just used white clay and then painted it. Jamie coated the pins with a two part epoxy resin (which I’ve used before for jewelry) but I felt more comfortable using the same spray gloss varnish that I use for the beads. The varnish will just help seal the paint in and give it a finished, shiny look. The clay itself will be water tight.

Everything was good until I dropped the vase in my yard as I was spraying the second coat of varnish. It got covered in dead grass and dirt. I was able to pick off most of it, and would have been SO ANGRY if it had been a project that was less crunchy and needed to be pristine. But this is a mushroom and mushrooms love dirt so it just added to the character.

I originally wanted to make only the one for myself, but it came out so well that now I want to make a few more. Possibly larger and of different types of mushrooms. A friend was already inspired and planned to make a little envelope shaped bud vase.

One thought on “Mushroom Bud Vase”