Going to the Drive-In

A quick note, as it’s been weighing on my conscience that it’s halfway through the year and I haven’t posted about my yearly lists yet. I didn’t put together a list this year because I wanted to take time to finish the things on my previous lists. I’d rather work away at items that are important, rather pile on more obligations to the point that it is no longer enjoyable. That being said, earlier this week I was thrilled to cross off an item from last year’s to-do list. I went to the drive-in movies for the first time in my life. After driving past the Cascade Drive in (West Chicago) over 10 years ago now, I’ve known that was the drive-in I wanted to attend.

Talking to people beforehand about the drive-in, I gathered that it was fun enough, but nothing amazing. I tried not to build myself up as much as one can, when they’ve been wishing to go to the Drive-In their entire life. Honestly, I’ve wanted to go for so long, but it had to be with just the right person, and for the right movie and at the right time of the season, etc. Matt and I have been together now for 10 years, so I think it was finally safe to say he was the right person, lol. 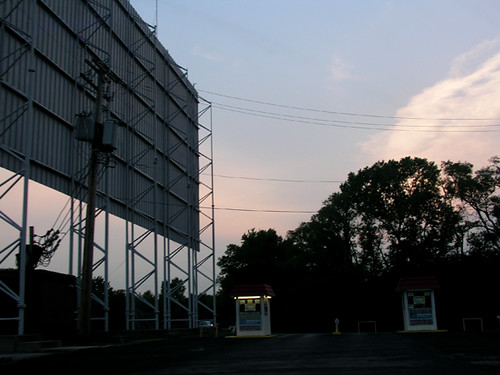 Like I said, this item was on my to-do list from last year. I added myself to the Cascade Drive-In movie theatre email list and for over a year they’ve been sending me the movies they are playing each week. Last year, without fail, when a movie that I’d finally want to see came to the drive-in, it would turn out that I had already seen it in the regular theater weeks before. So this year, I told myself not to rush into the theaters to see everything and save it for the drive-in. When it came down to it, I finally said if I wait for the perfect day and the perfect movie, it will never happen so when I saw the new X Men movie was playing I thought it would be good enough. 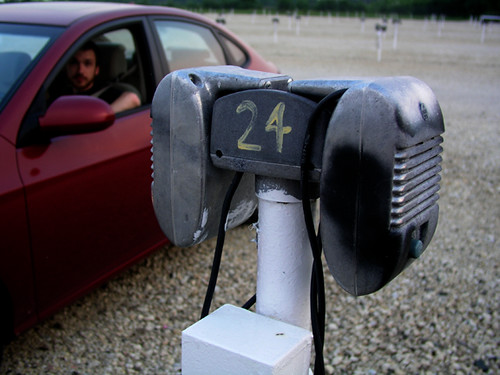 I think most drive-ins are usually double headers and this one was no different. Bridesmaids was the second movie, and although I wanted to see it, we ended up going on Wednesday, and we both had to work in the morning. We left it up to how we felt at the time to leave after the first movie or stay for the second feature. Also the movie theater was over an hour’s drive away from us. 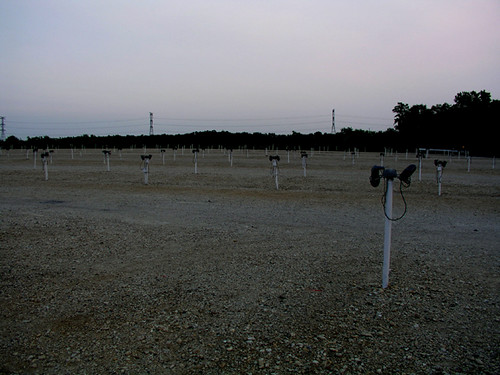 Keeping low expectations of the experience worked out because immediately driving in I knew it was going to be awesome and even better than imagined.  The lot was all gravel so you didn’t have to worry about mosquitos. They had the posts with speakers attached and before the movie began they were playing classic hits from the 50s. Both Matt and I really enjoyed that. The theater really made their best effort to make it like it had been back in the day. You could listen from your speaker on the post, put the speaker in your car or just tune to 88.5 on your radio and listen that way. We played the movie through our radio and had our windows open so we could hear from all the other speakers in the theater and it was almost like stereo coming from all directions. 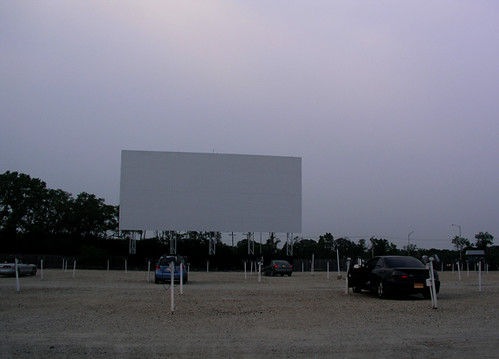 We got there about 20 minutes before the first show was supposed to begin (8:30 p.m.) and there were a few cars there before us. By the the time the movie began we heard an employee’s walkie-talkie announce that there were 110 vehicles and I saw more cars still pull in after that. So, they did decently for a midweek showing.  That day had been unusually hot, but by the evening it was so nice out. We were able to have the windows down and sunroof open and there was a cool breeze. If we go again I’ll try and remember to bring a blanket and pillows. 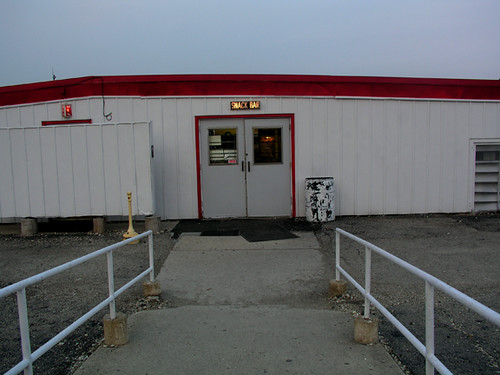 They had a snack shop where you could buy all sorts of goodies, and they didn’t seem too expensive either. Popcorn for a dollar! Who’s heard of that at a movie in the last 50 years? But beforehand, heading to the movies Matt and I picked up some sandwiches to bring with us. It’s a perk you can’t enjoy at the regular movies. You can also bring your pets and lawn chairs. There were several groups laying in truck beds or SUVs to watch the movie. Before the movie began I even saw people that brought a baseball and mitts to play catch. They also had picnic tables in a grassy area and permanent BBQ grills for anyone to use. 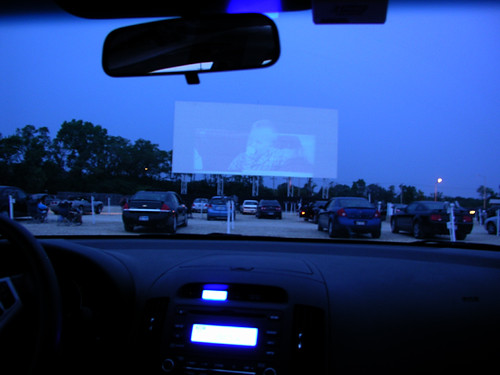 Probably because it wasn’t dark enough yet, the movie (or rather commercials) began about 20 minutes late. But once again to my enjoyment, they played all of these old classic commercials from long ago advertising things they carry in the snack shop. It filled in even more than in this picture above, but they kept all the cars in certain rows. I’m not sure, but I’d guess they could probably pack over a thousand cars in there. I can imagine how full it would be on a Friday or Saturday night. 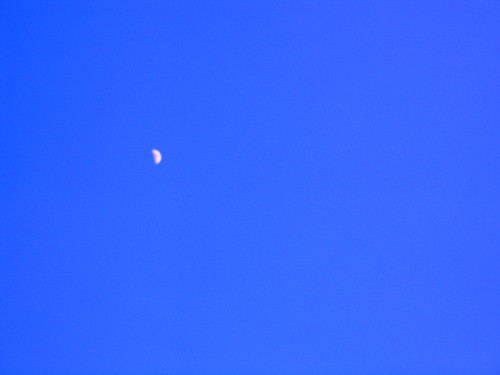 Here is a picture I snapped of the moon as it was getting darker. By the end of the movie the wind had REALLY picked up and  it had been so hot and dry the last few days that dust from the gravel started picking up. A couple times I got stuff in my eyes, and that’s not good for this contact lens wearing girl. X Men was good and it ended a bit after 11, even though Bridesmaids was supposed to start at 10:30. We were more than content with our experience, so we decided we were fine leaving early. Good thing too because a few minutes after we left the sky opened up and rained and poured the whole way home.

I had such a good time and I’m so glad that it was just Matt and I, but I’d definitely want to go again. I think it would be fun to get a group of people in multiple vehicles.  Also, I think they open up a full 2.5 hours before the movies begin so you really could make an evening of it with BBQing and everything.

9 thoughts on “Going to the Drive-In”