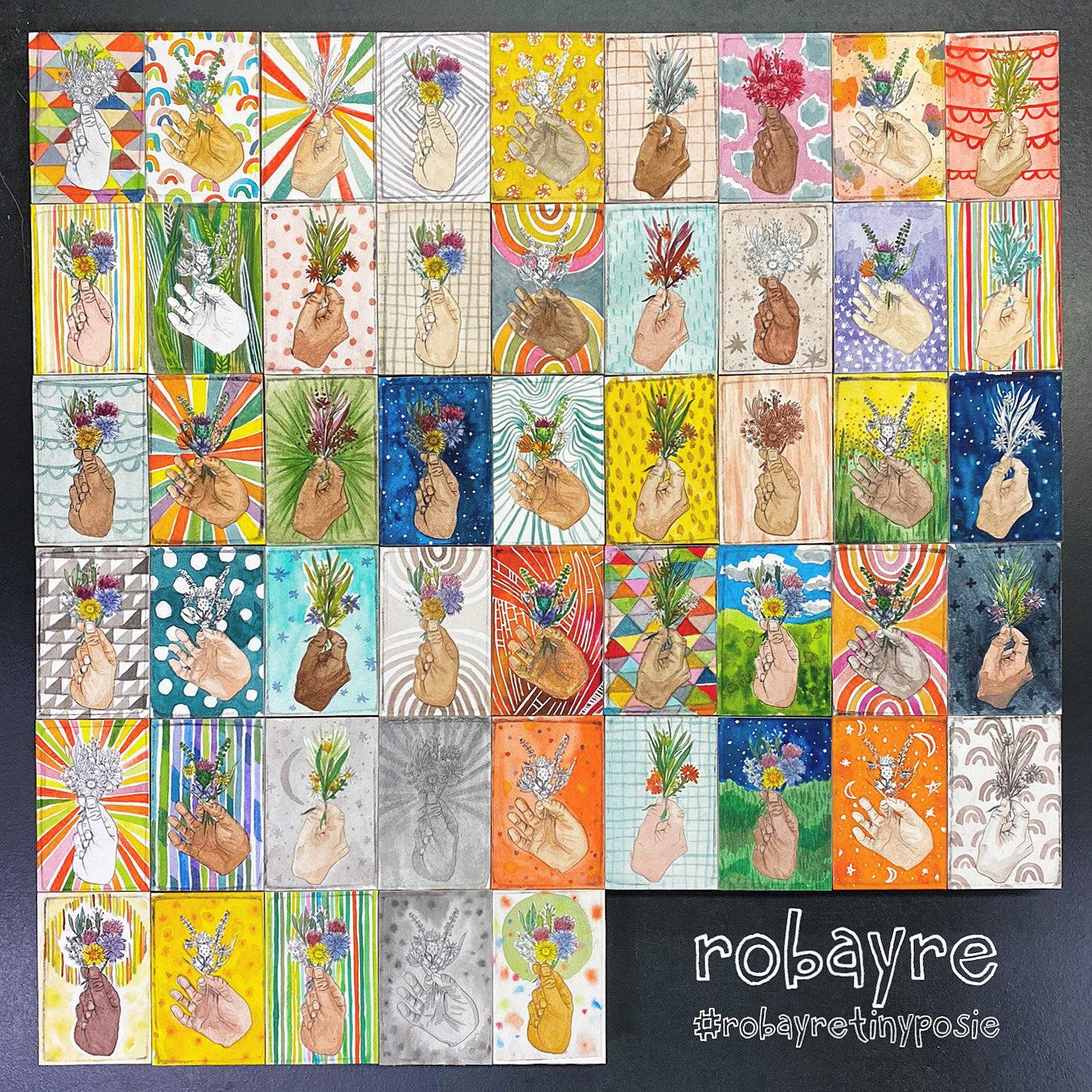 Earlier this year I had a couple conversations with friends where I realized and examined how backward my list-making habits were. I love keeping running to-do lists, and often keep the big exciting things that I REALLY want to work on at the bottom of the list as a way to motivate myself to get some of the smaller, less desirable projects done. While that seems like a good idea, the loooooong length of my project to-do list means that those things I most want to work on, rarely get reached. One of those projects that resides on the bottom of my list but almost never gets worked on is Art-o-mat. 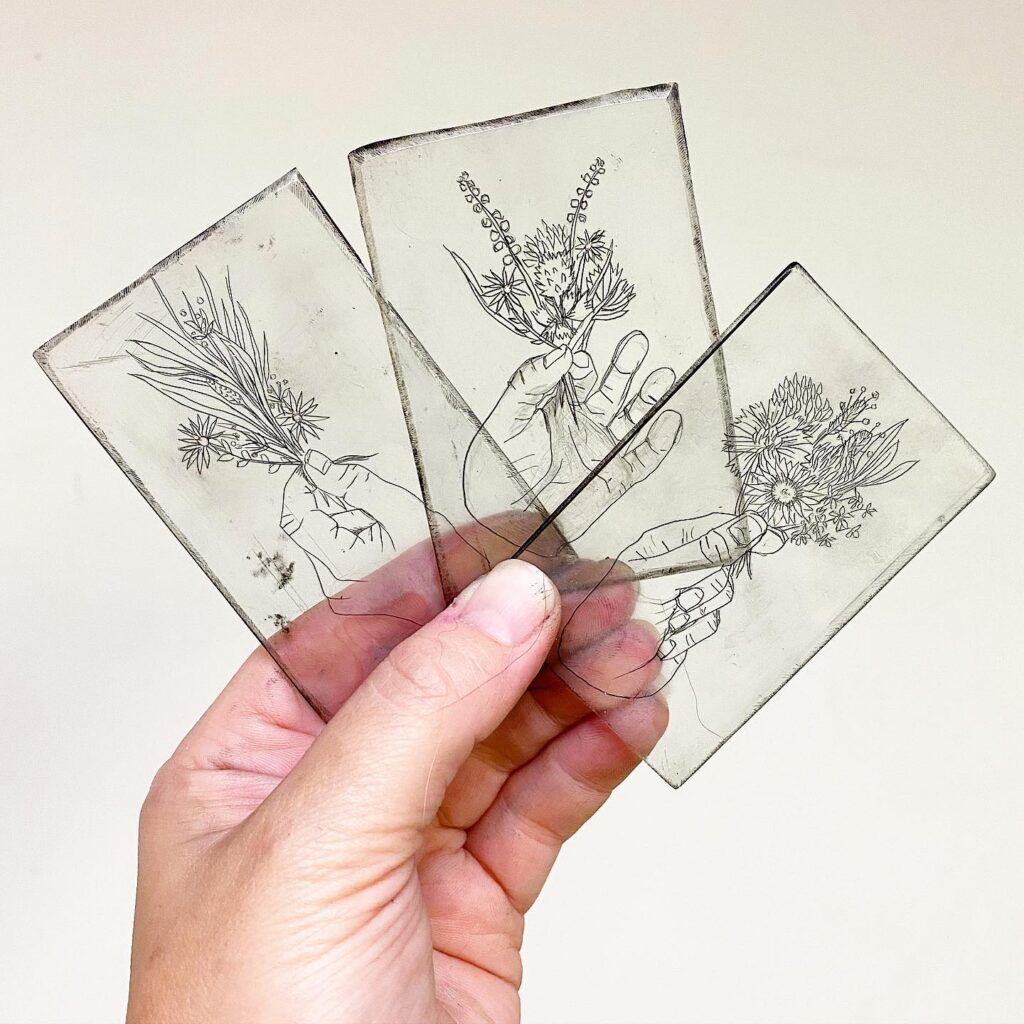 I’ve had a new series concept for Art-o-mat for a long time now. After what I just said about Art-o-mat never being worked on, you can only imagine how long ago it was that I originally had the idea. I finally sent in a prototype and got it approved in 2019. I wanted to make intaglio prints that were individually and uniquely hand watercolored.

After realizing that my to-do list making habits was preventing me from actually working on projects that are important to me, I decided to just skip straight to the bottom and work on this series. Since I had everything already worked out and approved, it was so fun to just GO! 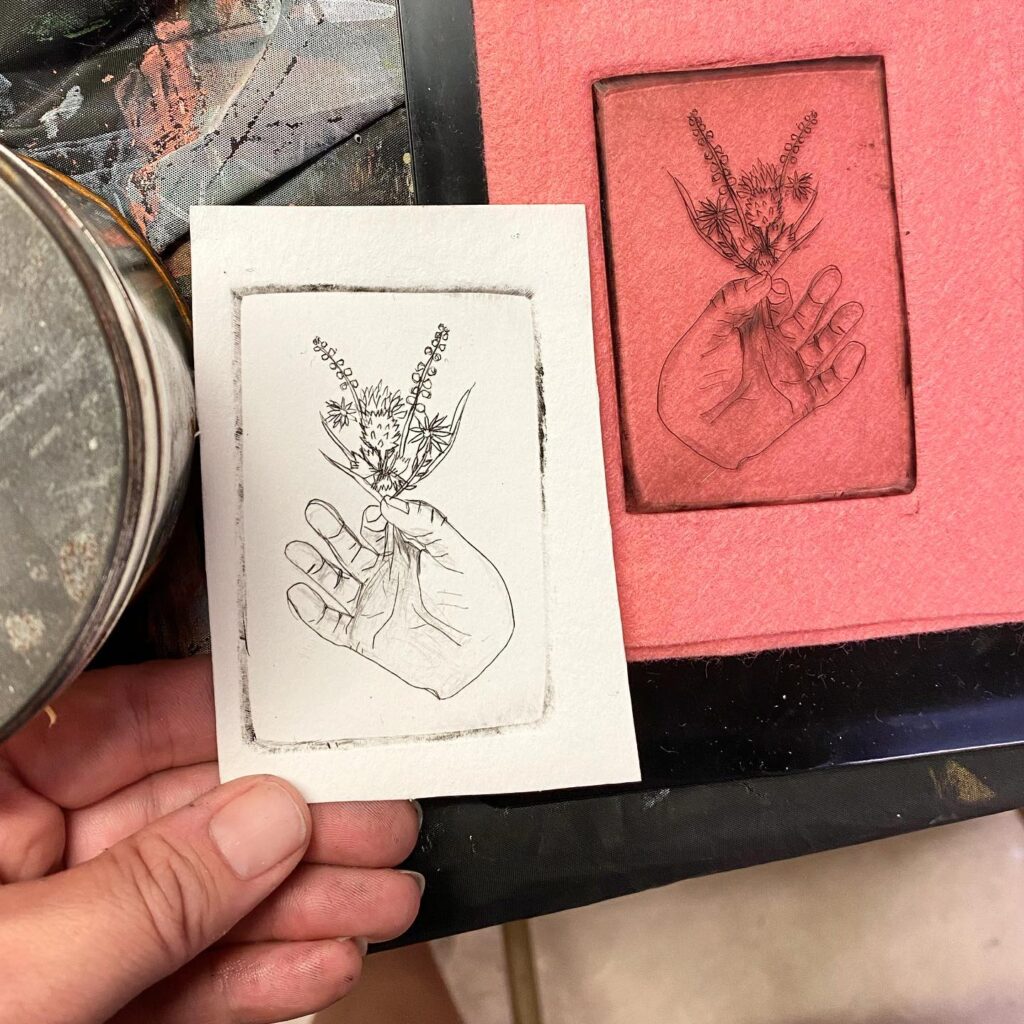 When I was in college I took all the printmaking classes, and one of them was intaglio. Mostly we used metal, but as an introduction to the concept we did a project on plexiglass and that always stayed with me. While I might not have access to acid baths and sandblasting equipment etc., I can buy plexiglass cheaply. After watching my mom and sister use a scrapbooking product for embossing, I realized it functioned very similarly to the type of press you use for intaglio, just MUCH smaller than the one I had used in college (perfect for small Art-o-mat artwork.) I found one that was on sale and snapped it up, not even knowing if it would work, but to my delight, it does! 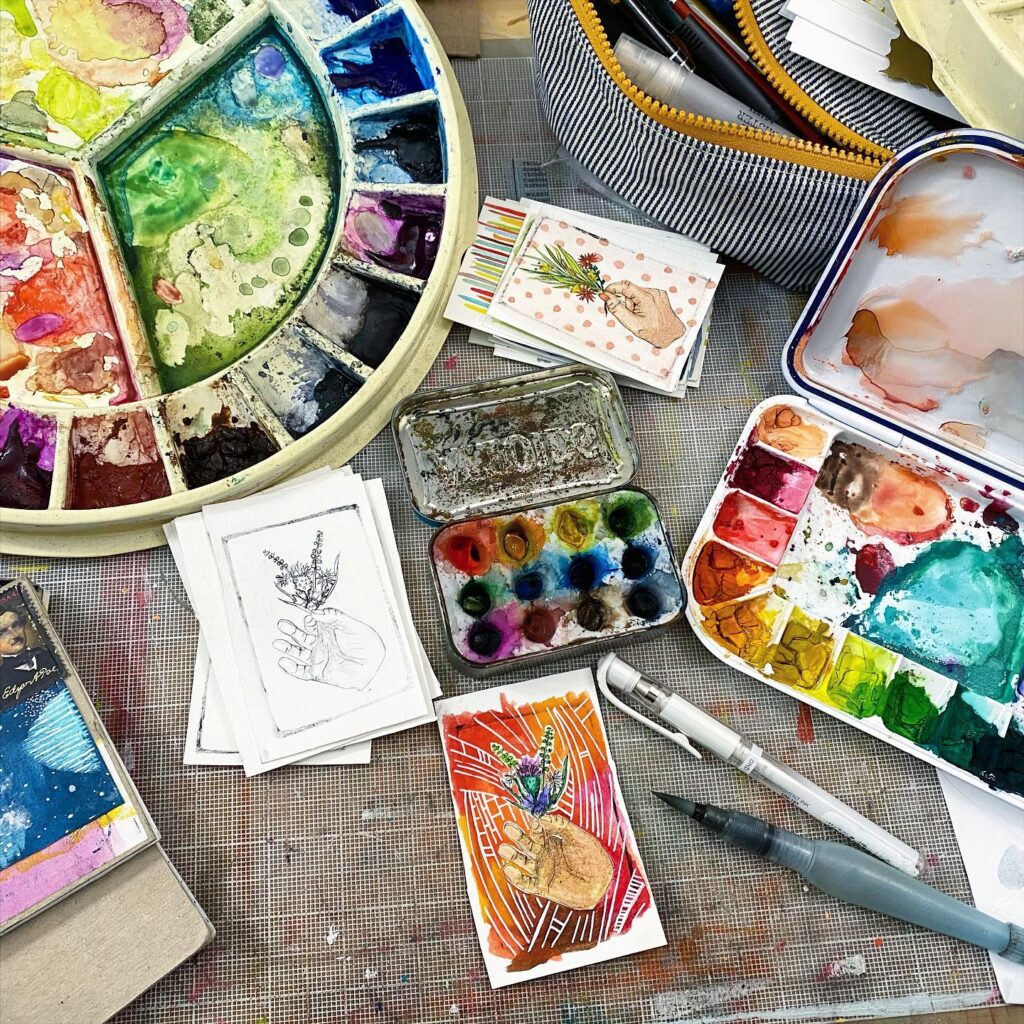 I somehow had the idea to combine this future Art-o-mat project with another ongoing photo project I have on instagram, #robayretinyposie. I drew three plates based on pictures I had taken and made prints. 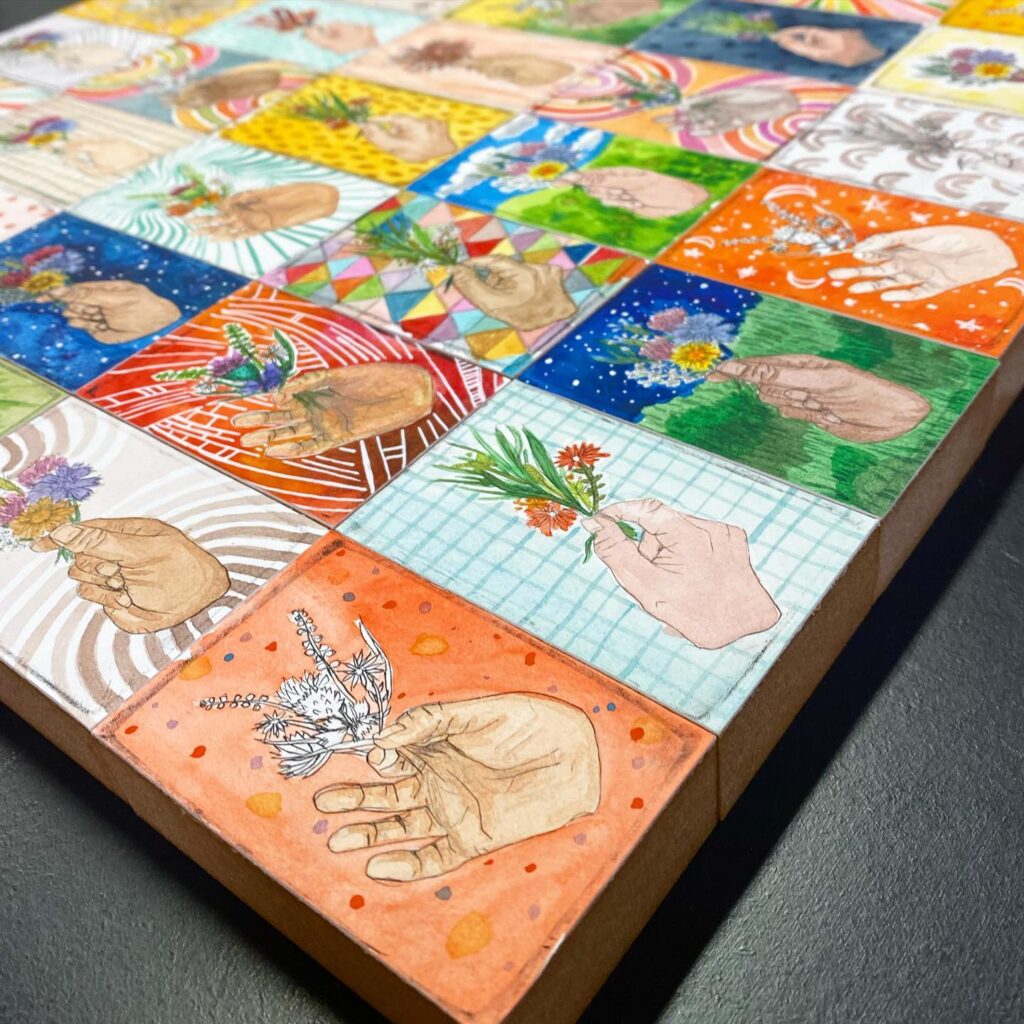 Whenever I contribute to Art-o-mat, I really go the extra mile and want the patrons of the project and my artwork to feel like they scored big. Each piece of artwork is sold for only $5, so I hope it is obvious that each piece is worth way more than that and thus held onto, cherished and displayed. 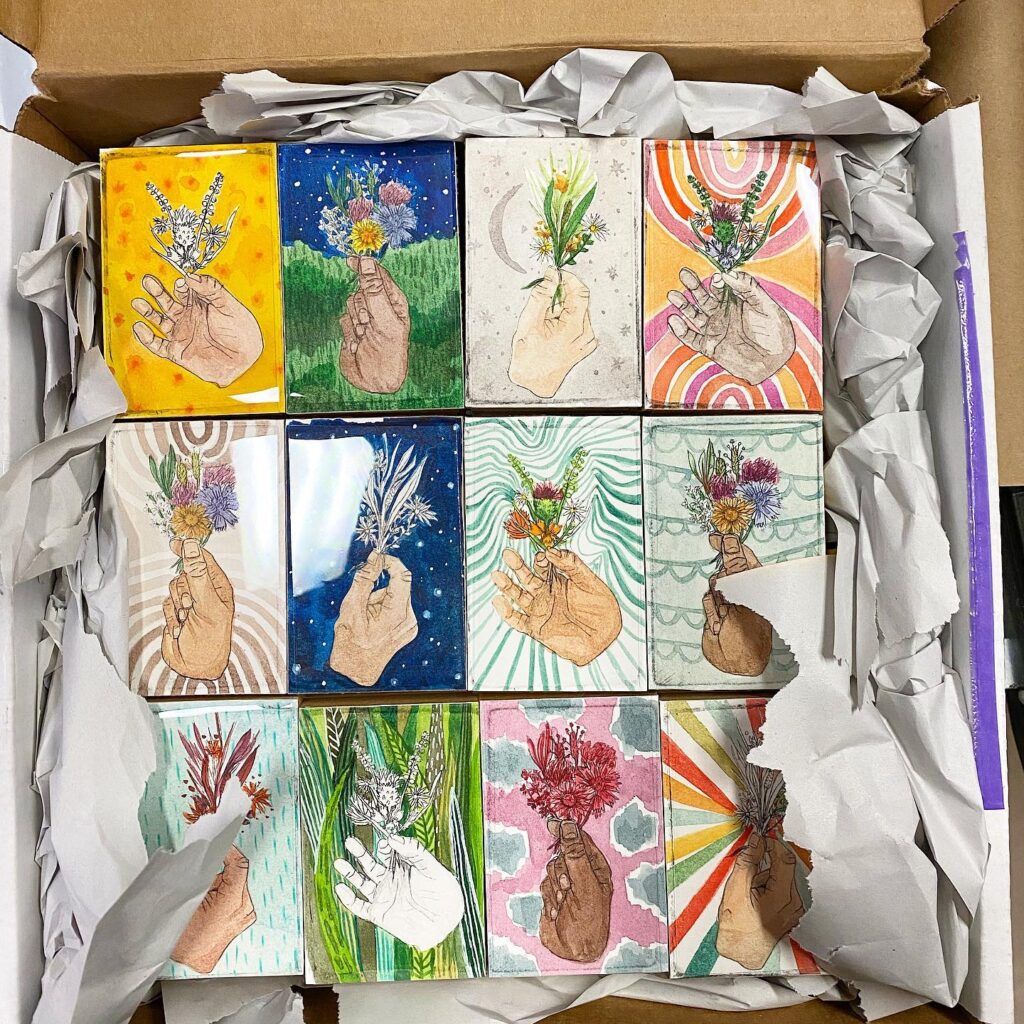 The pieces were mounted on wood blocks and wrapped in cellophane. This was the first time I’ve had this type of series, in the past my pieces were inside of a box. 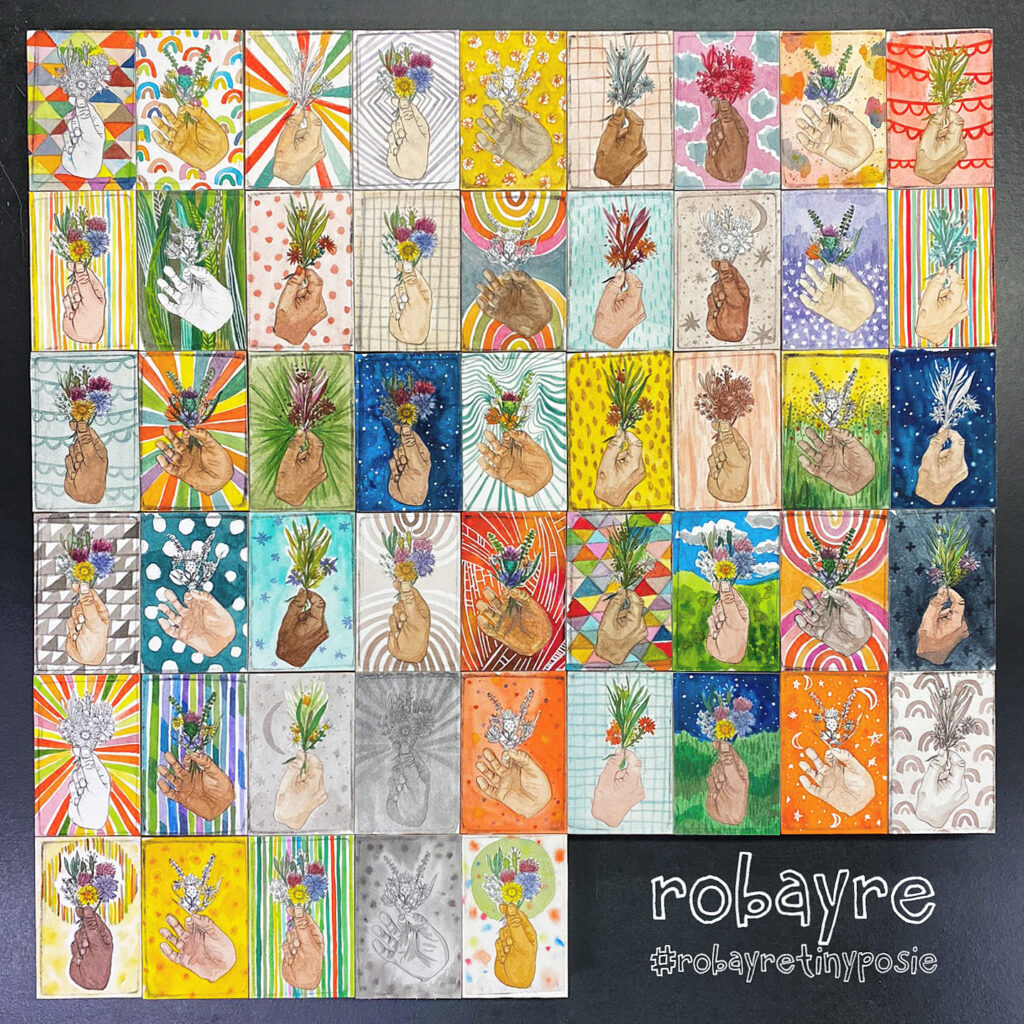 Once I started going, it was a quick project and so satisfying to complete something I’d been thinking about forever. It’s also really nice that I can always print more from my plates, or make new prints for a second series in this theme, OR a whole new drawing idea.