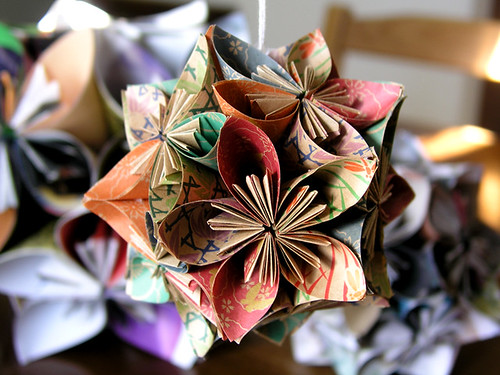 The other day Matt and I created our third annualKusudama Christmas ornament. This year, I’m proud to say, it’s actually size appropriate to fit on a tree, as an actual ornament. 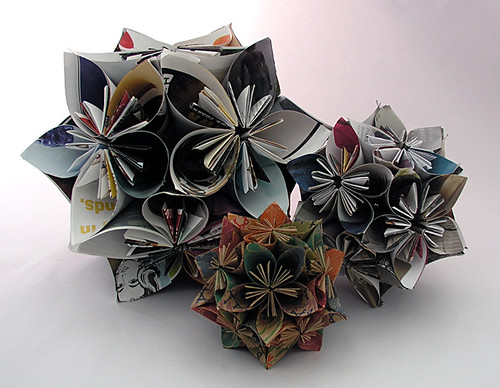 Here are all three years.

The first year I had a vision of making a bunch of them to cover an entire tree. Even though I reduced the size of the paper, it became obvious rather quickly that this was going to be too big and take too long to hang a bunch from a tree.

The second year, forgetting that I had reduced the paper size the first year, we made the ornament and it turned out GINORMOUS!
This year I used tiny origami paper (probably 3 inches squared?), while in previous years we used cut down old catalogs. Looking at previous years I realize we are getting better at this. The first year it took us 3 hours with both of us racing each other. It still took about an hour to make, but that is still much better than the first year.

If you would like to attempt one of these, the tutorial/pattern we used is here, and I also suggest a tape adhesive, rather than glue, like the tutorial suggests. If we had used a white glue, it would have taken about 6 hours and we would have thrown in the towel much earlier than that.