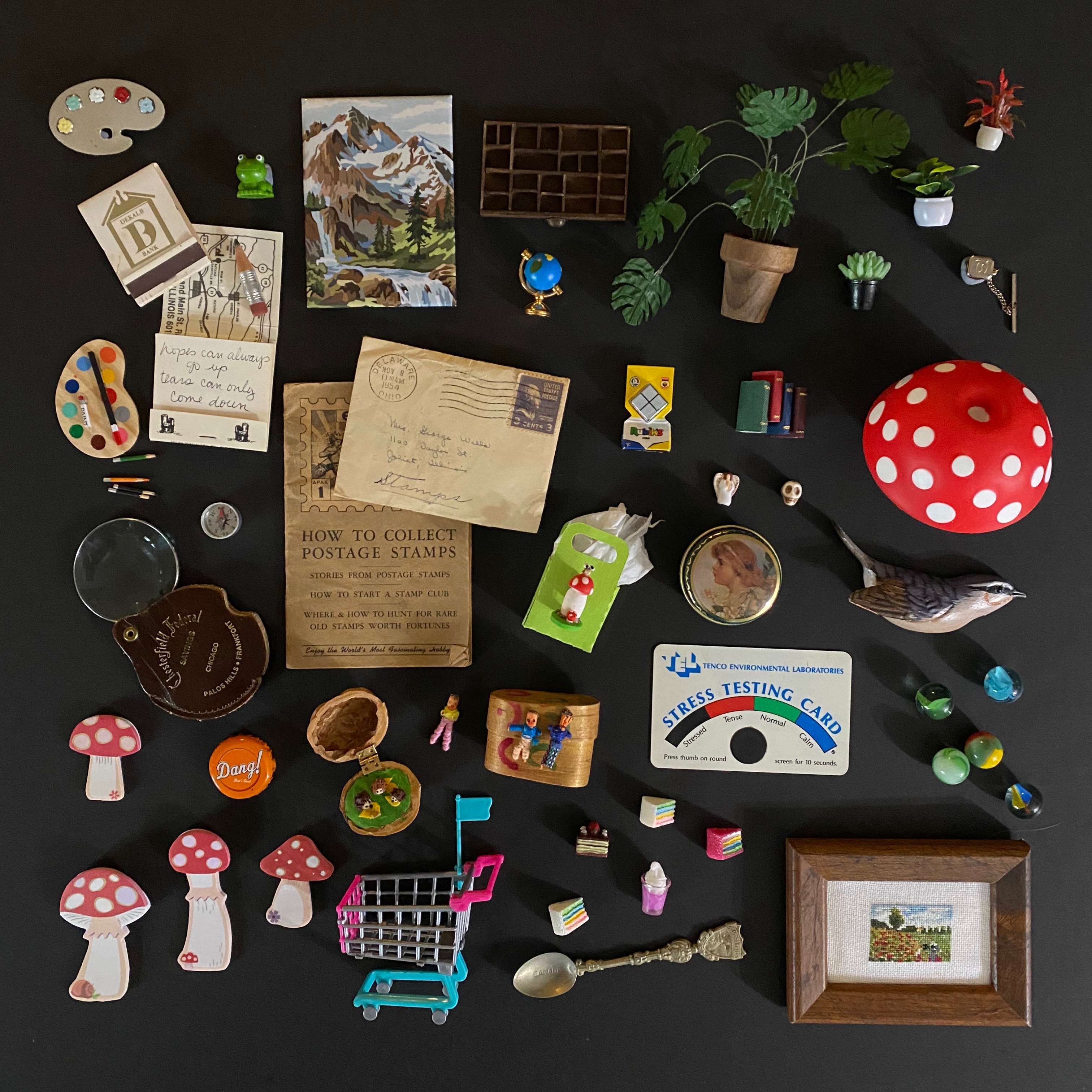 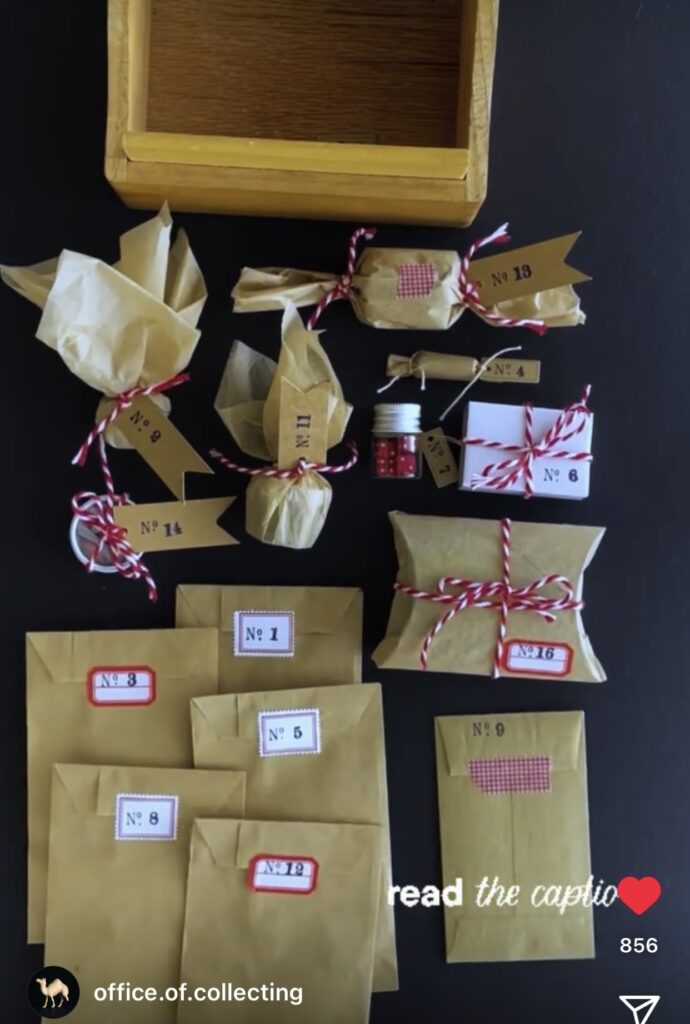 At the beginning of the year I threw my hat into the ring to try and buy a Half Lunar Countdown Calendar Box from the Office of Collecting, and I got in! I follow the Office of Collecting on instragram, and the lunar countdown element made me think it would be a fun gift to give my sister for her birthday. Since I had no idea what would be inside, I was really worried that she wouldn’t be as excited about it as I was, and be like “um, thanks?” I may have even preemptively apologized as I gave it to her. But I was wrong! I was REALLY WRONG! She was super into it. She sent me pictures everyday of the little treasures she opened and reassured me that she thought it was a great present. 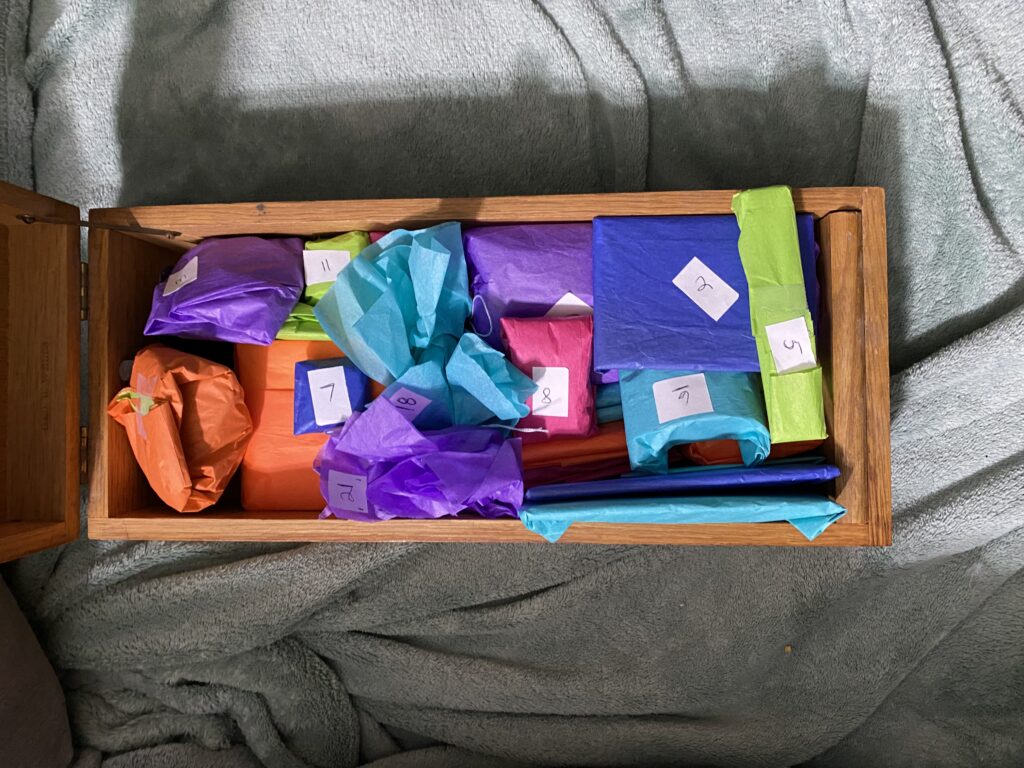 Little did I know, she liked it SO MUCH that it inspired her to make a similar box and give it to me for my birthday. She found an old box in my parents’ house and started hunting for treasures. My nieces and nephews were REALLY excited about it, and so I opened the first one when I got the box, and sent pictures of the other days. My sister shared the story behind getting her half lunar box from me, and how it inspired her to make one for me, and tagged the Office of Collecting account and Jessica (or whomever is on top of the social media accounts) commented and responded to her post saying they hope they get to see what was in the box for me.  At first, as I opened each gift I shared pics to our family chat, so the kids could see. After a bit, I realized I should also be sharing them on instagram, and created a highlight to share them all. 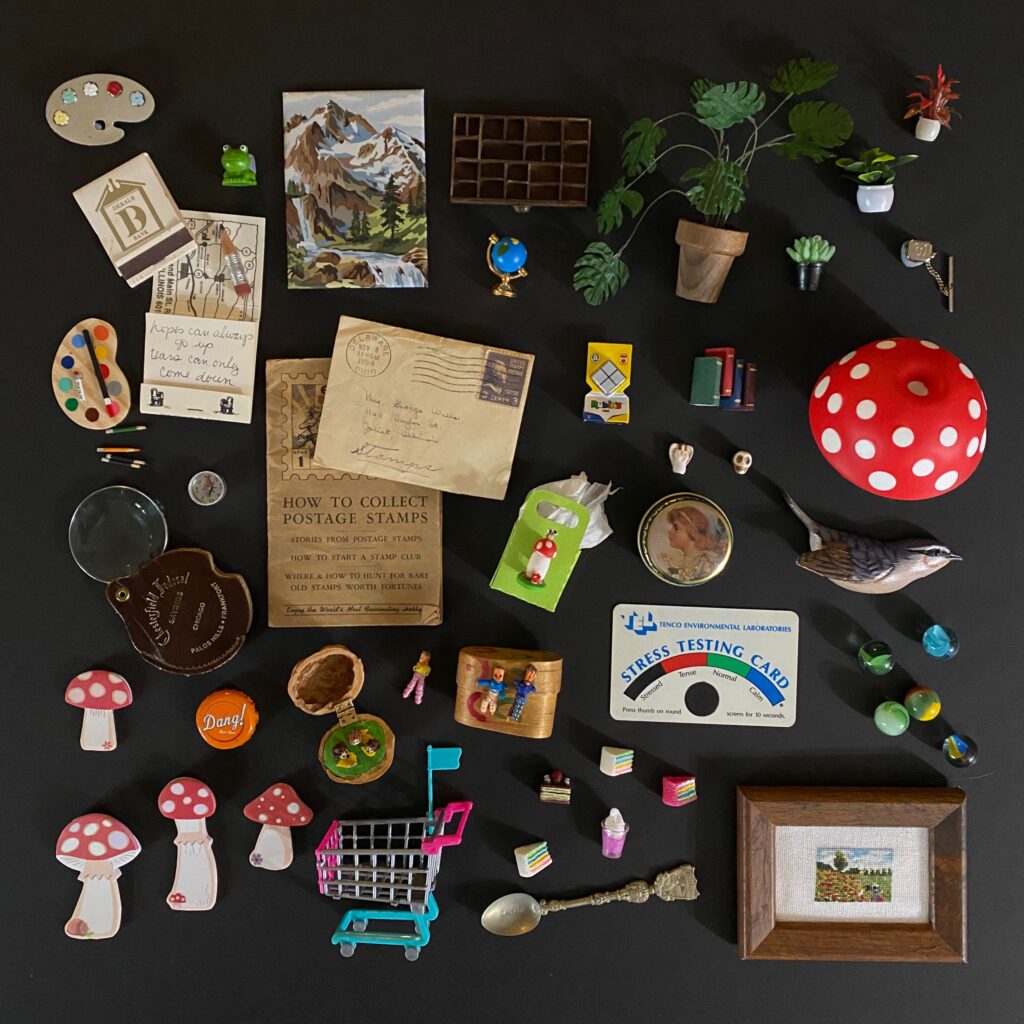 My favorite has to be the miniature shelf. My sister has challenged me to fill it now, and that is a fun and exciting challenge. I keep calling this type of box an advent box, for the boxes that people make to open presents during Advent, leading up to Christmas. The Office of Collecting called theirs a Countdown box, but the way we used them (my sister and I) were more of a count away, and not up to our birthdays.

This was so much fun, thank you Office of Collecting for the inspiration, and thank you to my sister for once again making my birthday so special!

Now, it’s time to figure out who gets the countdown box next?

One thought on “Birthday “Advent” Box”