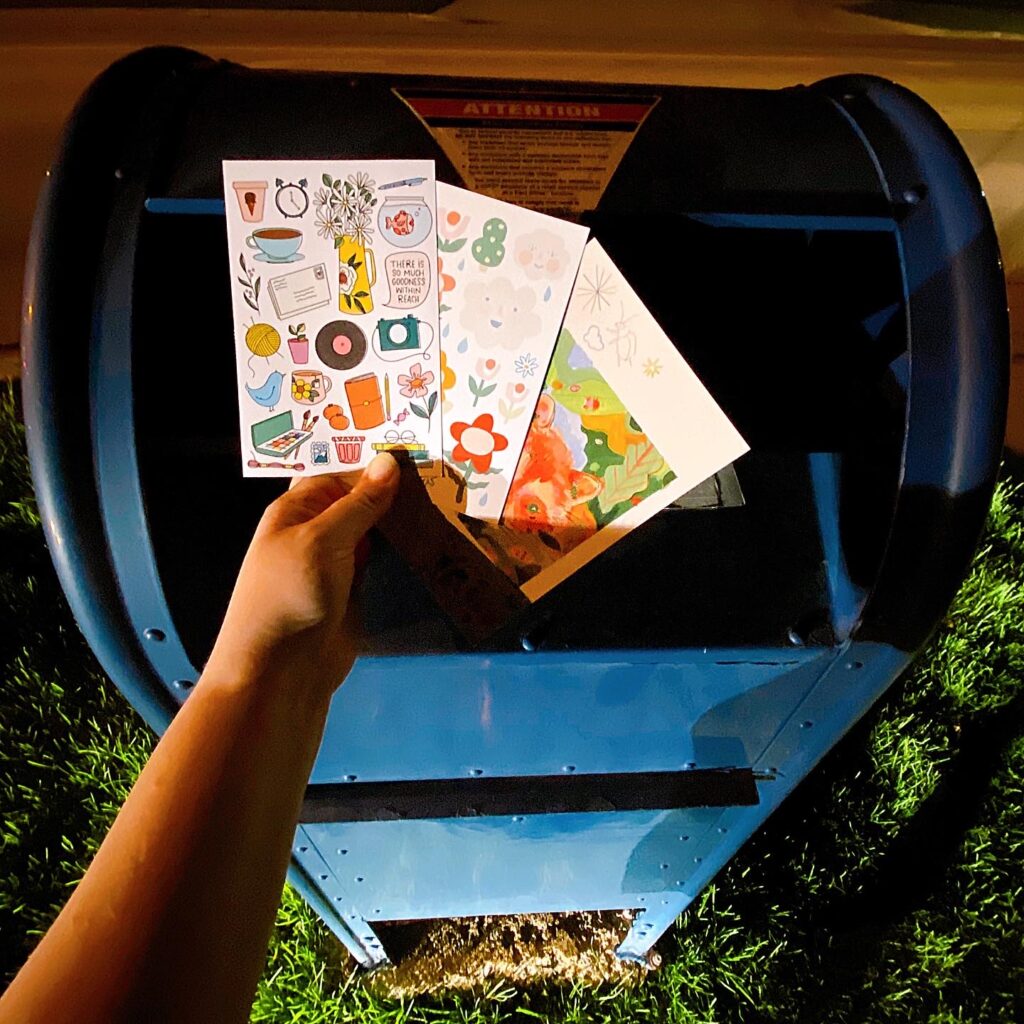 I did it! I sent out over 30 letters in National April for Letter Writing Month. I’m not going to say it’s my first time completing it, but I will admit that most times I remember are times where I fizzled out and either didn’t send out 30 or if I did, it took me 2 months to do it. 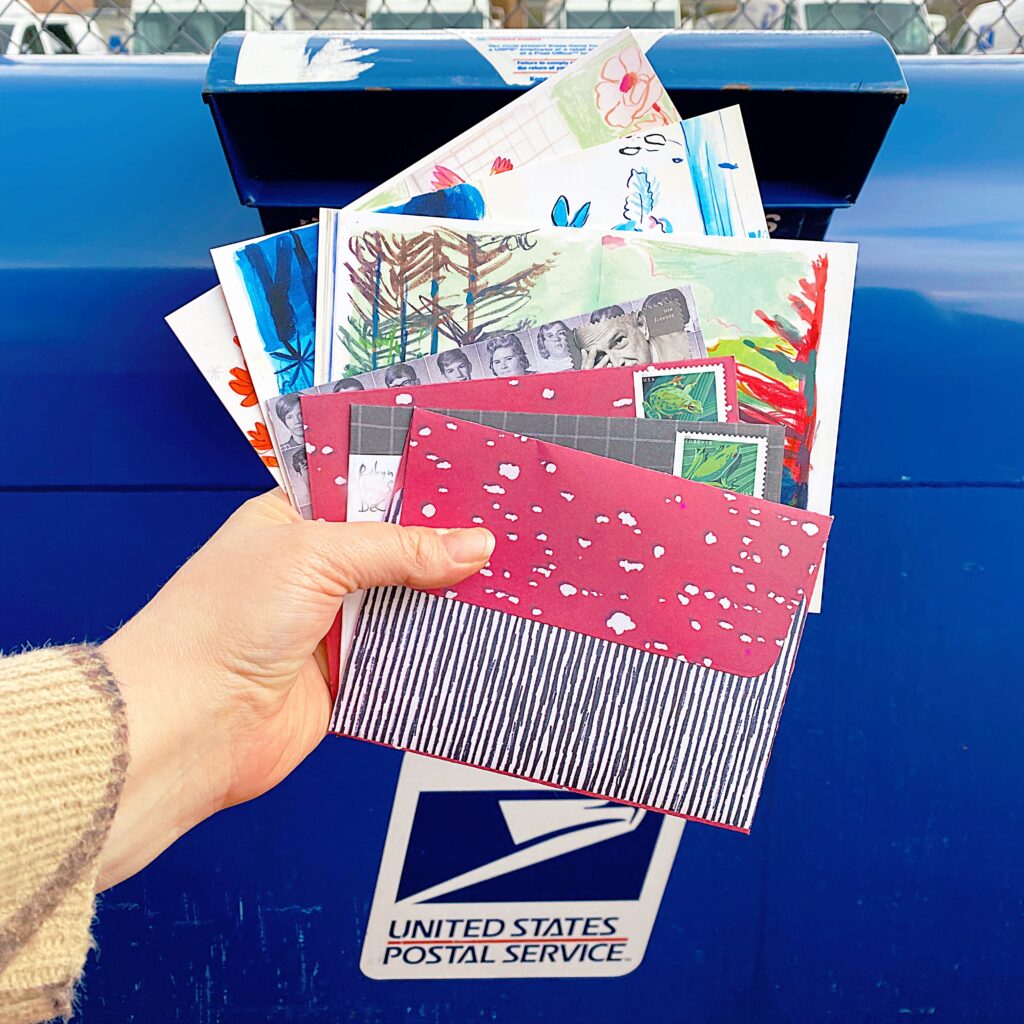 I credit my success this year with trying to not over do it, and keeping each letter as simple as possible. I have the tendency to go overboard when sending mail, and not just writing lengthy letters, but also including so many extras, even designing whole new products inspired by the letter and recipient. This time, I really stuck to just writing a letter, maybe throwing in a sticker, and hand lettering the envelope, the end. I always strive and hope that receiving mail from me is a whole thing, an experience. But for this April I tried to remember that receiving ANY SNAILMAIL is better than no mail. 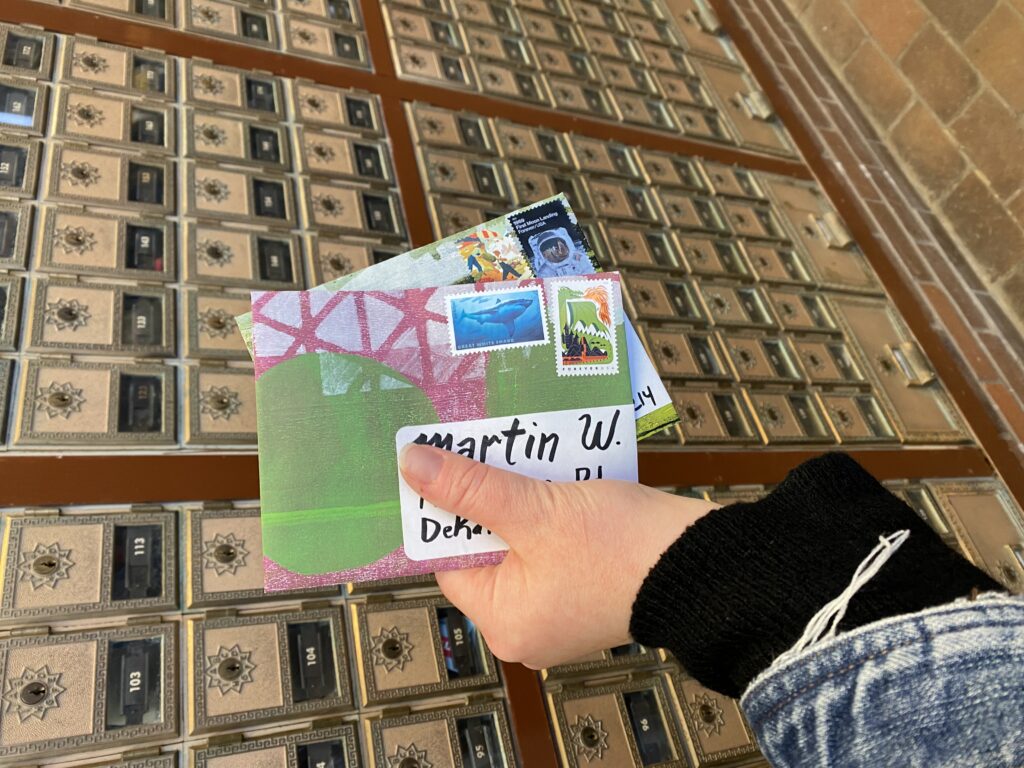 Haha! This pic has a whole story behind it. On Easter I was sitting on a couch at my nephew Martin’s great grandparents’ house and he told me “I wrote you a letter yesterday” and I was shocked because I had written him a letter just the day before! We hadn’t spoken about it or planned it or anything. THENNNN, when I sent these letters out I accidentally swapped the letters inside, so my 6 year old nephew got a letter to my friend Joon and Joon got a letter to my nephew. Joon was so kind to send Martin’s letter back to him and included a few extra goodies and he was beyond excited about it all.

I’m a stationery addict for sure, so I feel like I usually send out mail that I’ve bought from other stationers. This time around it was fun to send out so much of my own stationery. 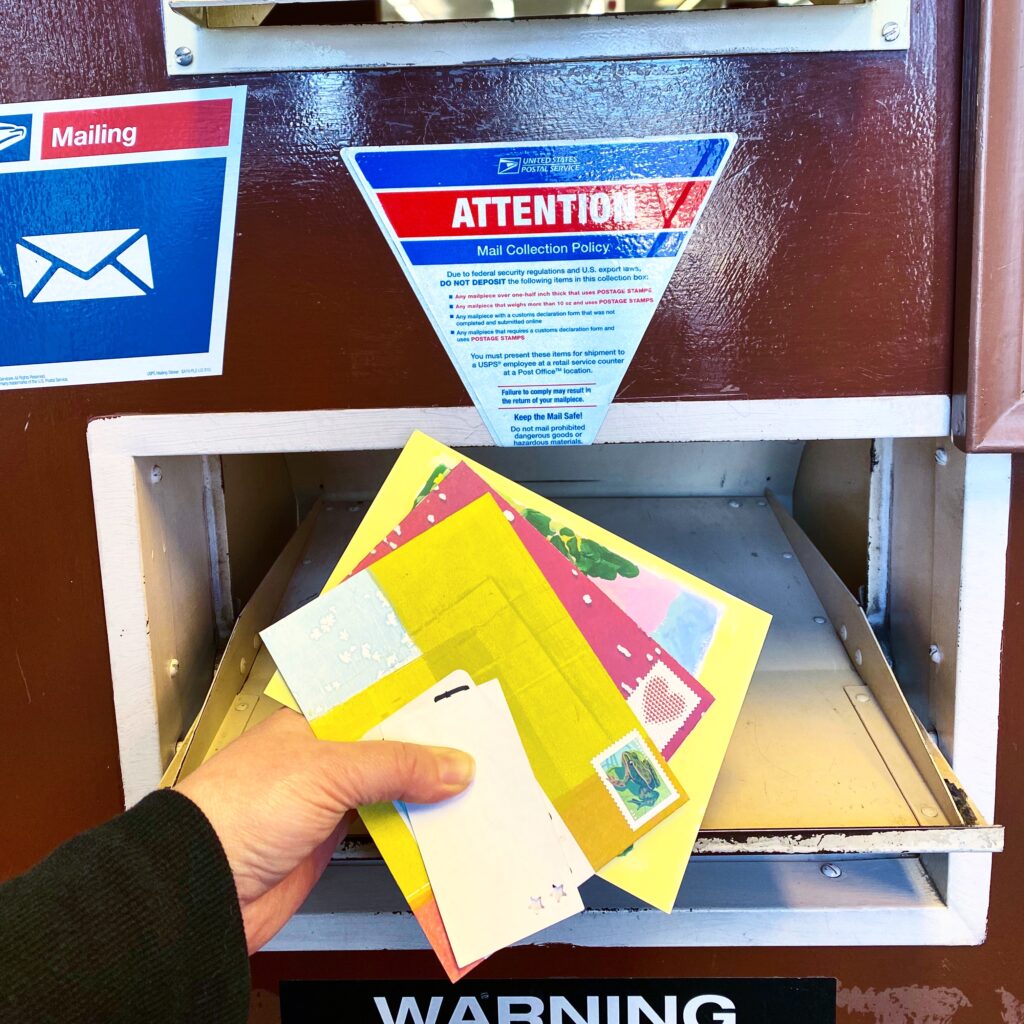 I also started sending postcards through postcrossing again. I had an account that I had started way back when postcrossing was new and I only sent out my own original mailart. As time went by, I started losing a passion for it, when postcards I had spent a lot of time and energy on would get lost in the mail or not registered, people would be constantly messaging me to do private swaps, and then I’d get matched with an account that flat out said they didn’t want mailart. But this April I decided to just go ahead and start using the account again and send commercial postcards. After I did so, I remembered that I had a second account just for that, oh well. It’s been fun to send and receive postcards from all over the world.