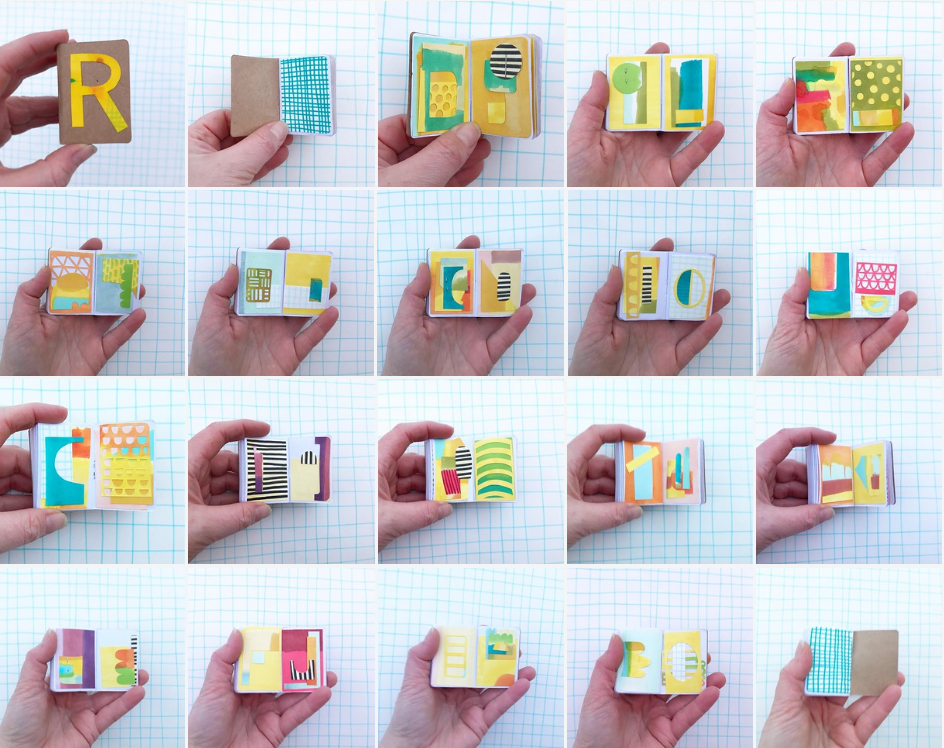 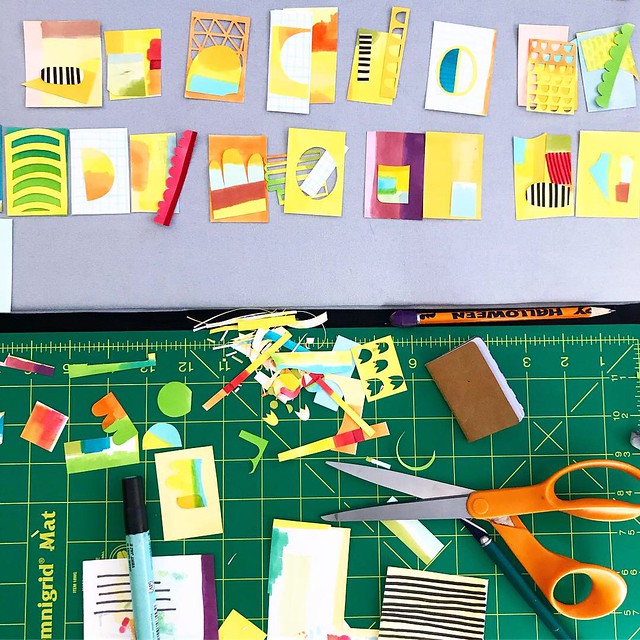 In 2009 and 2010 I created year long to-do lists. I loved creating and working towards crossing off things on those lists, but in 2011 when I still had a long list of leftovers (things that I still hadn’t crossed off yet) I decided to halt making new lists until I could catch up. (spoiler alert: I’ve never caught up). One item on my 2009 list (#23) was to send in my Sketchbook Project book. The project was brand new (still under the ArtHouse Co-op) when I purchased the sketchbook to participate. When the book I bought arrived I was SO deflated when I found what I expected to be a “real sketchbook” (ya know, thicker quality paper, possibly even a hard cover) was actually just a literal Moleskine cahier (ya know, super thin, flimsy paper, soft cover). It even had the pressed Moleskine logo in the back. I am not saying that the cahiers are bad, but at the time I was kind of snobbish and narrow minded about sketchbooks and that they were for literally sketching and making artwork in. Now I am more accepting to the idea of “sketchbooks” as being artists books in general. All the same, I spent enough on this moleskine that I felt I really should participate and added it to my to-do list. BUT, I could never make myself actually work in the book. I held on to it for soooo many years before I think I finally just used it for something else. Sadly. 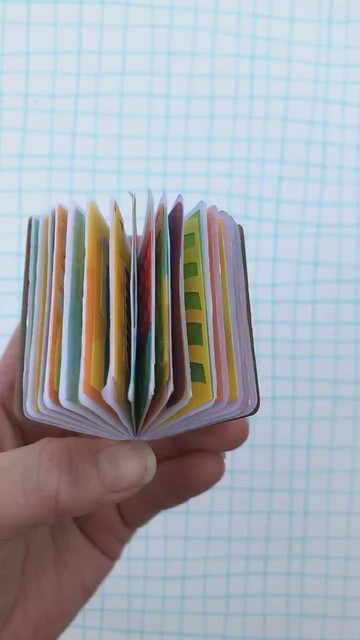 Fast forward to 2018 and one item on my 2009 list has haunted me… Send in my Sketchbook Project book. Even though that original book didn’t exist anymore, enough time had passed, and I felt like I knew more about what to expect, so I decided to purchase another book. Shortly after buying that, The Sketchbook Project announced a special project… THE TINY SKETCHBOOK PROJECT! To know me, is to know I love everything on a smaller, tiny scale, so I couldn’t sign up for it fast enough.

Both books arrived and they no longer use Moleskine (though they are very similar, they probably just found it more cost effective to manufacture their own version).

To make my tiny book I went with a yellow theme and ended up using Prisma Art Markers, decorating a lot of paper by hand, and then cut and pasted into the tiny journal I was sent. (The top image in the post shows how I worked on my layouts). I had originally planned on doing a lot of the One Staple Collage technique, but it only took a page or two before I realized my book was going to get waaaaay too thick, so I limited the staples and even with just regular collage my book ended up being so thick I was afraid the cover would split when closed, so I had to remove a few spreads in the center. 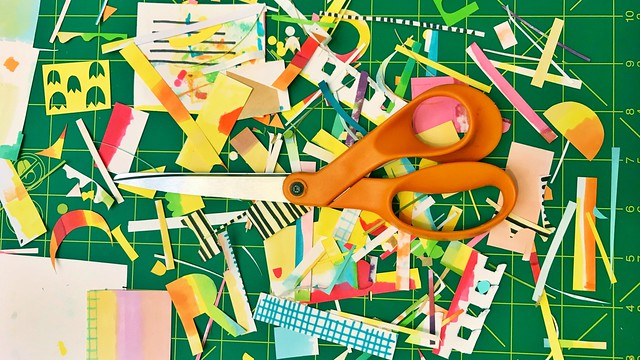 I finished and sent my book in by the deadline and so I count that as a HUGE SUCCESS and am crossing off that item on my 2009 list. When I ordered the book, I paid extra for “digitizing” so hopefully they will get it scanned in soon and people can virtually check out my book online, as well checking it out irl at the Brooklyn Art Library and when it travels (by suitcase) to fun destinations. 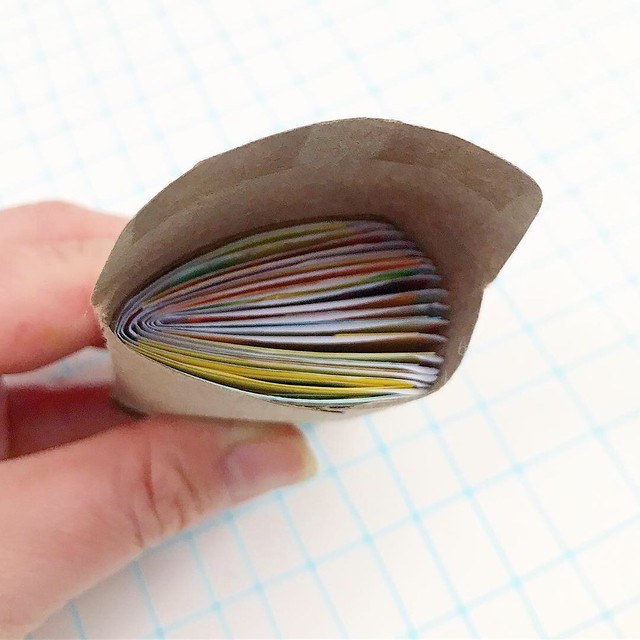 Somehow I got the book to fit in the tiny little envelope. I took pictures of each of the spreads, and you can see those and more here in my flickr photo album for the book