Drifting Off and Cloud Rainbows 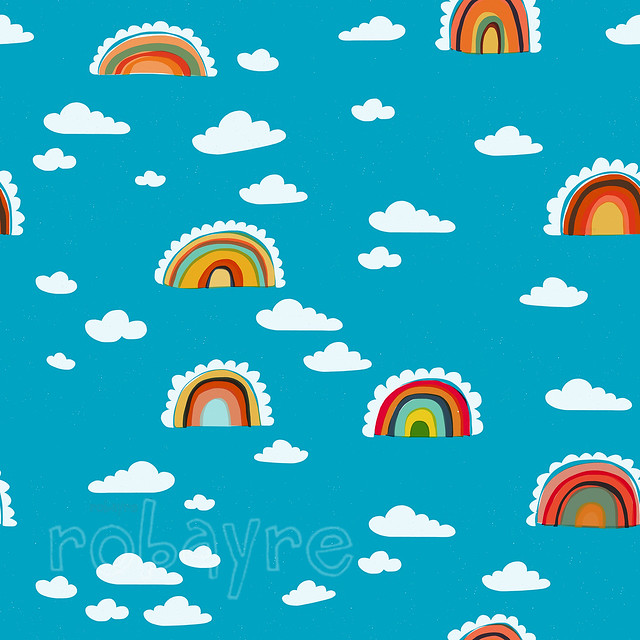 Earlier this year I read this where a person said that before falling asleep they think of the people they like, receiving good news. I think about that occasionally ever since reading it because 1. it is such a sweet and altruistic idea, and makes me so happy. 2. Maybe what we think of in those moments before we sleep can be seen as a snapshot of our inner thoughts and true being. and 3. Now I like to ask people what they think about in the moments before they fall asleep.

Matt said he doesn’t think, and I believe it. His head hits he pillow and he’s out (sometimes even before that point). Matt’s Mom said she counts.

I almost always like to think of art and making. Creating, art materials, concepts and ideas around art.

When I was young I used to have insomnia. When I was in college we were required to keep a daily sketchbook (a page for each studio class each day). I slept with my sketchbook in the bed next to me, and that is probably when I started thinking of art before sleep, and also when I probably stopped lying in bed all night watching the clock of doom tick away. Often, I’d reach over and scribble out ideas or sketches that I had in half (or full) dreams. It’s where I had the idea for my ongoing Circle Series. Actually, at that point, I didn’t have my sketchbook in bed with me, so I rushed into the kitchen and drew this out on my dry erase board on the fridge. I had been wanting to work in a way where I could use a lot of different mediums and styles, and still incorporate them into one cohesive body of work. 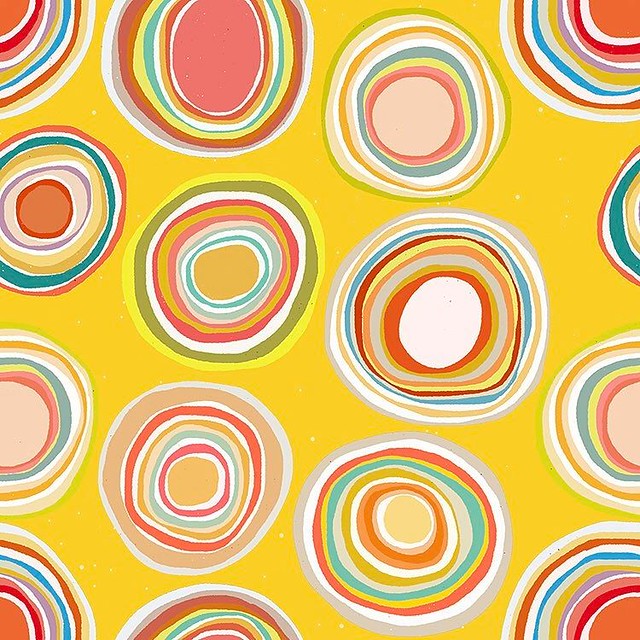 Earlier this week I had another one of those ideas right as I was falling asleep. I grabbed my phone this time and used an app to scribble it out. I had the idea of the “Bright” pattern I made (above), but cutting the circle in half, essentially making it into a rainbow shape. Originally, in my head I think the half circle rainbows would become like a scallop pattern, rainbow next to rainbow, next to rainbow. 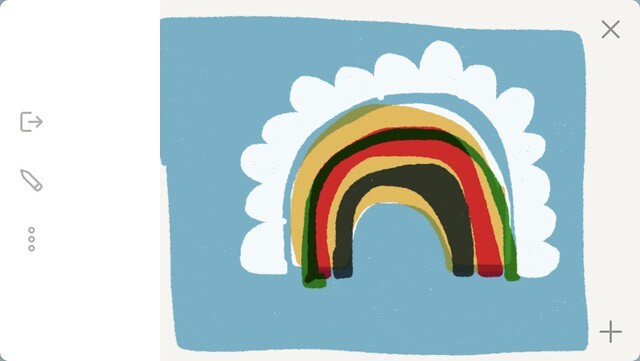 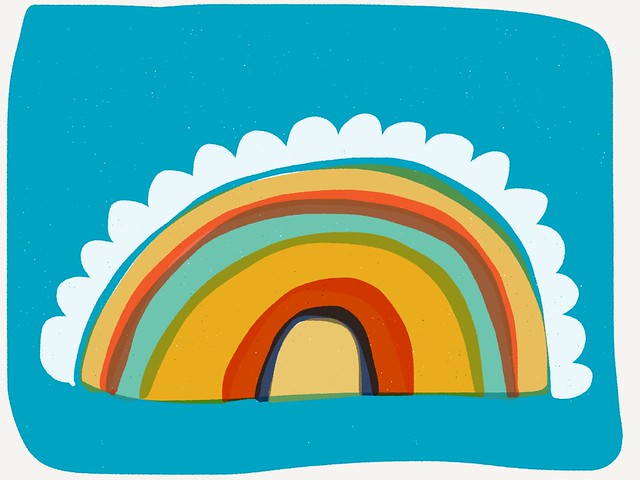 On the left the idea I scribbled out at night, and on the right, one of the final “cloud rainbows”

I’ve been thinking that I should try some patterns that are not so tightly fit. A lot of the patterns I make are pretty packed because when I use fabric and sew I know that if things are too spread apart, and fabric is cut small, you don’t get to see much of the pattern. I’ve just long preferred tiny patterns on fabric, ever since my first days of making yoyos as a teenager.

When I thought of this new pattern, I thought it might be nice to switch it up. I thought of it more in terms of larger fabric pieces (fashion or upholstery), perhaps because of the influence of Society6 and Spoonflower on me. I also have been working on a different scallop pattern series already, with gelli printed papers, so I decided to really go with a “rainbow” feel. Since the rainbows would be more spread apart, I thought I needed to add another element, so I thought of adding clouds to the background, and that was when I had the idea to add an actual scallop, cloud-like edging, to the outside of each rainbow. 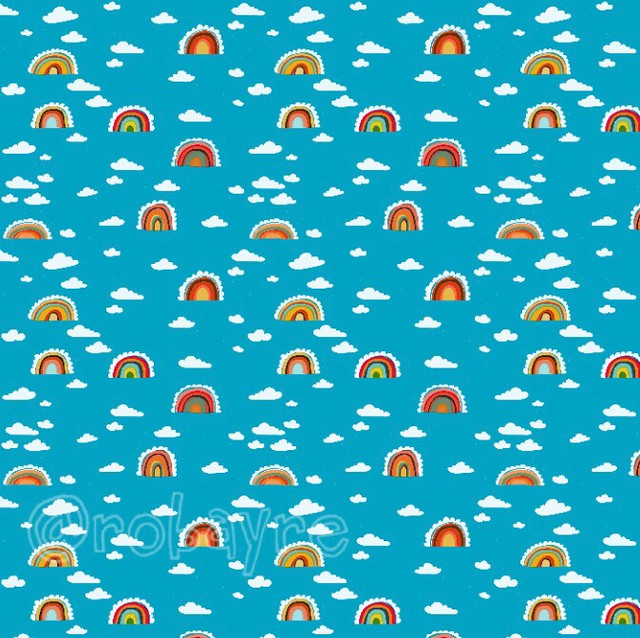 The whole pattern feels kind of dream-like, so it was appropriate that it came to me the way that it did. Here is a 3×3 repeat of the pattern, so you can see what it looks like on repeat overall.

Last night I had another idea, only, stupidly I thought the idea was concrete enough that I’d remember it in the morning and of course, it’s gone. Word to the wise, dream ideas are never concrete. Maybe it will come back to me again tonight.

What do you think of before going to sleep?

One thought on “Drifting Off and Cloud Rainbows”