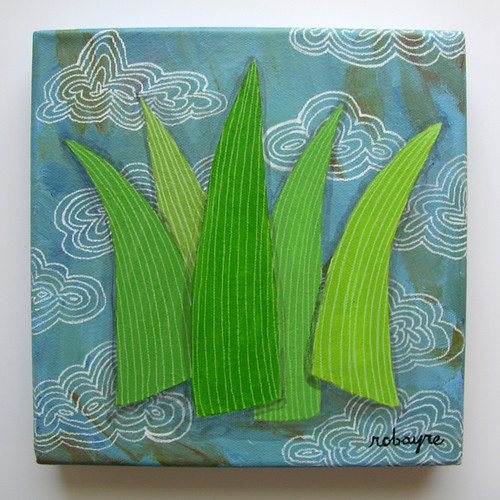 I have 3 brand new items to share with you. One is the painting above that I shared progress shots. I added a touch of shadowing, gave it a matte varnish and then signed it and now it’s in my Etsy shop. It’s on a really nice deep canvas, and would make a great piece to hang on a wall, or even just stand on a table or desk. It’s the 6th piece in this series of canvas paintings. Earlier today I decided to create a flickr set where I put all of my grass themed artwork and creations. You can see it here. 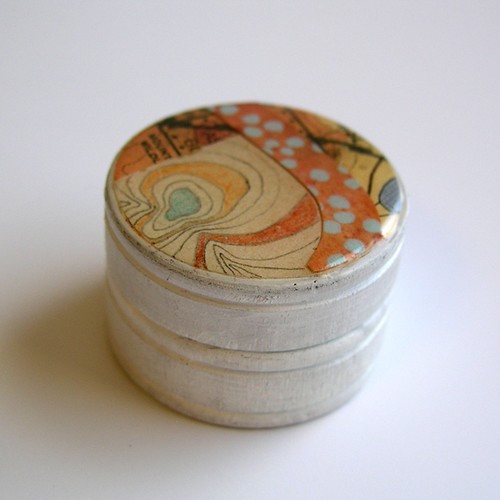 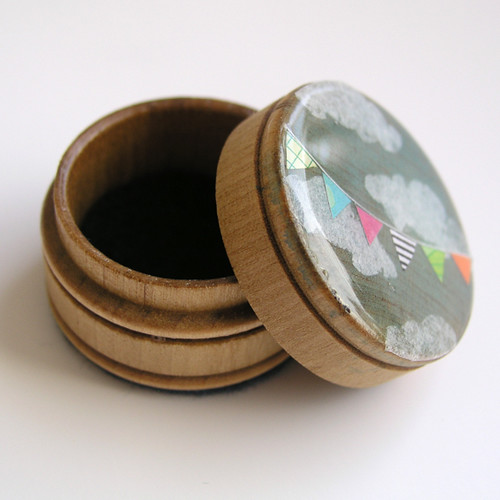 I also added these two (orange and bunting) little treasure boxes. I think I shared the one on the left way back in August, when I started working on it during the “august challenge”, but now it is complete. Both boxes have images on the lid which were then sealed with a high gloss resin finish. The inside has felt to protect the treasures you would keep in it, and the bottom has another piece of felt to protect any furniture you might set this on. They would be perfect for keeping small precious items inside, but I think, would also work wonderfully as a gift box. Tonight Matt and I watched the first episode of Mad Men. I know, we’re a little behind the times. It was probably during the first or second season and I had no idea what the show was about. I caught part of an episode and it made me so uncomfortable. It wasn’t until later that I found out that was what the show was all about – a commentary on how things have changed since then (the show takes place in the early 60s). Knowing this now, the first episode makes it very clear, and it was actually hilarious. I just remembered these illustrations that I saw from my flickr contact Juliabe, where she did drew the ladies of Mad Men in her “moleskine girls” style. I love this piece.